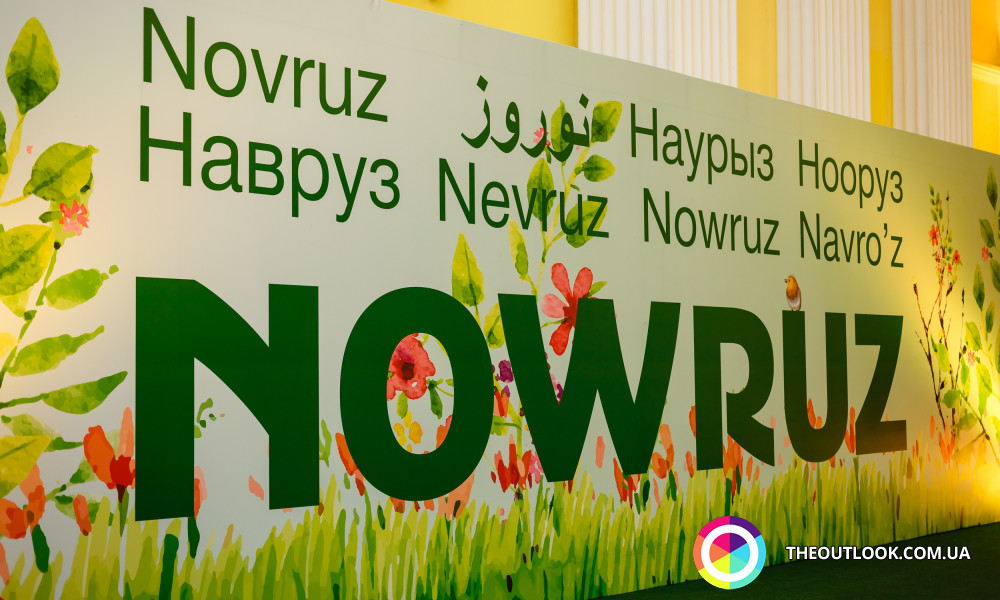 On the 21-st of March, 2017, in the Column Hall of Kyiv city state administration the celebration of international holiday NOWRUZ happened. In the hall the congratulations with NOWRUZ were articulated in eight languages! On behalf of the diplomatic service there was a greeting speech from the Ambassador of Turkmenistan Nurberdy Amanmuradov. The Ambassador congratulated all the colleagues and guests with the coming of spring and wished the friendship and prosperity!

The event has been attended by the Ambassadors Extraordinary and Plenipotentiary of such countries in Ukraine as Afghanistan, Bulgaria, Belarus, Hungary, India, Romania, Pakistan, Palestine, Portugal, Macedonia, Syria, Kuwait, and other diplomats as well as representatives of profile ministries, social organizations, and mass media. The students from Iraq and Ayaz Farhat immersed those who were present in the waterfall of traditional dance ‘dabka’ accompanied by the song in Kurd language ‘Nowruz’.

Nazgul Shukaeva along with cello player Janna Marchinska brought a lot of joy to the public by performing Kazakh song ‘Kundiz koktem’. The embassy of Kyrgyzstan also prepared the vocal gift while Burul Sultanalieva amazed everybody with her unusual singing.

Simultaneously with the colorful concert program the guests of the embassy of all the hosting countries made guests familiar with the exhibitions of folk creativity at the boards of which the materials about the history and arrangement of NOWRUZ were represented. The traditional embroideries, routine objects, hand-made crafts, plates, decorations, and textile kept visitors joyous. So as to feel the holiday better, organizers tasted all the guests with national dishes such as pilaff, flapjack, pastries, and delicious beverages!

The reference: on the 19-th of February, 2010 at the 64-th session of General Assembly of United Nations Organization the Resolution ‘International Day Nowruz’ was accepted. According to the Resolution, General Assembly of United Nations calls all the members-states for ‘making efforts to increase the level of public awareness concerning Nowruz and organize annual events in the recognition of this holiday’.