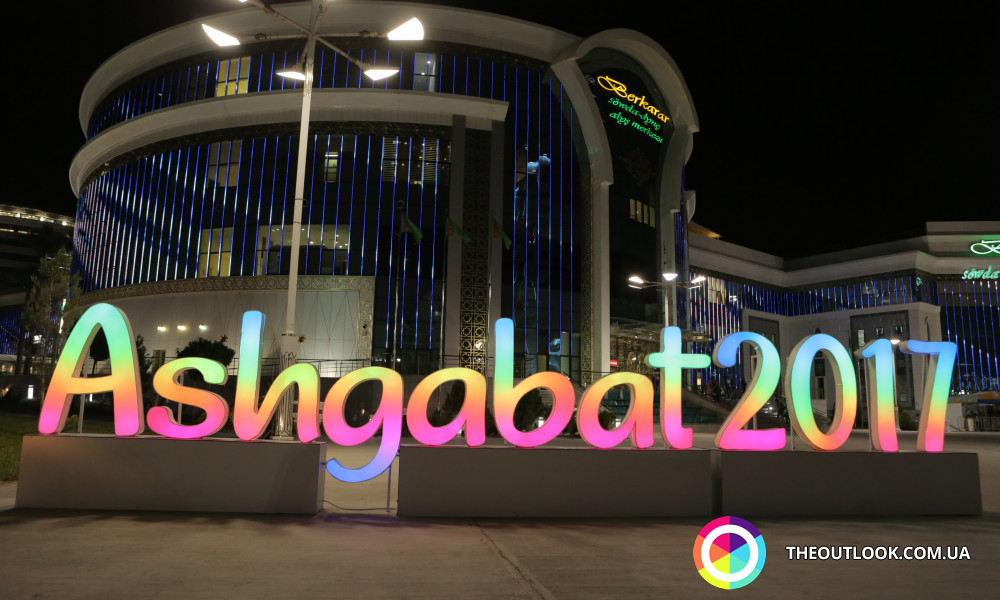 On the ground of Ashkhabad OUTLOOK observed the beginning and course of legendary sports holiday at the Fifth Asian Indoors and Martial Arts Games which awarded all the guests with the spectacular show. After the finish, the tournament table honors the real winners-hosts of the event. The team of Turkmenistan won 245 awards among which there were 89 golden, 70 silver, and 86 bronze.

Among the leaders there are Iranian sportsmen who have 118 prizes among which there 36 of the highest category.

On the 27-th of September in the evening the common attention also was attracted by Ashkhabad Olympic stadium where the official closing ceremony took part.

Let’s recall how this wonderful event was going.

The guests of Asiada were invited in the magnificent white-snow Ashkhabad and specially built Olympic stadium. The symbols of the competitions were chosen stallion of Akhal-Teke breed, the nation’s heritage that embodies health, the symbol of National flag crescent that demonstrates enthusiasm, star as the element of flag of Olympic Union of Asia, the reflection of nation’s friendship. The mascot looks like the flying bird symbolizing the tendency of the country to the highest purposes. The courageous, brave, and proud dog Central AsianShepherd called Vernyy was chosen as the mascot. The sportsmen from different countries-participants enjoy the glory of hosting city. Everybody caught breath waiting for the beginning of the great opening ceremony.

The beginning of the action resembled the video-narration on the history and traditions of Turkmen nation. It was followed by the presentation of kinds of sports of upcoming martial arts. The performers unimaginably descended from the top of magnificent stadium. The action that impressed with its scale overwhelmed all the arena with sound and light. Everybody who was there will remember the show. With the beginning of competing days the sportsmen did their best trying to get the desirable awards.

During twelve days there had been competitions on 22 kinds of sports.

All the competitions were going with the unchangeable intensity of emotions in front of the full audience spaces.

All the time the competitions took place at least at three squares.

From the first day the leadership was given to the team of Turkmenistan.

In the belt wrestling Turkmenistan sportsmen were second to none.

In the evening of the first day of swimming at short distance tournament six records had been put.

The competitions on show-jumping were organized in honor of the most ancient sort of horse of Turkmenistan nation – stallion of Akhal-Teke breed.

Apart from several kinds of fight at the arena, there were battles in e-sports.

The records of the Games continued making spectators amazed till the verily end of swimming tournament. For instance, in the last day of competitions in this kind of sport at short distances there were five new records.

The team of Iran got the Fifth championship title on futsal.

Everyday award ceremonies supported the martial spirit of the teams.

The golden medals on basketball were taken by the male team of Qatar and female of Thailand. The boisterous life in the spaces makes a contrast with the peace that resides outside the walls of competitive halls. The ceremony of official closing of Games ‘Ashkhabad – 2017’ ended while everybody who was connected with this event had great emotions and recollections that inspire to go to the great lengths.