Atacama: life in the inhumane desert 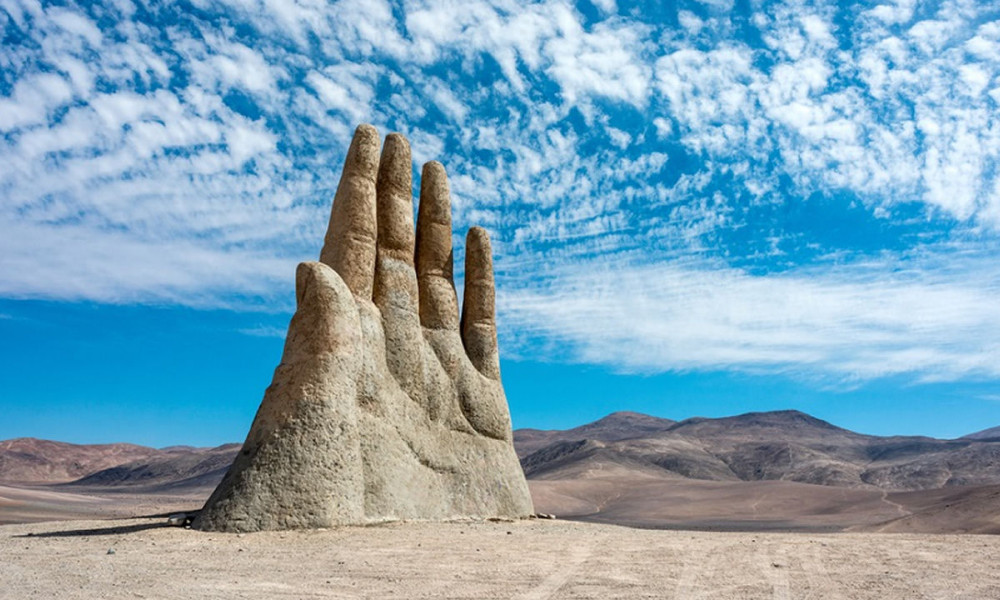 Atacama, stretching between the Pacific Ocean and the Andes, has covered its possessions hundreds of thousands of kilometers of the earth's surface. The central part of the driest desert on our planet, with which even the famous Sahara and Namib cannot compete, has not seen the rain as much as the weather is being monitored...

Even fans of this climate, such as poisonous scorpions and prickly cacti, did not like the local territory. Only the small sand whirlwinds, which sometimes rise several feet away and subside again, destroy the frozen stillness of the dead landscape. Those areas pf Atacama which are closer to the Andes or the ocean the nature made more viable. In small colorful oases, escaping from the heat, there are rare red flamingos and timid llamas. Previously, the area was less dry and served as a home for ancient Native American tribes, whose burial remains continue to be found here. The sandy cliffs of the green islands adorn the drawings of the post-war period. And mummies that are well preserved in such a climate can be seen, for example, in the museums of the village of San Pedro de Atacama, located closer to the coast. There is also an are near this site that was photographed more times than other Chilean landmarks - Moon Valley. It was named after landscapes that were copied from Earth's celestial satellite... Salt lakes, unable to withstand the dry air, evaporated and left tons of mineral. Sand dunes complement the space scenery, projecting shadows of varying sizes and shapes. Towards sunset, people don't stop taking photos because the picture changes every minute. The ancient Indians made the higher sense more meaningful, believing that it was not just natural creations, but the vast valley guards that served as a guide for shamans in their astral travels... In addition to tourists, the place was favored by science fiction directors who did not want to spend on the graphics. The pseudo-documentary British two-part series "Space Odyssey: Voyage to the Planets" was filmed in Atacama. Incidentally, this is the site that NASA chose in 2003 to test Mars rover vehicles.

Found on the vast expanses of the desert, a miniature 15-centimeter mummy "alien" only gave it intergalactic color to the desert. For ten years, scientists in the minds of the world have been arguing about the origin of the "dried man" until the Americans tested the DNA and found it to be homo sapiens, a unique mutation of a male representative who died at the age of 6-8... When a "low-growing dwarf" lived and why an unprecedented genetic failure occurred - no answers were found. Perhaps this is why the humanoid version seems more logical to many. About once a year, the desert suddenly comes to life. Moisture levels should rise sharply due to the fog coming down from the mountains, and a carpet of red-pink buds of cystane flowers completely covers the terrain, going through the entire growth cycle in just a few hours. But the arid sun rising from behind the horizon burns them as fast as the rain has revived... The final destination for tourists who have arrived in Atacama is the sculpture of a huge hand that, like a giant immersed in the sandy sea, asks for help. Chilean master Mario Irarrasabal erected an 11-meter cement-metal building in 1992 symbolizing the loneliness and defenselessness of a man lost in the dead sandy silence.