Chile: Land That Breathes with Fire 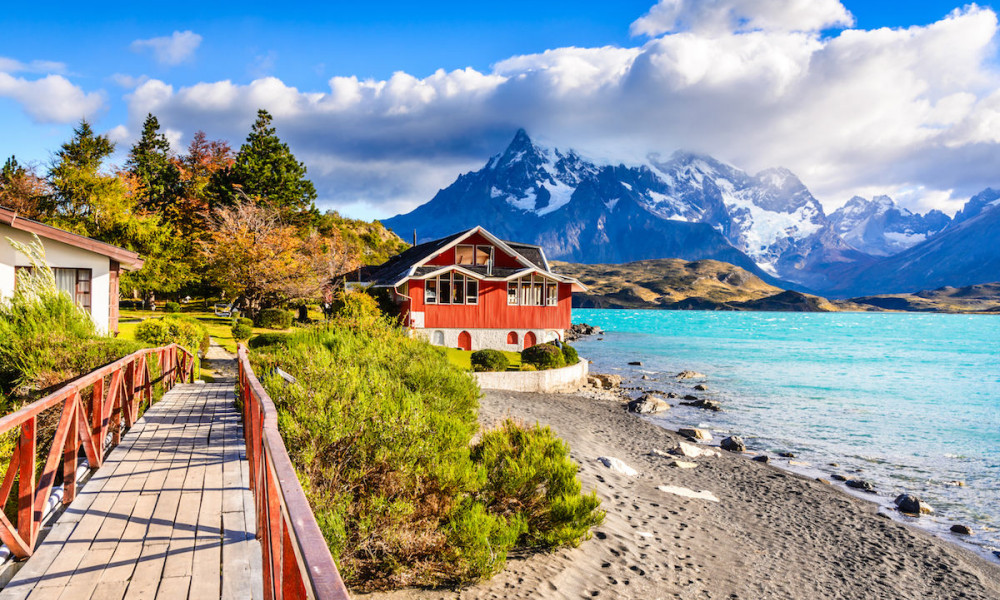 A thing that for tourists is a reason to click photo cameras in amazement, for local citizens is a source for constant concern and even grave danger. A chain of fire-breathing volcanoes, banded with salt lakes and thermal geysers, is believed to be one of the most astonishing spots on the planet. But one thing is to have a look and leave and completely another – to constantly ‘sit on a powderkeg’.

In terms of geology Chilean land is very young. Merely 10 thousand years ago huge glaciers came down from local mountains into the ocean thus disquieting numerous volcanoes. And should we take into account that circum-Pacific fire belt goes through the entire country, meaning that there is a fracture on the joint of two lithosphere plates, it becomes clear why volcano eruptions occur to the present day.

Many volcanoes were worshiped by Native Americans as sacred. However, Incas had quite a peculiar way of expressing religious feelings. Thus, mummies of three children were discovered on Ojos-del-Salado – their lives were sacrificed 5 centuries ago; and on Lascar it was customary to present gods with virgins. A legend exists that local citizens hid treasures of their last ruler from the Spanish on twin volcanoes. Another tale tells about a charmed city of Kimal that emerges twice a year on the top of Luxor. Native Americans believe that it is there where all miners, warriors and climbers, who had died in these mountains, live.Photo lonelyplanet.com

Drawling roar from bowels of the Earth and gas bursts for the Chileans is as nearly as a common event: there are over 50 volcanoes around, that exhibit activity. The latest one to fool around was Copahue; it happened last may. Shortly before that Puyehue almost cracked the Earth with a 5-kilometer-ling fissure. Llaima and Chaitén occasionally remind about themselves, the latter one suddenly woke up after 400 years of sleeping. Every time the highest – red – hazard level is announced and authorities evacuate thousands of people.

Despite permanent eruption danger or, may be, thank to it, volcanoes of Chile remain for tourists a cherry on the cake. Alpine skiing is especially developed on ‘breathing’ slopes – the country is a leader in number of pistes in South America.

Skiers can also have rest by a volcano or, more precisely, in it. Huilo Huilo reserve is notable for its Montana Magica Hotel that translates as a “Magic Mountain”. This, of course, isn’t a lived-in crater – just a designed construction – but its appearance is impressive: from outside the structure is fully wrapped in greenery and on the top of it, instead of lava, water is constantly discharged from the crater. There are merely 13 rooms in the hotel and you’ll have to part with 250 to 400 Dollars a night.Photo huilohuilo.com

As to real volcanoes, Ojos-del-Salado is the highest one in the world. Its peak is covered with eternal ice, even though arid desert spreads everywhere around. Regardless of impressive height of the mountain – 6891 meters – it isn’t very hard to master it for an expert. At least so Polish mountain climbers, who were the first to reach the peak, say, as well as sportsman Gonzalo Bravo who managed to do the same in a Suzuki car.

Nevertheless, one needs to be extremely cautious. This is how Russian globetrotter Kamil Ziganshin describes his ascent to Lascar Volcano: “After altitude of 5100 meters small stone chippings as well as orange balls that look like clayite, that cover the slope, became ‘greasy’ for some reason, as if soaked in oil. At that unstable layer became so deep that feet started sinking in and disturbed masses kept dragging you down. Oftentimes, when footing, we tried to cross such places as fast as possible along an upward diagonal”. Another explorer, Roman Chipchigin, also warns that local nature is wayward: “… you need to step out of the car quickly but cautiously; alongside eternal snow, winds reside here that easily tear off car doors and poorly fastened clothes. In these ravines ice has teeth grinned in either greeting or mocking smile…”Photo backroads.com

Ascend to the majority of volcanoes does not require special alpine climbing training or munition however one should be physically fit – way to the top takes 8 to 11 hours. Severity of high-altitude climate pays off over and above not only with beauty of views but also with hospitability of locals. In shelters on hills one shouldn’t worry about your safety – crime rate in Chile is the lowest in Latin America.