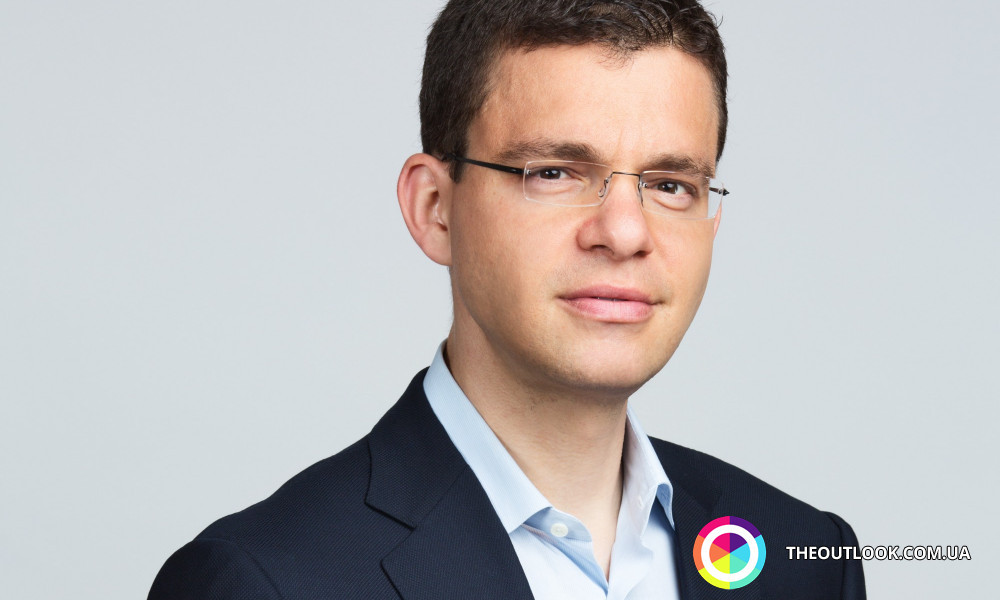 Ukrainian IT specialists annually prove that they are, if not the best, then certainly among the best on the planet working on the most diverse and complex projects. At the same time, they are not only highly professional employees, they are also excellent managers who create the world of the present time.
About one of these leaders, Max Levchin, the developer of the well-known payment system PayPal, read our “Know us” section.

The future successful start-up and real star of Silicon Valley was born in Kyiv in a Jewish family in 1975. His parents - father Raphael and mother Elvina - are not just educated representatives of the metropolitan intelligentsia, they are also incredibly versatile people, because at the same time they were very successfully engaged in such seemingly distant things as literature, photography, physics, programming and cycling. Not surprisingly, their child, named, by the way, Maximilian in honor of the famous poet Maximilian Voloshin, from a young age was very versatile. And who knows what would have happened to him: perhaps he would have become a professional cyclist or a translator from English, since these two classes were given to him best if, in 1991, the Levchins' family did not move to the USA where their maternal relatives lived line, and Maximilian himself for convenience would not shorten his name to the more common Max. By the way, his brother will become the translator over time, and the bicycle is today his second favorite device after the computer. But let's not get ahead. That departure made a deep impression on Max, because the teenager had to completely change his usual way of life and end up in a completely foreign country, which did not resemble the late USSR. However, where others saw difficulties, this gifted young man saw new opportunities.

While still studying at the University of Illinois Chicago and studying programming, Levchin showed interest in new technologies, most of which were not heard in his native Kyiv then, because computer science and cybernetics were banned as "capitalist pseudoscience" for a long time. Perhaps it was this desire for new knowledge, the natural interest in free economics and charisma that helped him, at the university, to gather around him a team of like-minded people and launch their first projects. However, success very often does not come immediately, therefore, without perseverance in business anywhere. In 1997, Max takes a crucial decision for himself, and after collecting a couple of old computers and desks from his tiny Chicago office, he moves to Silicon Valley - the best place on the planet for people like him. And literally in 5 years, he earns 34 million dollars and becomes one of the richest and most famous people in the world under the age of 30 years. Between these two events, the relocation of a modest young man from one part of the United States to another and worldwide recognition, it seems only five years, but behind them, according to Levchin himself, are years of sleepless working nights, hundreds of nervous presentations and tons of coffee drunk. The result - the creation of PayPal which has made a real revolution in the world of electronic payments, because, you see, without it it is impossible to imagine our life now. The advantages of this system can be described in books but the main difference from others is almost 100% security, and it was the native of Ukraine that worked on this component. 15 years have passed since Levchin sold his share of PayPal to eBay Corporation, but he does not think to rest on his laurels, continuing to monetize his fortune and launch new projects. He does not even get tired of thinking about the next generation of developers, reading lectures for them and inviting talented guys for an internship in their office. Keeping himself in the tone of Max helps the good old bike, which he used as a child to wind kilometers on a cycle track next to their Kyiv apartment. Today, one of the most successful startups of the planet, whose name is known to every beginner IT specialist, drives his 400 km a week during his free time in the mountains and hills of California. His grandiose plans are the creation of a unique and secure future bank, the changing and democratization of the communications market and the writing of an interesting book proving that, despite the diversity of gadgets around us, we live in a very dangerous time, when really big breakthroughs in technical areas, neither in medicine nor in science practically does not occur, and even the most modern companies and start-ups for the most part only use the groundwork from the 1970s. Well, who else can make all these breakthroughs, if not to people like Levchin, who, despite his millions, respect and fame, is only a little more than forty years old? We believe in you, Max, and we are proud of the ability to think broadly!

Know Ukrainians: Lisa Cholodenko
Today we continue a series of features united by a common concept "that's what one of us can do". Next in line is the story of a director of a stir-causing American TV drama Oive Kitteridge - of Lisa Cholodenko.