Moldovan phoenix or welcome to Bălți! 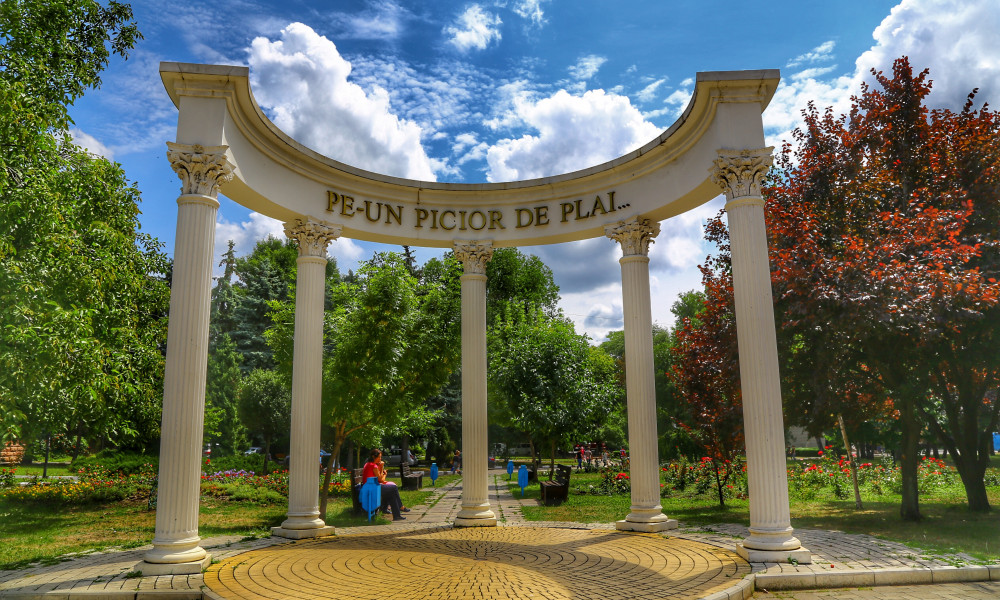 If you are travelling in Moldova, you should definitely visit the city of Bălți. This destination with name literally translated as... a swamp, surrounds its guests with a benevolent atmosphere of cosiness and comfort, once here you feel like home...Visiting Bălți, you seem to be travelling back to the recent past. Clean boulevards, spacious streets, artificial lakes abound in the city as an eternal human ode to the nature.

The Alley of Classics, architectural composition of the National Theatre seem to transfer you into the Soviet era. But it is only at first glance, since the history of the city goes much deeper, breaking the barrier of various epochs for more than five centuries...

Its history dates back to 1421. In those days it belonged to Princess Mazowiecki, the spouse of the Moldavian ruler Alexander the Good. Repeatedly poorly fortified settlement was burned to the ground, but again and again it resurrected from ashes like a phoenix. In the period from the 16th to 18th century small village belonged to the Sultan of Turkey, and at the beginning of the 19th century, this part of Bessarabia came under Russian jurisdiction. By the way, this is where Alexander I received the good news of the birth of his heir, the future Emperor of the Russian Empire Alexander II, and to honour the momentous event, he assigned the status of town to the small village.Photo pinterest.com

Located at the crossroads of Bessarabia major economic arteries, Bălți gradually increased and turned into a large commercial centre. In the Soviet era, the city was famous for its industry, and in 1994, three years after the declaration of independence of Moldova, it was awarded the status of the municipality.

Today Bălți considered to be the second capital of the state. Nestled on the banks of the Răut River, the city is full of water bodies: hilly terrains of Bălți steppe are dotted with lakes named City, Komsomolsk and Kirpicoe. In spite of the small area, this city captivates with its beauty: green part of the settlement consisting of squares and city parks (Central, Victory, Andries), with open arms welcomes admirers of nature walks. In addition, Bălți often hosts fairs and exhibitions, enticing visitors with national signature products: stalls groan with handicrafts, accessories, delicious specialities and drinks.
Photo webxs.net

But let's not linger near the fair stalls, but move to the pedestrian zone, which stretches to the centre of the municipality. Long street embraces walkers with festival spirit: the local residents like to relax in this part of the city, enjoying a variety of performances, events and concerts. The enchanting musical shows shall be enjoyed at the Eastern Europe biggest song festival The Crystal Stork, organized here every spring.

Walking down the city centre, tourists come to the Alley of Classics, inviting to look at the monuments of the prominent Moldavian authors: Mihai Eminescu, Ion Creangă and Grigore Vieru.

An admirer of architecture will be particularly interesting to visit the church of St. Gregory the Illuminator - the apostolic church was built in the medieval Armenian style which distinguishes it from other structures of the city. The construction of the temple was carried out from 1910 to 1914 at the expense of representatives of the Armenian community of the city. The well-known at that time architect Alexander Krasnoselsky, a native of Ukraine, who for some time worked in Bălți as a city architect, was invited as the author of the project and chief architect. The church was built in the style of medieval traditional religious architecture of Armenia, its prototype was made by the famous cathedral, located in the city of Echmiadzin. The height of the church reaches 17 meters, its appearance is characterized by balance and simplicity of form but it is not devoid of grace.
Photo majorfonskrip.livejournal.com

Located in the center of the city, the Vasile Alecsandri National Theater will introduce viewers to genuinely Moldovan and Romanian art. This theater is among the leaders involved in the productions of national drama, because the entire repertoire of the theater is based on texts written by authors from Moldova and Romania. Mărțișor/Baba Marta is solemnly celebrated in Kyiv
On March 12 at the premises of Petro Tchaikovsky National Music Academy of Ukraine, on the initiative of the Embassies of the Republic of Bulgaria, the Republic of Moldova and Romania, with the support of the Ministry of Culture of Ukraine and the OUTLOOK project was held a friendly welcoming spring in Kyiv.

«Crossing Palms With Silver» – Globally
Today we are going to bust stereotypes about gypsies being mainly poor homeless beggars who wander in the streets, longing to “illegally” lure something out of honest citizens. To do that, we head to one of districts of Moldovan city Soroca. Two- and three-storied mansions with gold-gilded domes will blind you, just like hypnotic pendulums...

Spring welcoming celebration of Mărțișor and Baba Marta in Kyiv
Holiday of Mărţişor and Baba Marta was organized by the Embassies of Bulgaria, Moldova and Romania in Kiev. Mărţişor is a holiday of spring arrival. This day people give to each other small buttonholes shaped as flowers and made from red and white woven threads (Mărţişors).In Bulgaria there is a similar holiday called Baba Marta, and this day it is a custom to give Martenitsas as a gift.