Spring welcoming celebration of Mărțișor and Baba Marta in Kyiv 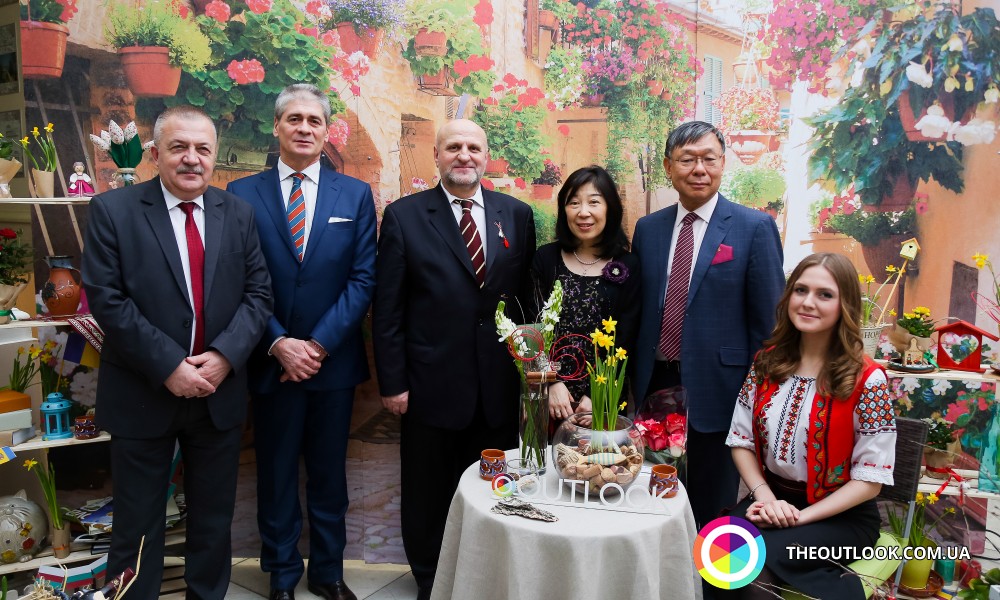 Holiday of Mărţişor and Baba Marta was organized by the Embassies of Bulgaria, Moldova and Romania in Kiev. Mărţişor is a holiday of spring arrival. This day people give to each other small buttonholes shaped as flowers and made from red and white woven threads (Mărţişors).In Bulgaria there is a similar holiday called Baba Marta, and this day it is a custom to give Martenitsas as a gift.

Mărţişor is a holiday of spring arrival. This day people give to each other small buttonholes shaped as flowers and made from red and white woven threads (Mărţişors). In Bulgaria there is a similar holiday called Baba Marta, and this day it is a custom to give Martenitsas as a gift.

This attribute of spring is worn pinned to clothing for the whole month, and on March 31st they are removed and put on the blossoming fruit trees. It is believed that this ritual brings people success throughout the next year. According to legend, if you make a wish hanging your Mărţişor on a tree, it is sure to come true. In early April in many towns and villages of Moldova one can see trees decorated with Mărţişors.

Also among the guests there were the member of parliament of Ukraine of VII convocation Anna Herman, former first deputy secretary of the National Security and Defence Council of Ukraine, ex-Head of the Ministry for Foreign Affairs of Ukraine Volodymyr Ohryzko, ex-Parliament Commissioner for Human Rights Nina Karpachova, as well as representatives of the diasporas of Bulgaria, Moldova and Romania.

During the evening the guests learned about the history and traditions of Mărţişor celebration and enjoyed a concert of music bands.

Have a look at our gallery for event highlights.