Youtube
Статьи  >  Visit  >  Marrakech is the ‘red’ city of Morocco

Marrakech is the ‘red’ city of Morocco 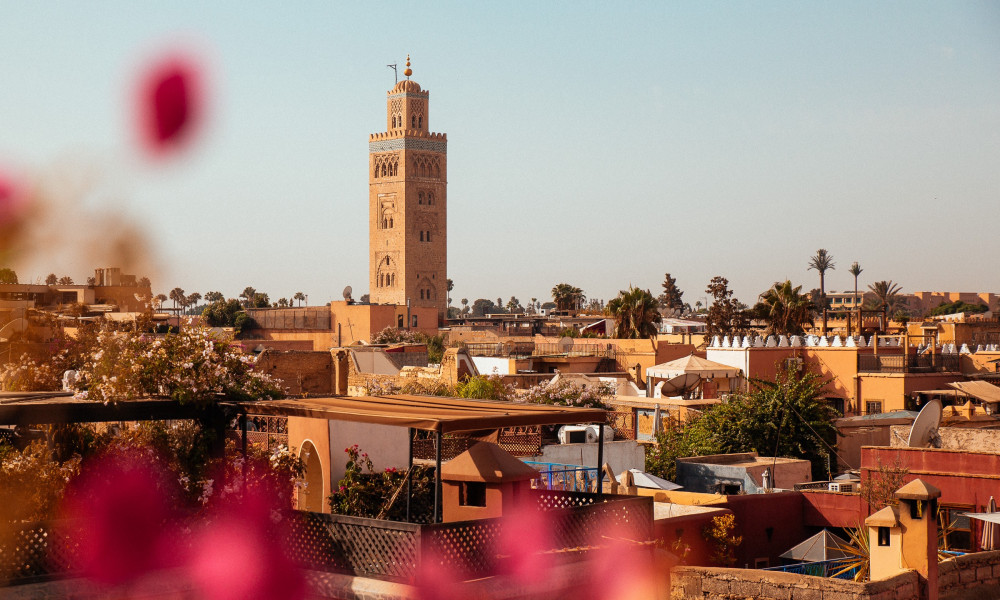 He found successful job, however, he used to dream of returning to the lands where he was beloved and closest ones waited for him. This was the way how one song threw luster on the ancient African city the roots of which harken back to XI century. Yet, what else do we know about the royal pride and briny tears of the citizens of Marrakech?

The spirit of empire

In old times Marrakech was one among four cities where the grand people including royal families loved staying. So as to strengthen the imperial puissance, the representatives of Almiravid dynasty ordered to build up high walls from red sandstone penetrating the paved streets with colorful gardens and set up several mosques that guards the interests of religion. The kings wanted their city to become an embodiment of beauty and richness. That is why the local architects took the best traditions of urban planning from their colleagues from Sahara and Western Africa that were considered as the samples of perfection, then. Consequently, each Moroccan city acquired own color saving harmony in dynamics. Till now Marrakech is famous for the building painted in enveloping color of crumbled brick mixed with the milk.

In XI century in the city the rumors started circulating mentioning the ancient origin of Marrakech. It is hard to say now if it was truth or fantasy, however, it was believed that Northern African nations Berbers settled down in these places in the Neolithic epoch.

Nevertheless, let us fast-forward several centuries. In XVI century Marrakech embodied the sign of luxurious life, here it was coronation of the sultans from the Saadi dynasty who, afterwards, built the famous castle El Badi. In translation, its name means ‘incomparable’, and indeed, its walls incorporated the most beautiful materials among the possible ones such as gold, crystal, and calaite. The synthesis of cultures wrapped Marrakech where one could savor castle made from Indian onychite, Irish granite, and Italian marble for which at those times people had to pay with sugar instead of money. Appearing as the memory about the victory of King Ahmad I al-Mansur in the battle with Portuguese army, this castle had existed not a long time. At the end of XVII the power came to the sultans from Alawites who moved the capital to Meknes simultaneously taking El Badi into pieces so as to get jewels for the building of a new castle.

Till 1867, there was no entrance for Europeans in Marrakech. So as to enter Moroccan lands, one needed to get the private permission from Saadi sultans. Exceptions had been made quite rarely, only in some special cases.

It appeared, the decision of sultans was not so much out-0f-line because as the city became ‘open’ for the tourists, along with the visitors the occupiers rushed to it. Marrakech, then, seemed to be French colony, and the walls of the city consisted of the footmarks of the foreign culture. Among the impenetrable walls there were wide boulevards and villas created in a decorative style art deco. In XIX century in Marrakech the castle Bahia was built projecting it in Arabian and Andalusian traditions. His founders, the governors Si Moussa and Bahmad left their traces in history as the lovers of nature that is why their castle literally wallows in the greens of outstanding gardens. Within the territory of the castle, the cypresses, oranges, and banana trees grow while the castle yard paved with marble is crowned by the fountain with the pool.

One thousand and one legends of Marrakech

Marrakech is famous for the unique narrators of stories who call themselves by an old nickname ‘hlaykiya’. When the sun hid after the fading horizon line, the spiritual leader of mosque muezzin summoned all the believers to join the prayer gathering. Hlaykiya used to declaim the ancient myths and legends with singing accent while the most attentive listeners repeated the lines from the chorus. The mastership of storytellers in all the times has been appreciated among the citizens of Marrakech. There is even the following proverb: ‘When a narrator dies, the library burns to the ground’.

Unfortunately, the destinies of hlaykiya echoed the stereotype describing famous but poor creators. Not very heavy supper waited for them when a grateful audience threw the coins in such a way expressing gratitude to them. However, the most part of life had they spent in the misery. Even though among the nation hlaykiya gained respect, people listened to their opinion, and asked for pieces of advice in difficult situation, not every singer could endure the ordeal by beggary in honor of the singing tradition.

In 1970, in Marrakech only 18 narrators left and by 2006 one could find out only two storytellers whose names were Abderrahim and Mulay Muhamed. After the death of the latest, Abderrahim tended to pass the knowledge and experience to his son so as not to cliffhang the melody. However, after the several performances, a kid got into hospital with nervous breakdown, and the doctors forbade him to participate in the improvised concerts. The journalist of BBC Richard Hamilton who had a possibility to speak with Abderrahim recalled how the old man told sadly: ‘You see, there is no place for the storytellers anymore’.

Indeed, not far away from the place considered as the sanctuary of legends and fables, the noisy traders put their things attracting the gapers with the colorful clothes and Moroccan outlandish goods. It resembled trading in ruined temple where people come not to receive the sacred knowledge and get absolution of past sins but to look at the gimmicks.

However, this sad picture that could, obviously, embody the sunset of traditions in Marrakech yielded to circumstances led by those who remained loyal the ideas of hlaykiya. Moroccan king promised to fund the school for future singers of Marrakech while some sponsors gave to Abderrahim art-café Cafe de France where nowadays the connoisseurs of musical art gather recording myths exactly as they are told and even making attempts to perform.

How to spend time in Marrakech

Definitely, the best rest in the city with the old history is to visit the most famous historical places, attend eye-catching gardens that save the recollections about the royal majesty and enter the castles. Concerning the local museums, all the monuments of old times centered around Dar Si Said where there is a well-known collection of crafts and masterpieces of woodwork and military art as well as artifacts made from pottery and leather.

As well, it is worth savoring the mosque Koutubia that, in a certain sense, is the symbol of Marrakech. The idea to build the minaret in a height of 77 meters and crown it with four copper balls belonged to the sultan Ya‘qūb al-Manṣūr who lived in XII century.

Walking along the streets of Marrakech, one may pass through the Islamic school madrasah of Ben Youssef created in XIV century. It was an educational establishment where pupils learnt law and fundamentals of Islam religion. This school was considered as the most grandiose in entire North Africa as simultaneously there could study nearly 900 pupils.

If you want to feel the medieval spirit of Marrakech, you may attend the so-called region of tanners. The masters of this difficult deal have been living in the nearest districts since the time of city’s building. Their work has remained at the level of pre-industrial production with the usage of hundreds of barrels filled with dirty liquid so as to create craft from the skin of animals. Not far away, leather shops located which also make fame for Marrakech…

Morocco Day of Throne in Kyiv
The Ambassador Extraordinary and Plenipotentiary of Morocco to Ukraine Mina Tounsi organized an official reception in honor of the national holiday. The Day of Throne is dedicated to the anniversary of King Mohammed VI coming on the throne.