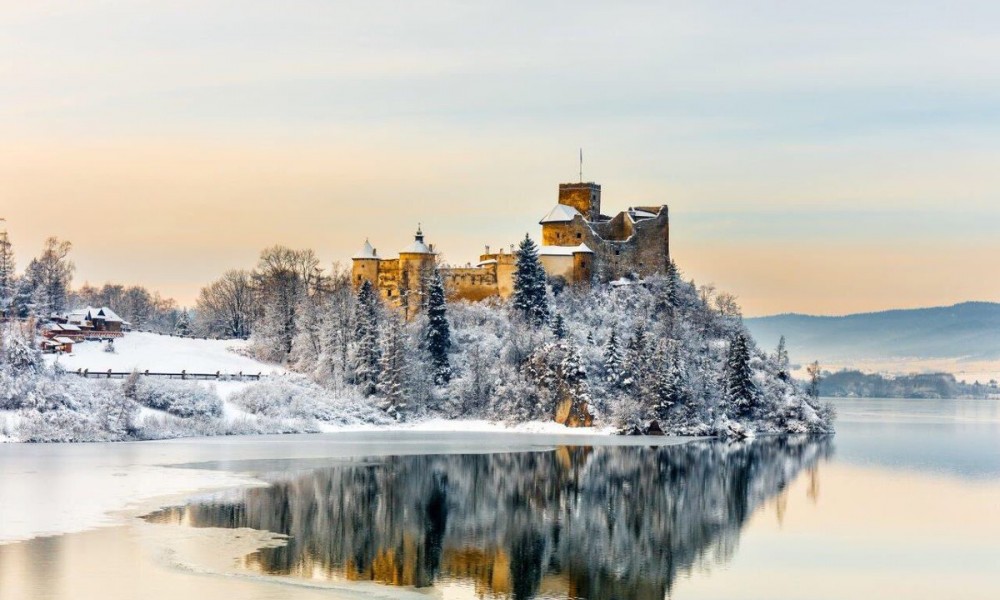 Royal court intrigues, arranged marriages and stunning interiors. These are associations which arise when mentioning life of monarchs. Yet, Poland is a royal country. Here, in a few minutes and just at a few zlotys one can immerse into this atmosphere which is magical for mere mortals.

Result of the study show that the main attractions of Poland are connected with palaces and castles. Therefore, we offer exciting stories, architectural details and the exact routes to the best, luxurious and iconic strongholds of Rzeczpospolita.

Nowadays it is a museum and a monument of the national culture. Unfortunately, during the Second World War, original architectural masterpiece was destroyed. Therefore, the current bulwark is the precise reconstruction of its original ensemble.

Castle was built by Sigismund Vasa, King of Poland and Grand Duke of Lithuania, in 1598-1618. Mansions were composed of pentagonal building and the tall tower. This stronghold survived the Swedish invasion and the Northern War. Over time, the Polish king Stanislaw August Poniatowski held here a large-scale renovation. He built another wing in the classical style, added several rooms, including the extended chamber of the Royal Library, connecting the castle with the baroque palace.The castle boasts with a permanent exhibition. Its main pearls are canvas by Rembrandt, Matejko, Bellotto and the urn with the ashes of Tadeusz Kosciuszko. Also, the castle often hosts temporary exhibitions, concerts, conferences and symposia.Photo pinterest.com

This grand structure is the most important point of interest in Warsaw. Palace is rightly considered a masterpiece of the Baroque architecture and national pride of all the Poles. It is framed with gorgeous park where one feel like getting lost in endless green array of gorgeous flowers and plants. Though the Poles have more reasons to be proud of the palace.

The building was erected in 1677-1698 commissioned by King Jan Sobieski. Starting from the 17th century it was a country residence, which was constantly improved. In addition, the first art museum in Poland was established in the palace. It welcomed visitors in 1805 in one of the buildings which was a part of the complex.Photo e993.com

Location: Wilanów Palace is located in the south-eastern outskirts of modern Warsaw, street Kostka Potocki 10/16. In winter, it is closed on Sundays. Ticket price is PLN 20 (USD 5.13).

Malbork: honor and dignity of knighthood

This majestic and somewhat gloomy castle in Malbork in northern Poland anchored at the mouth of the Vistula River, on the Nogat River. Slow river water magically reflects all the towers, turrets and thick walls.

Malbork Castle was founded in 1276 by the Teutonic Knights in honour of the Virgin Mary. It is the world's largest medieval brick building in the Gothic style. Its area is 20 hectares. The scale of the buildings and the majestic beauty are striking even for tourists indifferent to the architectural art.

Malbork is listed as a UNESCO World Heritage Site. Many travellers come to Poland just to visit it. Undoubtedly, a monumental medieval castle is really worth it!

In the 14th century it was the residence of the Grand Master of the Teutonic Order. In those days, the luxury fort was considered the most powerful defence fortress, which hosted numerous knights garrison.

Then women were not allowed to enter it. Indeed, despite the aura of romanticism around the knights, they had to lead a monastic life. Apparently, the reason was that soldiers had always be ready to fight. But once the knights needed a cook. And then, to settle a woman in Malbork, they asked permission from the Pope. The Pope gave it with one condition: the cook must be at least 60 years old. Teutons also came out of this situation with humour and hired three of twenty-year-old girls.

With the decline of knighthood, the citadel became the residence of the Polish king. And during the Second World War and it was conquered by the Nazis. So, in the 30s of the last century, the higher ranks of Nazi Germany used this formidable bulwark to arrange festive events and celebrated their temporary victory in the conquest of the world.Photo amazing-places.com

What to see in Malbork?

Multiple exhibitions inside this incredible landmark evidence its rich history: there is a remarkable weapons collection, as well as amber products. Often the castle is a stage for theatre shows and celebrations.

To visit this legendary fortress, one should allocate about five hours. It really has something to see! The extensive tour in English takes about 4 hours. Then hungry tourists come to picturesque restaurant, of course, in the medieval style with the proper design. By all means, there is a gift shop where you can buy, for instance, a bag with all the medieval money.

Our advice: the most exciting impression of the castle is to see it at night, sailing to it by river. It is even better when the bastion hosts staged knights’ tournaments and is furnished with a variety of sparkling lights. And after the tournaments, one may go for night guided tours. Moreover, Malbork is famous for gorgeous scenery and wonderful interiors that look fabulous in photos. A special permit to take photos shall be bought together with the entrance ticket.

How to get there? It is best to go by train from Gdansk (Malbork is located between Gdansk and Warsaw). Entrance to Malbork is well-known for incredible views, so a trip will be an unforgettable adventure. A railway station is only a kilometre away from the fortress, so one can walk.

PHOTOproject: Beyond Warsaw
We would catch the last warm autumn sun rays at almost empty Warsaw Sunday streets. When the sun had hidden behind the skyscraper - we got high on the tallest among them to enjoy the sunset.