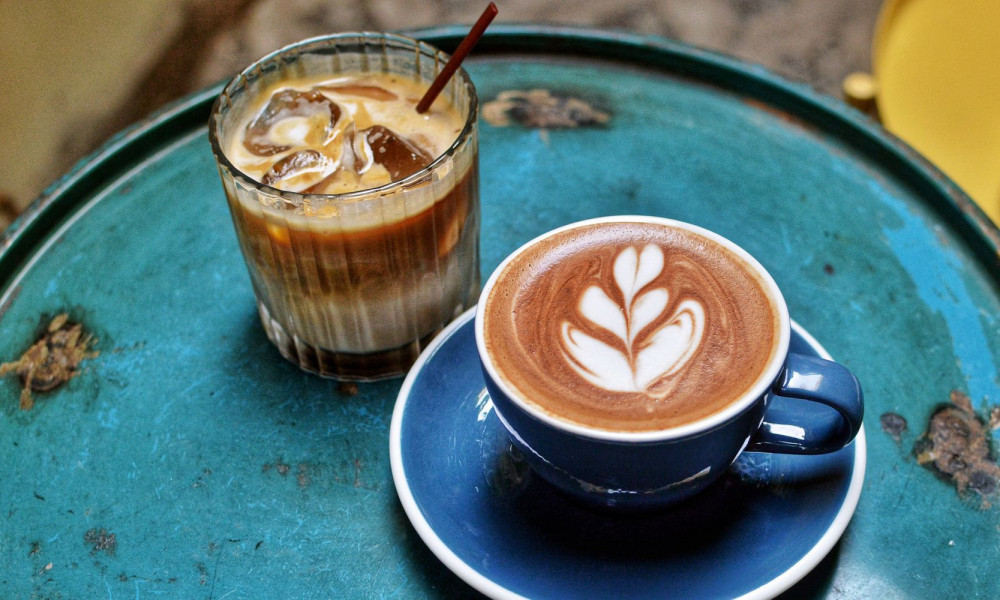 France, Italy and Venice - these names were chosen by foreigners for their restaurants, which gave a grounding for coffee biography of Poland. Residents of the country became one of the first in Eastern Europe gourmets who appreciated taste and flavor of the unusual drink. Only a few were aware of the fact that a new source of pleasure was produced from fruit of the tree once grown in Ethiopia in the wild.

At the beginning of the 18th century, Anthony Momber first opened kafehauz (coffeehouse) in Gdańsk - a place where wealthy men came to meet and socialized. A cup of fragrant coffee was an unchanged member of all conversations. Making visitors a unique offer, the owners of gastronomic establishments necessarily added epithet "wondrous" to the description of the beverage. After just a few decades, an entire monograph was published about "the subject of passion" drawing attention.

Later the circle of coffee connoisseurs expanded and everyone could enjoy its taste. The drink, previously intended for the elite only, was recommended by medical books even in case of health problems. Less than a century passed, and confirming "the seriousness of the relationship," the Polish publishers issued a textbook with the rules of preparation of fragrant breakfast decoration. Initially they did not advise any additives. However, as soon as a corresponding fashion came, milk, cream, sugar, and even salt received the status of nice extras.

Coffee beans were sold in raw form, so before cooking, they had to be roasted. Families with a high income hired kawiarka (servants of this special purpose) who used a special machine. In addition, each of them kept both "grain surplus" and the secrets of their processing, says Adam Mickiewicz in his poem "Pan Tadeusz".


By the end of the 19th century, roasted coffee began to appear in the stores. Experiments continued, according to the Prussian recipe, coffee was mixed with chicory, and they even tried to replace it with beans, acorns and... fried peas. Drink, conceding the "original" in a concentration, was called German or Silesian.

Over time, a strong drink with cream has become a real gourmet brand - coffee in Polish style. Today kawa sypana (grounded coffee) is brewed… in a cup and consumed, if desired, with sediment. There are other ways of cooking. For instance, kawa parzona: milled grains are poured with boiling water and covered with a saucer for infusion. Those who do not plan to stay long in kawiarnia (coffeehouse), are offered kawa rozpuszczalna (instant coffee), and already familiar kawa z ekspresu (espresso) and kapuczyno (capuchino).

Polish capital has its own preferences. Warsaw-style coffee has a special recipe: it is brought to a boil twice, then they strain it and add milk in a thin stream. Large cup with drink has to be covered by a "cap" of foam. In addition to compliance with existing traditions, Polish baristas open up exotic horizons for gourmet. For example, Brazilian coffee rich in strength and flavor of dark chocolate with a hint of roasted nuts; Kenya delight where lightness is combined with a touch of zest, or Indian variety with spices and cocoa.

In some cities of Poland survived and continue to work coffeehouses "with history". The oldest institution in Warsaw opened three centuries ago, and still keeps the memory of one of the concerts by the young Frederic Chopin. At the end of the Second World War, the city residents restored this kawiarnia brick by brick and alluring aromas began to attract visitors again.

1. Before cooking cups should be scalded with boiling water.

2. Take a minimum of ingredients: 1-2 teaspoons of finely ground coffee per serving.

3. Do not boil: just stir the future drink with spoon.

4. Be patient and wait for 7-8 minutes while the coffee is infusing.

5. If you want to break the classic recipe, add sugar.

In the city of Sopot every two years, they set "coffee world record." During one of these unusual events, participants presented a gift to the audience of 20 000 cups of cappuccino.

The politician Andrzej Duda who won the presidential race in 2017, the morning after the victory went to the Warsaw subway station where he handed cups with invigorating drink to ordinary passers-by in gratitude for their support.

Researchers from the laboratories of the University of Lübeck concluded that caffeine affects the brain area responsible for ability to distinguish truth from fiction.

The first coffee machine that can be controlled via wi-fi is already available in online stores.

Mechoui: Heavy Treat
Destiny often hatches surprises and you can never know for sure what you’ll try at a festive table especially when travelling around Middle East countries.

Hero of the Day from Champagne Province
Monks know a thing or two about alcohol - no joke here. A Frenh Benedictine Pierre Perignon from Abbey of Hautvillers on August, 4, 1668 thought of adding carbon doxixe to grape juice. This was how a drink known to us as champagne emerged.

Supplements do not ask: 10 of the most disgusting dishes
If you are on a diet now and treacherous voice inside whispers foully «Come on, go and peep into your fridge!» read this article and it will block your appetite completely. But be careful! Owners of weak nerves and stomachs are not recommended to read and especially to look at the pictures. OUTLOOK prepared top ten of the most disgusting dishes, compared to which pig brains or fried grasshoppers seem to be pretty delicious...