Youtube
Статьи  >  Enjoy  >  Hungaricums: Parts of Hungary around the world

Hungaricums: Parts of Hungary around the world 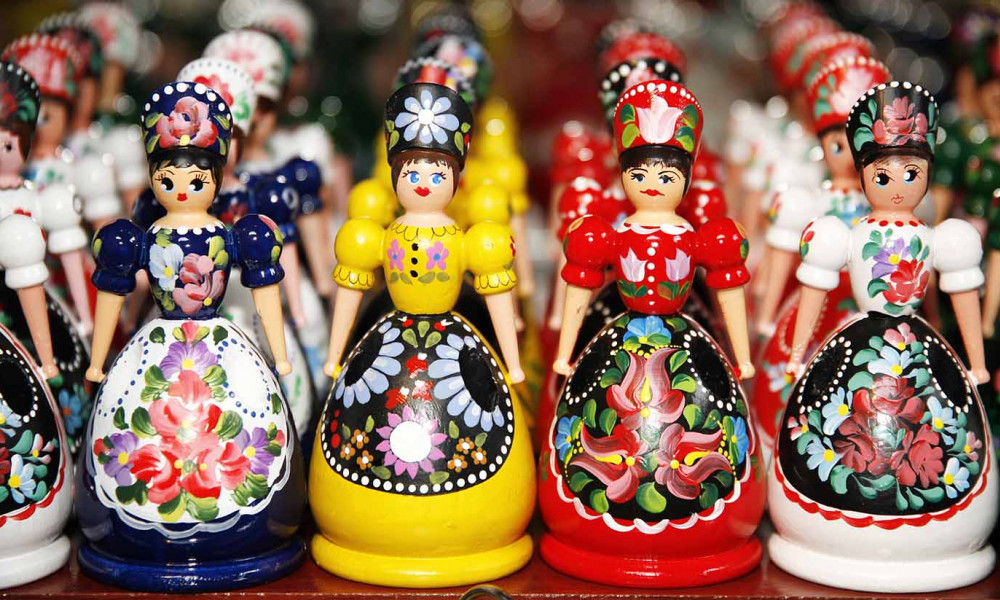 What unites footballer Ferenc Puskás, delicious goulash, Tokaj wines, Racka sheep and Lake Balaton popular in Europe? All of them arelisted as Hungarikums in the Collection of Hungarian Values. Today OUTLOOK is telling our readers about this unique collection.

In our rapidly changing world of globalization, where there is less and less authenticity, and borders between nations and traditions aregetting blurred every day, the concept of national identity becomes a museum exhibit. In Hungary, they decided to preserve national identity and, in both tourism and culture, they launched promotionof typical attributes of national pride: from the Rubik's Cube to the Debrecen sausages. Following the name of the country it was decided to name national treasuresas the Hungarikum and it is constantly replenished with new exhibits of Hungarian production, both tangible and intangible. The history of this initiative to preserve cultural achievements began in 1999 when four giant and world-famous Hungarian companies - the Pick sausagefactory, the Tokai wine trade house, the Unicumherbal liqueur, and the Herend Porcelain Manufactory - decided to merge their efforts to promote their brands in international markets. This joint marketing approach "when you buy wine, also consider salami, a drink and porcelain" significantly reduced the costs of foreign advertising campaigns. This association also raised a discussion in Hungary about its own unique products and outstanding national value, fading from memory, especially among urban residents and youth. Further and up to now, the Hungaricum Club with the motto "A Taste of Hungary" continued its development, new members began to join it and today it has more than 60 objects protected from infringement by state laws and various copyrights. This initiative, created as a commercial one, has become an important cultural trend for the Hungarians - the Hungarikums are promoted by exhibitions, movies, lectures, they are studied in schools and universities. What is important is that it allows local residents to enjoy, for example, their favourite goulash at a family dinner, and to learn new things about this dishwell known to every Hungarian. We decided to help the Hungarians in their educational work, and tell our readers about someless popular Hungarikums;however they are precious for this nation. The list is divided into several sections: agriculture and food industry, health and lifestyle, architectural heritage, technological solutions, culture, sports, nature, tourism. Let's start with a pálinka, which is a fruit brandy. In a country where all tourists sample fine famous Tokaj wines and herbal liqueur Unicum, it is easy to pass by in shop and not try this unique drink. First,the Hungarians began to distil it from fruit and berries in the 15th century, and it was mainly produced in monasteries close to princely and aristocratic houses. It should be mentioned that pálinka is not moonshine in our understanding - proper distillation requires special equipment and talent, as the requirements for the quality of pálinka grow from year to year. Nevertheless, the Hungarians prefer this drink, which does not cause headache and according to new amendments in the law, small businesses that produce pálinka are even from taxexempted - the state believes that these activities support cultural traditions. Would you like to dance after a drink? That is right time to have a close look at one more Hungarikum - verbunkos dance, which gave a grounding for a new music style. It is known as a male dance, since it was most often performed during farewell event before leaving for military service, but in the last decades of feminism and gender equality, the Hungarianladies more often dance it in discos and festivals. Speaking about verbunkos, we should mention such revered musicians who created many melodies for the dance: János Bihari and Antal Czermak.Photo edtourshungary.com

If big and party-style Balaton Lake region is familiar to everyonein Europe, then one more lake Hungarikum - thermal HévízLake - is known far less. Located to the west of the Lake Balaton (nicknamed as the European Sea), the Hévíz Lake is famous for its medicinal properties. Its water has a very large content of potassium, calcium, sodium and dissolved oxygen, which are especially good at treating diseases of the musculoskeletal system, neurological problems, and circulatory disorders. The local clinics and sanatoriums offer their own methods of treatment, called Hévíz therapy.Photo greatline.eu

Speaking of the Hungarikum personalities, you can spend hours discussing the merits of football player Ferenc Puskás or designer Ernő Rubik, because their victories are much more popular than success ofJedlik Ányos, a man whopioneered a way to produce carbonated water. Also on his account,there are a few more important scientific breakthroughs - the dynamo and electric motor. Being an ardent patriot of his country, who lived and worked in the middle of the 19th century, Jedlik became the first teacher at the University of Budapest to deliver lectures in Hungarian language.

It would be an amiss not to mentionthe city of Budapest. Of course, this incredibly beautiful and impressive European city can be fully included into the Hungarikum Collection, but today the list includes the most important and unique areas: the spacious Danube waterfronts, the monumental Buda Castle quarter and the aristocratic Andrássy Avenue, to which we dedicated a separate article.
Photo picfair.com

The Hungarians, unlike many other European nations, often use various spices and herbs, generously produced by their fertile lands. Especially honoured is red paprika, which is an excellent souvenir, since it is convenient for transportation, the same as the Rubik's Cube. Delicious paprikacan be very spicy or mild and sweet, you can buy in almost at any grocery store. It a favourite ingredient of many side dishes and meat for enhancement of flavourand taste. Our seventh and last for today Hungarikum will be an animal - a dog, namely three rare breeds: the Kuvasz, the Puli and the Komondor. Being historically a rural nation and cattle breeders, real masters of their land, the Hungarians have always admired reliable and loyal pets, without which it is impossible to imagine life outside. Those large sheepdogsbecame symbols, asthey always helped people hunt, protect pastures and cattle. All of them are folklore heroes and characters of many fairy tales and legends, so their place in the Hungarikum The Ambassador of Hungary to Ukraine organized diplomatic reception
Hungary celebrates two national holidays, such as Memory Day of Hungarian Rebellion (dated back to the 23-rd of October, 1956) and Hungary Republic Announcement Day (that happened in 1989). The capital of Ukraine also joins the celebrations. Beforehand, it was a diplomatic reception in the Embassy of Hungary to Ukraine.