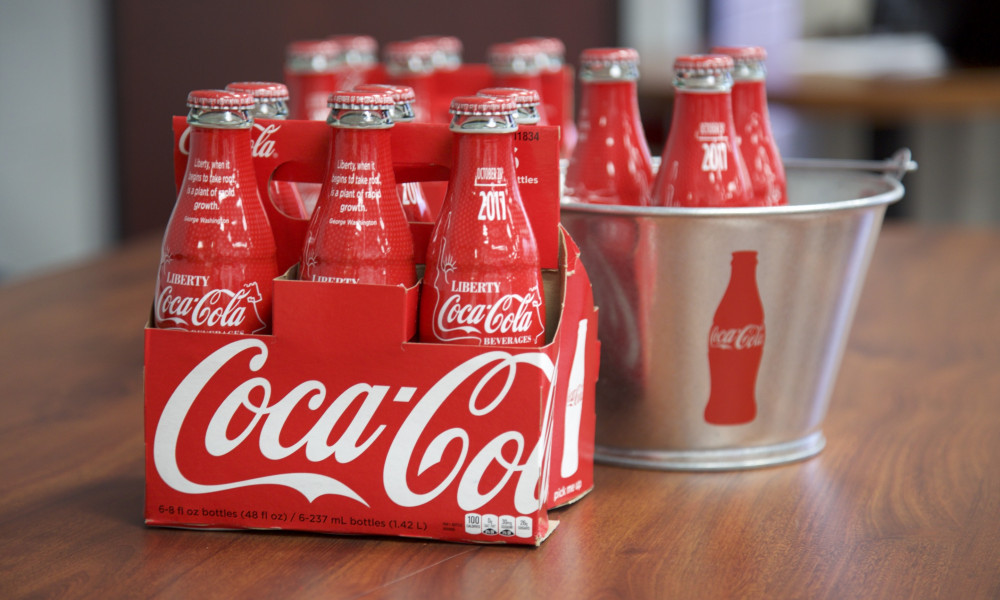 It owes its appearance to black slavery and Prohibition. It was originally sold in chemist’s shops as a remedy for nerves and impotency, and today 80% of Earth population drinks this beverage. World brand “Coca-Cola” celebrates 129 years of existence this year.

As far back as in 1886 a modest pharmacologist from Atlanta and also morphine addict John Pemberton put together the ingredients of “Coca-cola” for the first time. He used coca leaves to treat his addiction and cola nuts brought by slaves from Africa were rumored to be one great hangover treatment. Sure enough, there is no trace of either coca or cola in the modern version of the drink.

The resulting thick syrup didn’t enjoy distinctive demand: only nine glasses a day were successfully sold. But once a customer asked to add soda to the ropy substance – that’s how “Coca-Cola” became aerated and subsequently tasty and popular. Soon Prohibition arrived not only to boost sales of soft drinks but also to give the green light to replacement of pernicious alcohol with “harmless” cocaine.

It was only in 1903 when general public finally got exasperated and coca leaves started being preliminarily “squeezed”. Sales level wasn’t at all affected by the novelty: “Coca-Cola” had become Number 1 drink in America by that moment. The time is ripe to recall the name of Asa Candler, who bought out the recipe of the popular product from its creator’s widow on January, 31, 1893 and registered the trade mark thus providing an impetus to creation of worldwide company.

Composition of the iconic sparkler is steeped with legends. Allegedly, the exact formula is known solely to two company owners, with each of them knowing only a half of it and somewhere in a secret safe the recipe is preserved that Pemberton wrote with his own hand. Funny thing, but the list of ingredients can be relatively easily found in the Internet: coca leaves extract, ginger and lime juice, sugar, caffeine, vanilla caramel, water. There’s nothing exotic, furthermore, nothing remarkable. Take at least the fact that, according to researches, the majority of people are unable to distinguish “Coke” from “Pepsi”.

It stands to greater reason to suggest that the drink obtained its wild popularity not so much due to its unique taste but rather due to properly chosen development strategy. In addition, Robert Woodruff who was heading the company for the whole 60 years, turned out to be an excellent advertising expert and innovator. It was he who came up with ideas of selling six-packs of bottles; fluted metal cap that were easier to open; open coolers and outdoor freezers.Even the renowned image of the bearded Santa Clause in a red-and-white outfit was created especially for the “Coke’s” Christmas commercial in 1931.

Recognizable “sowbelly” bottle has its history as well. One theory is that the designer simply confused English words coca and cocoa and created the container in the shape of cacao pod. According to the other one, graceful features were drawn from the trumpet skirt fashionable in early 20th century.

But sophistication and shape flow of all the “Coca-Cola” bottle variations fades into insignificance when calling to mind all the horrors told about its content: as if it dissolves coins, cleans from rust and scale like it’s a piece of cake. But there is no defense for the majority of myths and the orthophosphoric acid present in the drink is ten times less active than table vinegar. Once Turkish authorities filed a law suit against the company saying that cochineal scale insect (carmine) is used as a colorant while religion prohibits Muslims to eat insects. It turned out that in order to get the color a simple burnt sugar is added thus the conflict abated of itself.

Today Pemberton’s offspring became an integral attribute of every fast food. At the same time, if the writer victor Pelevin is right, “in Eastern European countries “Coca-Cola” is rather an ideological fetish than a refreshment beverage”. True, it hit our market only in 1988 and was until recently associated with “the taste of freedom”. However, in the rest of the world either with all the time that had passed, or due to the growing number of competitor drinks, or in the forefront of healthy lifestyle, red-and-white brand has long ago lost a tincture of being something special and a bottle of cola isn’t a must-have in every backpack. Although, how do you know that, when telling you all this, I’m not sipping the notorious “Coke” from a straw?

Veuve Clicquot: Champagne of Merry WidIow
Today’s foodies probably would have disdained to drink this champagne in the beginning of 19th century: an elegant golden wine was concealed by cloudy veil of yeast introduced into the blend to produce carbon dioxide, a delightful bouquet of fruit and vanilla tones was destroyed by rough off-flavours. Such a product could not satisfy the refined tastes of wealthy public and, as a consequence...

Brand history: Baileys
It is available in virtually every fine restaurant, café or home bar. Among a variety of various containers with as various kinds of spirits, the real connoisseur will off the bat recognize the famous bottle with the label that has green landscape on it and where writing Baileys shines. This liqueur is made on the basis of whisky and cream, for its unique palatability traits gastronomists nicknamed it “creamy miracle”.