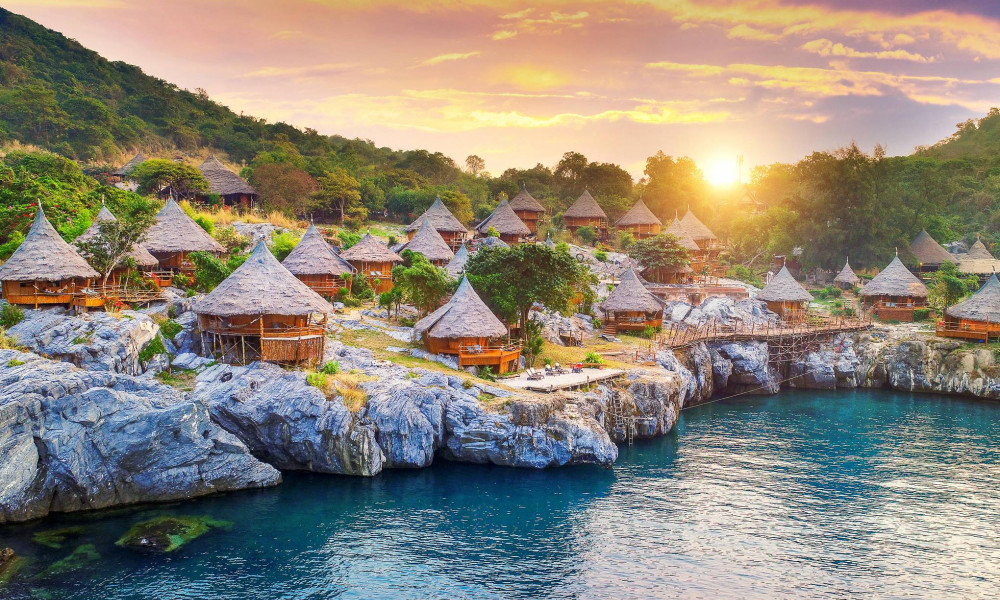 Each of us wants to escape rush of a city from time to time and lie low somewhere far from everything and anything. And it better be a place where one can listen to whisper of waves, feel light breeze and forever make friends with inimitably loud silence that muffles every disturbing thought…

But there are lucky ones on this planet, who live in such places permanently and call them homes… Practice has proven that number of fans of island-based life of a hermit grows blisteringly especially among high and mighty. Upon purchasing uninhabited islands they turn them into completely inhabited works of art. We are going to tell you about some of them today!

On one of islands of Thousand Islands Archipelago a peculiar tiny home is situated. Though “situated” is a bit of an understatement – it simply occupies entire territory of the tiny island, given that it consists of just one room. Mini-nest was created in 1950s by Sizeland family who had dreamt of a cozy place to spend weekends and holidays. No surprise that they came up with the idea of secluding themselves so radically because not far from their island the abovementioned Heart Island is located probably to serve as an example to follow. And despite the fact that the scale of the house can hardly be compared to the vast of

On north-western coast of Photo handluggageonly.co.uk

Read also: The Mont-Saint-Michel Abbey: To see and fall in love