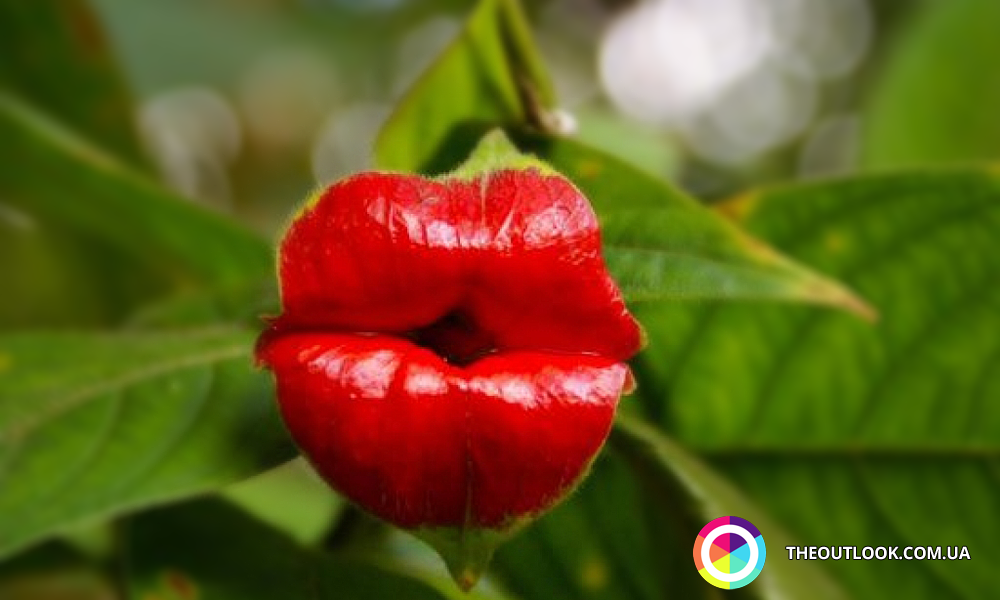 Today OUTLOOK prepared a selection of the world’s most weird flowers. Leaves of Queen Victoria's water lily even without any of computer graphics may be used as scenery for Thumbelina’s escape from the mole. And luscious and aggressive scent of lily causing dizziness is nothing compared to the rotten flesh aroma or Rafflesia or Amorphophallus.

Let's start with the huge and far-from-vanilla smelling Rafflesia.

This flower, or rather to say a giant bloom, was discovered at the beginning of the XIX century by the expedition to the Indonesian island of Sumatra. Wandering in the tropical jungle, explorers smelled aroma which shocked their noses... Following the scent, the researchers expected to see whether Aboriginal public toilet, or a decaying corpse of some animal, but not a beautiful inflorescence, in addition as wide as a meter in diameter.

Parasitic plant does not have its own leaves and roots, it feeds on its host’s body, which is usually a vine.

Rafflesia’s compatriot Amorphophallus can compete with it in all respects.

Dissected leaves with large spadix in the middle are listed among representatives of the Arum family. Rotten meat, eggs and fish mixed in one salad – is a description of three-meter high giant’s aroma. It does not use other plants as breadwinners, but lives on its own for about half a century and blooms only a few times throughout its whole life. Best botanical gardens and greenhouses try their best to get this inmate which is sure to attract full house during 2 or 3 days of its blooming.

And the real murderer Nepenthes is glancing at us from this photo.

Native to the tropics of Asia, the plant is reluctant to be fed on photosynthesis,  instead it emits a smell luring a variety of insects, and sometimes even silly rodents, frogs and birds. Once a victims sits on a pitcher flower, its cover shuts suddenly. Lunch find itself closed in a trap filled with water (some flowers can contain up to two liters of liquid).

This prickly Mexican called Saguaro did not use to make a feast of birds, and even hosts them inside its blossom.

Over its lifetime in native Arizona this giant cactus grows up to 20 meters and gains weight of about 10 tons! Its flowers bloom in late spring and serve as a temporary home for birds. By the way, an attempt to damage wildlife saguaro can cost 25 years of freedom, as provided by local laws. However, emerged, the plant itself is able to wreak vengeance upon its offenders. In the early 80s two guys decided to let his gun off into cactuses. As a result of hitting the target, a part of the centennial saguaro broke out and fell upon gunman, who was killed instantly.

What you can see in this picture are not PhotoShopattached celebrity lips, but only a flower of Psychotria Elata.

The Mother Nature’s kiss can be admired in the southern part of the United States.

Two-meter large plate-like leaves floating on ponds in the South America secured for the lotus a place in the Guinness Book of Records as the largest flowering plant on the Earth. When blooming, its snow-white bud comes to the surface only once a year and just after sunset... With sunrise it dives back into water and emerges in the evening of the next day painted in pink.

It is not a flower which was carelessly stepped on, but a rare species - underground orchid.

Plant was spotted by an amateur gardener Jack Trott nearly a century ago. He smelled a sweet scent near cracked soil out of which an unfamiliar inflorescence peeped at him. As it turned out, it was an unknown then species of orchids, called Rhizanthella gardneri. It grows for no more than 8 centimeters, and receives life-giving substance not from the sun, but from bushes to which it is attached. This underground flower dwells exclusively in Western Australia.