On the catwalk: Bhutan 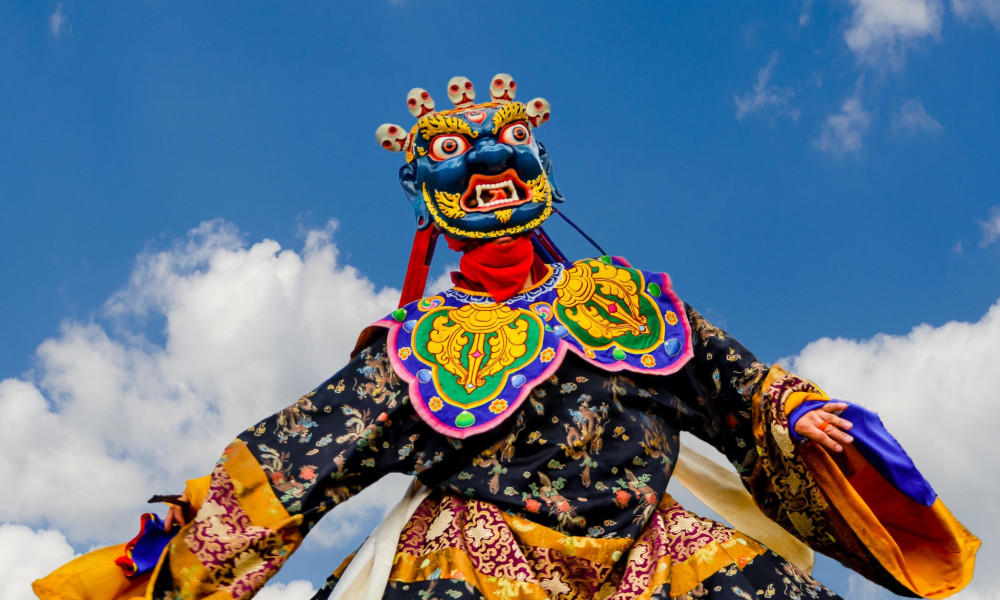 On hearing such words as “people”, “country”, “state” alongside traditional associations – flag, monuments of architecture and outstanding personalities – images formed due to national outfits emerge in one’s head. Today we talk about Bhutan, where people are legally bound to wear traditional clothes in all public places in daylight.

“The Driglam Namzha” or Bhutanese rules of manners and behavior were adopted as far back as in 17th century by Zhabdrung Rinpoche Ngawang Namgyal, the founder of the state. By design, these norms were supposed to regulate not only such fields of life as culture, architecture and art but also provide for younger generations to be bound to study Dzongkha language. General appearance of citizens also got under the law’s jurisdiction: it was suggested that citizens wear traditional outfits: “kira” for women and “gho” for men.

In 1989 local powers decided to “strengthen” the Driglam Namzha and the dress-code turned from suggested into compulsory. However, this rave of color didn’t catch everyone’s fancy – about 80 thousand Nepalese who resided in the country, left it, citing unwillingness to wear clothes unallowed by Hinduism. Still, majority of the Bhutanese don’t object and daily dress up in national outfits, much to visitors’ delight who think that there is an eternal carnival in the streets.

Now, what do abovemetioned “kira” and “gho” consist of? Female version is a rectangular-shaped cloth made of thin fabric that is wrapped and folded around a body in a special way. Important thing is that it be ankle-length. Special brooches on shoulders are used as pins, often – silver ones, they are called “koma”. Sometimes they are entirely decorative in shape. Beneath kira they usually wear a thin cotton blouse “wonju”. “Toego” – a long-sleeved jacket – is thrown over.

“Gho”, that sterner sex representatives wear, consists of a knee-long rope, tied with “kera” – a belt made of fabric. It is important for a pocket to be formed in front – they put personal items there and use it as a bag. Long socks are put on legs. On holidays “kabney” is a required element– silk scarf about 90 by 300 cm, framed with fringes. It usually hangs off the left shoulder towards the right thigh. By the way, even adult men use exterior assistance when they get dressed – the process is a hard row to hoe.

National outfit is a key element of social life in Bhutan – they really judge by covers there. Coloring helps tell status of the owner off the bat. For instance, local noblemen wear yellow scarves, official – red ones and ordinary citizens – white ones. That’s the way they live in their kingdom, without complaints. Who knows, may be that’s because in this amazing state they even have the Ministry of Happiness – the only one in the world…