On the catwalk: Norway 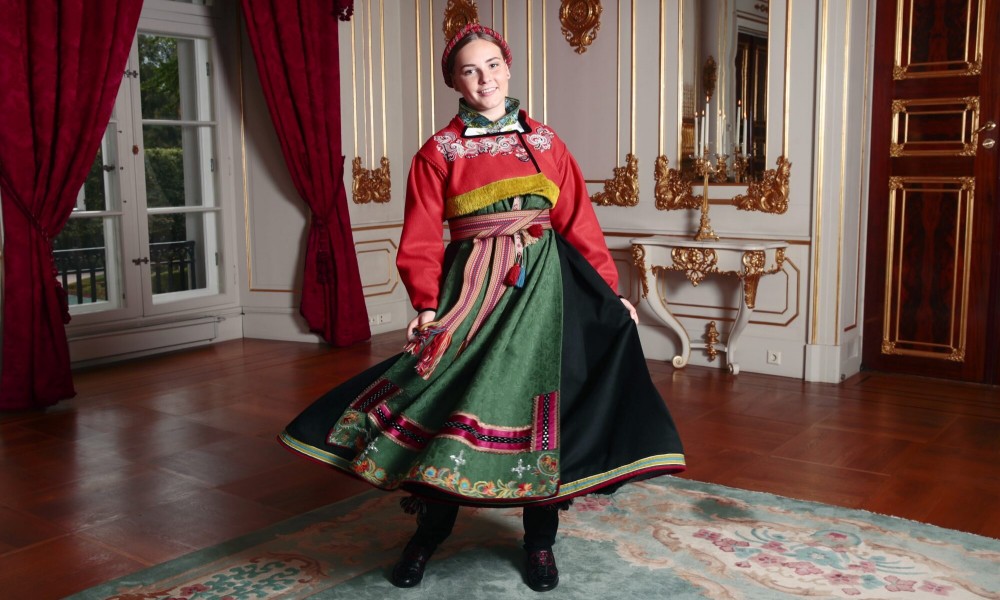 Full set of Norwegian national outfit can be traded for a pretty immodest car. Offspring of Vikings habitually create their bunads, decorated with elaborate embroideries, only manually thus investing a lost of effort and patience in it. Sure enough, they dont wear helmets with horns anymore, but their folk dress still doesnt lack splendor.

Norway obeyed to Danish domination subject to Dano-Norwegian union in compliance with which there was a single king at the head of the new state. Having enhanced their influence, the Danes introduced own traditions attempting to eradicate Norwegian culture by even forbidding bright clothes. Striving for freedom and independence, offspring of Harald Fairhair yearned for gaining own national symbols and outfit became one of them. Hardworking Norwegian women tried to decorate and embroider their clothing, however unostentatious but warm and protecting from bleak north winds, in every possible way: judging by how skillfully the costume was sewn one could tell if a craftswoman was a good housewife. This is how the history of the famous bunad began.

Numerous disputes occur on the name "bunad”, many more of them are raised by Norwegians themselves. A lot of them insist that ancient word "búnaðr” translates as clothes for home”. Others believe it to be nothing else but an outfit carefully sewn for festive occasions. One can come across bunad being mentioned as a collective name for folk dress of all districts of Norway. We won’t argue as to the reason why ancient Scandinavians got dressed in this costume even more so because history is a delicate matter and were sure never to catch up with it. Wed rather tell you what this traditional set makes for.

National womens outfit consists of a blouse decorated with embroideries, a vest adorned with gold threads, several skirts and thick stockings. Winter version also includes long shawl-overcoat and mittens. Shiny buttons, fastenings, Solje brooches as well as earrings and rings hit the eye immediately  all the accessories, just as the outfit itself, are made by hand. This non-dull environment is completed with black court shoes on a short square heel. Shoes of a northern woman resemble ones of a man to remind that there is blood of militant Vikings in the veins of their owner.

Version of the costume for the sterner sex lacks matter-of-factness entirely. The set includes below-knee pants, woolen knee socks (either white or ones with symmetric pattern) pure linen shirt, vest made of dense-texture cloth and accessorized with numerous buttons, and an over-jacket. The whole image of a statuary man is completed with either an unostentatious bowler or a wide-rimmed headpiece. 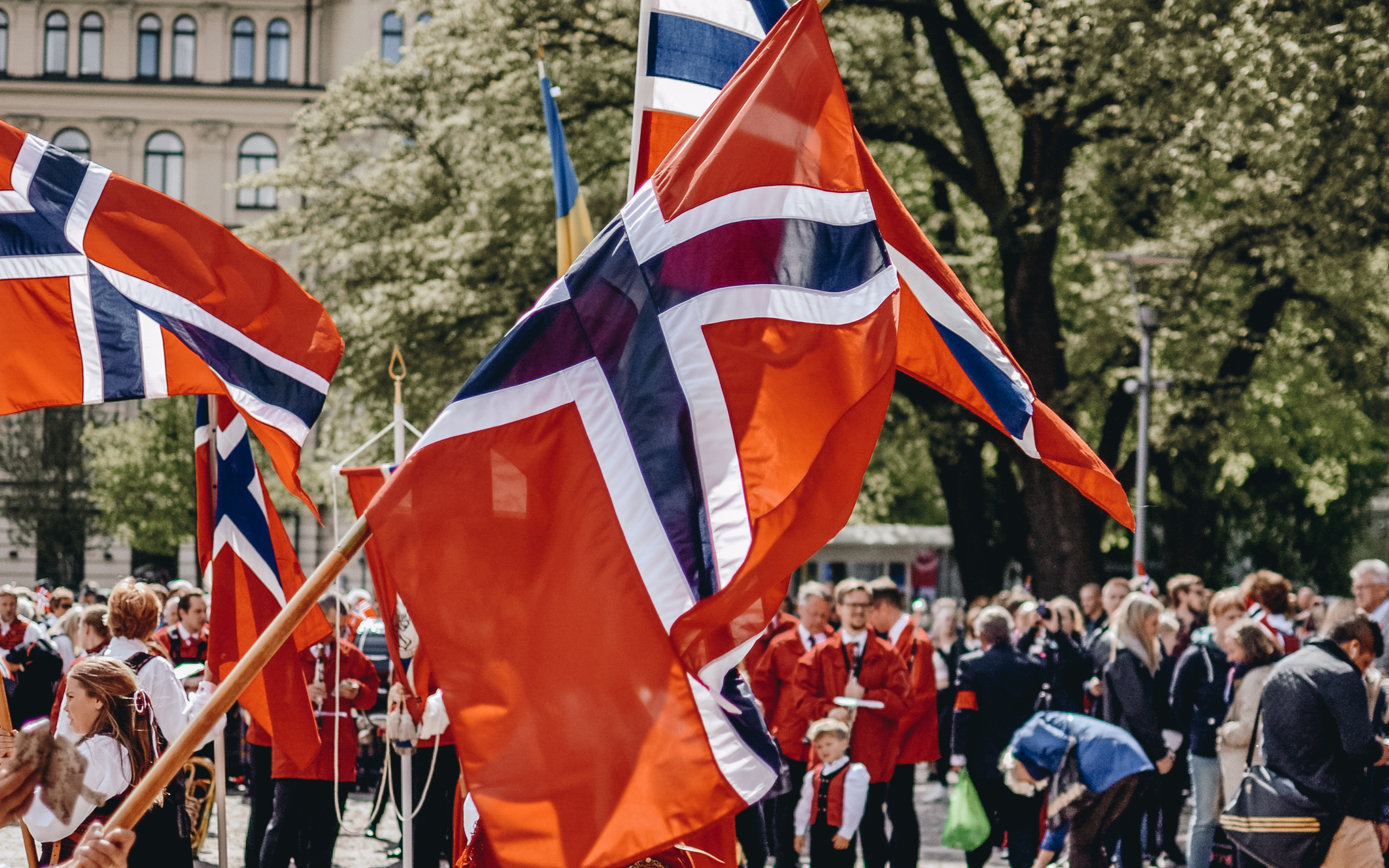 Nowadays Norwegians cherish their traditions with reverence and feel thrilling affection towards national costumes. Majority of gentle sex representatives are sure to have traditional outfits in their wardrobe that theyve inherited from their grandmothers and will most likely give to the next generation. One of the reasons why bunad is so expensive is that every set has unique past.

During festive occasions not only fashionistas put it on gladly but also their men of choice. Thus, on May 17, National Day of Norway, you are sure not to come across a single indigenous inhabitant not dressed in bunad. Representatives of Norwegian royal family do not avoid this tradition, too, and they proudly glow in their national outfits during parades and marches.

According to Norwegian researchers, over the history of the countrys establishment number of costume kinds with different variations amounted to 400. At that each county, that this northern state is divided into, has own features that make its costume distinctive: special pattern on fabric may tell about culture of a county, its household and traditions. This is why it is customary among Norwegians not to wear bunad that appertains to another area unless a family member comes from a different region. As an exception, women are allowed to put on folk dresses specific to their husband's county. Special attention in Norway is paid to proper production of national outfits. Thus, as far back as in 1947 Bunad and Folk Dress Council of Norway was established. Even now so called bunad police ("bunadspolitiet") supervises that national outfits be properly sewn and worn. Should the Council figure out that a shop sells costumes without license, it will be a eason for a law suit!

With time folk dress, just as everything else around, was subject to innovations. In past times decorative elements of costumes were melted out of tin and now buttons and cuff links are made of silver covered with special oxide coating to preserve noble metal in its pristine state. Abundance of accessories in women's version of the outfit was added with a new detail - simple umbrella with manual embroidery and a name of its owner engraved on the handle. Among Norwegian fashionistas it becomes more and more popular to put on special wedding bunad. Beauty of a newlywed's dress is emphasized with ancient ornamental crown; it is every girl's dream come true: to be a bride and a princess at the same time. Men, on the other hand, aren't accustomed to changing settled-down traditions. They can still pick either long or shortcut trousers for theit costumes.

Being a Lutheran, each citizen of Norway at the age of 15 must go throuh a special rite of confirmation during service at church. On such an important occasion parents dress their children in folk costumes. Outfit for a teenager is hand-made and "encrusted" with silver. Such bunad costs as much as two-three thousand dollars. However, Norwegians spare no resources on traditional dresses, more than a half of population have bunad in their wardrobe anyway!

Grunnlovsdag. Ambassador Ole Terje Horpestad met guests on the occasion of a national holiday
The celebration of the Norwegian Constitution Day was held in the heart of the capital! The Embassy was the initiator of the reception.