On the catwalk: Spain 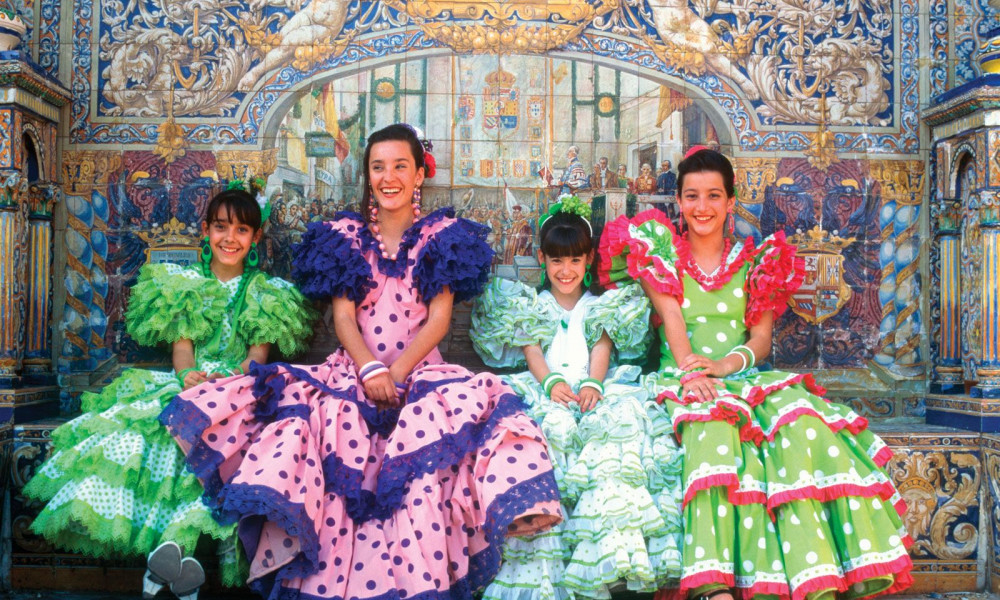 Spanish clothes aren’t limited to high-quality low-price mass-market. Stuff from this country has easily found ready sale around the world for several centuries already. And it makes sense because everything began with national outfit that “infected” the whole Europe with its exceptional beauty and fancy and still amazes people nowadays.

It is important to begin with emphasizing that in Spain national outfits exist in more than one sample. According to culture experts, there are as many national clothes versions that differ from each other quite drastically at times, as country regions. Nevertheless, common trends and characteristics can be seen often enough. In both women’s and men’s clothes knights’ ideals, royal court etiquette and catholic asceticism are intertwined. And since it all originated in Renaissance Era, special attention was paid to proportionality, essence of shapes and demand to hide body as much as possibly.Photo classroom.synonym.com

Should we leave to Spaniards their regional issues from political views to culinary preferences and concentrate on national outfits alone, we can pretty clearly distinguish common features that they adhere to in Madrid, Andalusia and Catalonia. Rigid framework of women’s dress is what is left as a heritage from the House of Habsburgs and fashion in their court. Jerkins with revers, extremely voluminous skirt, fan, wooden-soled chapines shoes, shawl and, sure enough, a corset – “convenience” of wearing it is courtesy of Joanna of Castile, Queen consort of Portugal, who decided that she needed a special “thinning” dress to hide her pregnancy. Alongside basic elements, women used to adorn their outfits with jewelry, chamois, velvet and diamond pins. Silhouette of a lady in waiting resembled a well-defined triangle with hair, gathered at the back of the head, constituting its vertex; and the outfit itself due to its rigidity (sometimes they even sewn metal rings into a skirt) was some sort of a case.Photo blog.spainintheusa.org

This massiveness was what differed noble people from simple ones – ordinary women wore same blouses, skirts and shirts only much lighter, more colorful and without heavy decoration. With time fashionistas in waiting followed the lead of simple Spanish women to make their clothes more practical and comfortable therefore by late 19th century crown-bearing persons were able not only to sit on thrones in their “cases” but even dance lively flamenco. This is probably one of the few examples in history when noblemen reached out for ordinary people not vice versa. Crowns are crowns, but a person needs some freedom of movement to be happy.

As to men’s costumes, there was no such evolution in it because representatives of the sterner sex originally wore practical outfits, and clothes of court nobility differed from ones of countrymen in quality of materials. Their wardrobe included Figaro jacket, slim-fit pants, buckled shoes often made of white leather, bright vest, belt with navaja knife, stockings and cocked hat. Images were completed with short hairdos, moustaches and beards. Just as women, Spanish men used a lot of adornments: necklaces, rings and jewelry belts. As an overcoat long hooded cloaks were used. Toreadors dress similarly nowadays.Photo love2fly.iberia.com

Upon having followed alterations of Spain's culture heritage in costume one can see how morals and tastes of a huge empire state were changing. And though nowadays we can hardly see people dressed like 500 years ago even during national holidays because it is bulky and uncomfortable, one can enjoy such rarities in museums and galleries. And the fact that evolution took place and that now during folk festivals both rich and poor Spaniards are dressed in equally simple outfits is great because it demonstrates that despite all the differences people are united.