On the catwalk: Ukraine 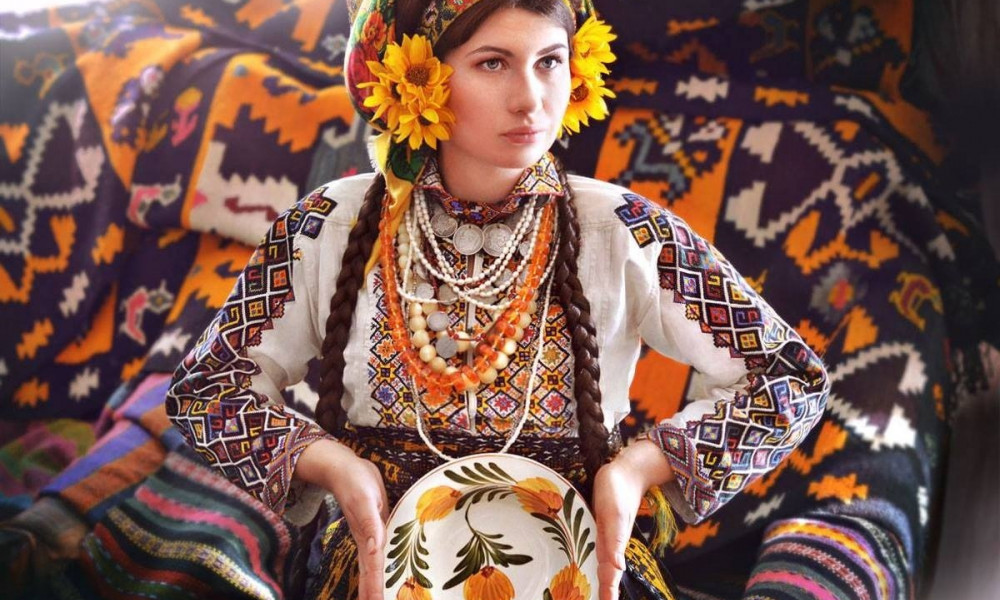 Traditional Ukrainian clothes are absolutely unique, bright and distinctive. So there is no surprise that they still remain relevant for both Ukrainian and foreign fashion-mongers. In recent years designers of the world create entire collection based on the main symbol  vyshyvanka (embroidered clothing)  and many celebrities now and then put on shirts with magic ornamentation believing them to be the summit of elegance.

Until a few years ago national Ukrainian clothes were spread mainly in villages and small towns where local dwellers revere ancient traditions especially scrupulously. However nowadays we come across people in traditional vyshyvankas in the streets of large cities every day. And not just on weekends but also in ordinary monotonous everyday life that become a bit brighter and warmer with the help of various colorful patterns.Photo vseua.info

History of Ukrainian costume is inseparable from traditions that existed back in the times of Kyiv Rus. We can find a proof of that in the legendary Tale of Igors Campaign where such elements of an outfit as svytka, kozhukh and sharovary are mentioned numerously. Main element of Ukrainian national costume, sorochka (national shirt) has traveled through time since then and in centuries to follow. Since olden times work on a national outfit has been a sacred process that reflected our craftswomens urge to pass on traditions and transfer to a cloth picturesque nature of Ukraine standing in drastic contrast to sad historic events that life of people had been full of for centuries. Headwear was an important part of a womans wardrobe, it could tell a lot about its owner. For instance, single ladies preferred tender wreaths decorated with flowers or bright ribbons, married ones opted for ochipok (a piece in a shape of a skullcap with a vertical section in the back, that was to be laced) to cover hair. Women took them off only before going to bed. Ochipok was made of all kinds of materials such as textile, silk and brocade. Use of expensive materials is explained by the fact that ochipok was popular in all layers of society. On top of ochipok festive namitka was worn (a piece of white fabric 1 to 5 meters long that was wound around the head in various ways). Walking without a headdress wasnt welcomed  there was a belief that it could bring all sorts of misfortunes such as crop failure or epidemic sickness of livestock. As to footwear, in warm seasons Ukrainian women wore ankle-boots on small heels and in winter  leather boots with ornamentation.

Mens outfit was pretty expressive, too  it emphasized freedom-loving nature of Ukrainians; also, peculiarities of their lifestyle was taken into account in it. The costume consisted of a loose sorochka, sharovary of same quality, svytka and a wide belt. Boot served as the main kind of footwear. In summer men put on straw hats  bryl  that protected them from scalding sun. In winter  leather or sheep wool headwear. Also, in cold seasons tanned lambskin was used to produce kozhukhs. Place of honor in winter collections was occupied by sheepskin vests, svytkas and zhupans.
Photo medium.com

Main distinctive of Ukrainian national costume is that, given common idea of an outfit, nearly each region created own unique version. Differences began with patterns and color of embroidery and ended with certain discrepancies in key elements. For instance a hutsul could be easily spotted by kresanya  black felt hat decorated with a buckle and with a feather sticking from beneath it. Dwellers of highland regions really liked wearing a keptar  sleeveless jacket made of fur that helped get warm and protected from winds in the mountains. There was also leybyk  another sleeveless jacket, only made of cloths  this one caught fancy of inhabitants of the northern part of the country. And dwellers of western regions were remarkable because of their footwear  postoly, made of a single piece of leather and worn on top of onuchi.

Vyshyvanka was a special sacrament for each craftswoman. It had sacred meaning. Each pattern carried own encoded sense and was meant to bring happiness, foster good harvests or long years of family life. In each region own colors prevailed. For instance, central parts were famous for their passionate red-and-black ornamentation, south  for red, green and yellow colors.
Photo ridna.u

Traditional outfits of many countries failed to naturally blend in to a new century. They are revered, used during all kinds of national holidays but they are rarely if ever worn in everyday lives. But its not the case of Ukraine  we cannot imagine our lives without certain elements of wardrobe such as shirts and dresses decorated with traditional ornamentation, male hats and warm sheepskin coats. And such affection is justified because they resonate with clothes of our predecessors - this doesn't let national outfits become a thing of past but promises them a long future instead.