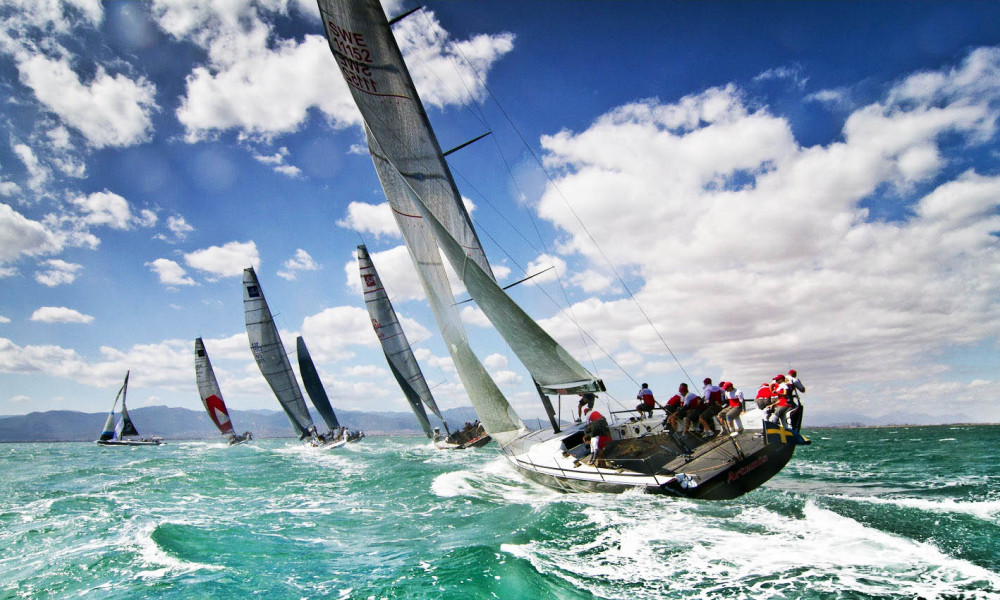 Regatta is a race competition between crews of sailing yachts. We have selected for you the coolest, the most celebrated, expensive and, sometimes, even dangerous blue water events in the world which, of course, will make anyone nervous, but just will not leave anyone indifferent. We depart, join us!

One of the longest running and best-known annual sailing regattas in the world. The event lasts for 7 action packed days.

History: the first race was for a Gold Cup of the value of £100, held in 1826 for just seven yachts under the flag of the Royal Yacht Club (which later became the Royal Yacht Squadron in 1833). The next year King George IV indicated his approval of the event by presenting a cup (the King's Cup, presented at every subsequent event until 1939) to mark the occasion, and the event became known as Cowes Regatta.

The course: Solent waters off Cowes in the United Kingdom.

Conditions of entry: the event is open to everyone with amateur sailors competing alongside professionals. Children from 14 years old with experience in children's sailing school.

Every year the cream of sailing from around the world compete at this landmark event. This yacht race is not special by length of its course, but it is incredibly complex and beautiful. Up to 2000 yachts have to sail around the Isle of Wight, an island situated off the south coast of England.

History: the organizer of the regatta is one of the best-known yacht clubs the Island Sailing Club. The first regatta was held in 1931.

The course: water area of the Isle of Wight, England.

Conditions of entry: all interested persons. Experience is not required, the main thing is desire to compete.

It would be an amiss not to mention this global sailing race, since it was verified by Guinness World Record as The Largest Sailing Race in the World.

History: it is a day when the sailing community remembers Andrew 'Bart' Simpson, a double Olympic medallist who tragically lost his life in the crash of a catamaran whilst training for the 34th Americas cup in 2013.

The course: the distance should be at least one kilometre from start to finish.

Conditions of entry: all interested can take part in the race.

This is probably the most atmospheric and challenging of 600-mile offshore races.

History: in 1944, the situation on the Pacific front was clearly favourable for the Allies, Australia was no longer threatened by the Japanese army. Yachtsmen from Sydney established their Cruising Yacht Club of Australia (CYCA) to resume quickly sailing races interrupted by the war.

The course: distance along Australia, Bass Strait and the coast of the island of Tasmania.

Conditions of entry: almost all kinds of boats, the main requirement is that the length is not less than 9 and not more than 30 meters, participants must have documents confirming that a competitor was trained at survival at sea and in the ocean.

The famous truly global team regatta, an icon of water sport. In terms of heat of struggle, interest to sport, number of people watching it and financial component, the regatta Volvo Ocean Race is comparable with Formula 1.

History: for the first time this event was held in 1973 (until 1997 it was called the Whitbread Round the World Race), now it is held every two years.

In this sport, you can enjoy everything: look at the most beautiful landscape and seascapes found anywhere in the world, or participate in sailing a yacht, develop new skills and learning yourself with a completely new side. It is never late to learn, participation in the yacht race is great type of active recreation, and a challenge to everyone who takes part. So, relax with benefit and vivid impressions!

«AN HOUR BEFORE» the horse racing
Horse racing has always been an important part of secular society. This is a kind of solemn reception, where the noble people can compete in elegance, style and even a little pretentiousness. But at the same time, horse racing is one of the most difficult sports which requires special preparation, intensive training, and anxious care of animals. OUTLOOK was lucky to watch how the preparations for the race happened...

«AN HOUR BEFORE» the boxing match
OUTLOOK continues its series of «AN HOUR BEFORE»! And yesterday, we managed to get on one of the expected professional boxing fans fights - the fight between the intercontinental WBO heavyweight champion Ukrainian Alexander Usik and his rival - South African boxer - Johnny Muller!

American football: Not a cookie-pusher’s kind of sport
Summer is the best time not only to master new means of sports but also challenge own health and take some serious risk. This means, you can venture to try even such an uneasy game as American football. Before taking a deep plunge into thrilling adrenaline rush, OUTLOOK brings to your notice some theory and interesting facts about the New World’s main hobby.

Viktor Vatsko at the Microphone
On the eve of International Sports Journalist Day Ukrainian commentator Viktor Vatsko told OUTLOOK about his profession, football behind-the-scenes games and reasons why after some coverages he cannot fall asleep as late as till 5 a.m.

More Than a Club – football in Catalan style
Should one make a historic action sketch for football Barcelona with moments to boast about, the club will have the most reason to overween. OUTLOOK decided to have a deeper look into the history of the team and highlight names of those “guilty” of its almost unprecedented success with a marker. In season 2008/2009 alone it collected all possible major club trophies and every other time the world is watching its confrontation with Real Madrid with exalted awe.