Youtube
Статьи  >  Watch  >  «AN HOUR BEFORE» the horse racing

«AN HOUR BEFORE» the horse racing 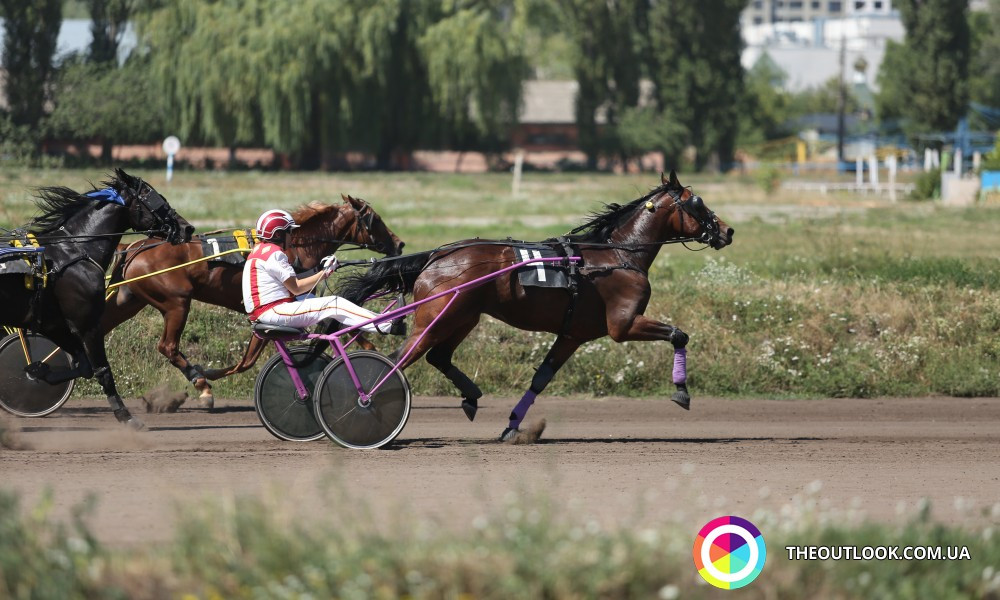 Horse racing has always been an important part of secular society. This is a kind of solemn reception, where the noble people can compete in elegance, style and even a little pretentiousness. But at the same time, horse racing is one of the most difficult sports which requires special preparation, intensive training, and anxious care of animals. OUTLOOK was lucky to watch how the preparations for the race happened...
Автор галереи: Oleksandr Zadniprianyi
Вам это будет интересно:

Join sports: The world's most famous regattas
Regatta is a race competition between crews of sailing yachts. We have selected for you the coolest, the most celebrated, expensive and, sometimes, even dangerous blue water events in the world which, of course, will make anyone nervous, but just will not leave anyone indifferent. We depart, join us!

«AN HOUR BEFORE» the ballet
OUTLOOK is proceeding with publishing series of articles "An Hour Before" and specially for World Dance Day snuck behind the scenes of National Opera of Ukrainek! What happens off-stage while guests are taking their seats in the hall? How are ballet dancer getting ready? We also were interested to follow all those steps...

«AN HOUR BEFORE» the tattoo
Have you ever thought about how to decorate your body with a tattoo? Every year drawings on the body are becoming increasingly popular. Today, OUTLOOK decides to see how tattoo artists prepare to do work. To follow all the stages we offer you to see our regular column «AN HOUR BEFORE».

«AN HOUR BEFORE»: New Police Patrol
OUTLOOK continues series of features "..." and this time we were lucky to witness how a crew of New Police Patrol is getting ready for duty. So, today we suggest you figure out how morning of these courageous people in charge of our safety begins.

«AN HOUR BEFORE» live air on 1+1 Channel
OUTLOOK continues a series of features "An Hour Before" and specially for you our team woke up earlier than anybody esle and headed to 1+1 Channel where in the company of first rays of dawn and a flavor of invagorating coffee one of the most popular Ukraine's morning shows Breakfast with 1+1 gets ready for air.

«AN HOUR BEFORE» the boxing match
OUTLOOK continues its series of «AN HOUR BEFORE»! And yesterday, we managed to get on one of the expected professional boxing fans fights - the fight between the intercontinental WBO heavyweight champion Ukrainian Alexander Usik and his rival - South African boxer - Johnny Muller!

American football: Not a cookie-pusher’s kind of sport
Summer is the best time not only to master new means of sports but also challenge own health and take some serious risk. This means, you can venture to try even such an uneasy game as American football. Before taking a deep plunge into thrilling adrenaline rush, OUTLOOK brings to your notice some theory and interesting facts about the New World’s main hobby.

«AN HOUR BEFORE» the fashion show
OUTLOOK is proceeding with publishing series of articles "An Hour Before" and specially for our readers snuck behind the scenes of Ukrainian Fashion Week! What happens off-stage while guests are taking their seats in the hall? How are models getting ready? Whether the designer is nervous? We also were interested to follow all those steps... Have a look at backstage of show by Ukrainian designer Elena Dats!

Viktor Vatsko at the Microphone
On the eve of International Sports Journalist Day Ukrainian commentator Viktor Vatsko told OUTLOOK about his profession, football behind-the-scenes games and reasons why after some coverages he cannot fall asleep as late as till 5 a.m.

More Than a Club – football in Catalan style
Should one make a historic action sketch for football Barcelona with moments to boast about, the club will have the most reason to overween. OUTLOOK decided to have a deeper look into the history of the team and highlight names of those “guilty” of its almost unprecedented success with a marker. In season 2008/2009 alone it collected all possible major club trophies and every other time the world is watching its confrontation with Real Madrid with exalted awe.