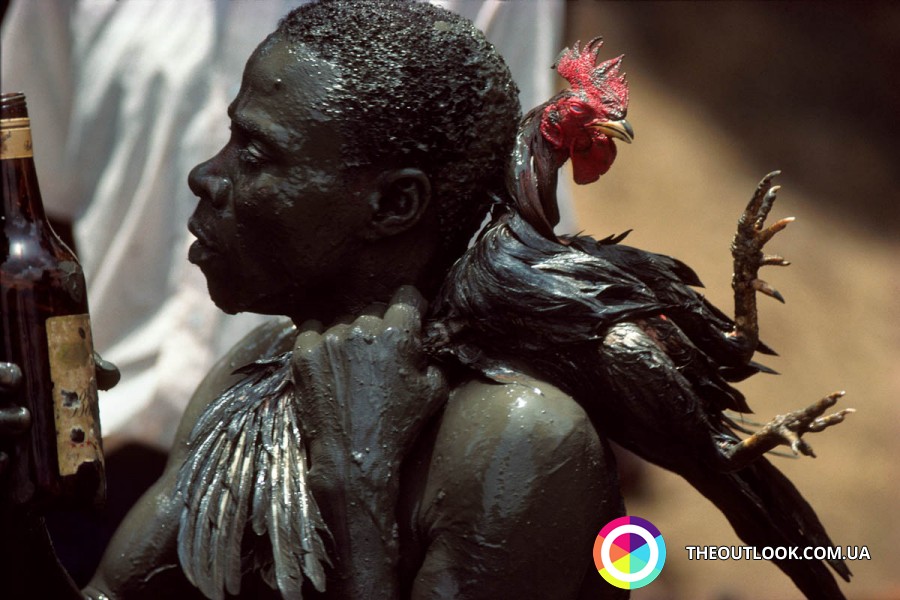 President of African country of Benin Nicefore Soglo proclaimed this day a state holiday in 1993 for 80% of the state’s population are adherent to religion that has toying with dark powers in the core of it. But it is not only in Africa where such sacrifices are made.

Dark-skinned slaves having been brought from Benin spread voodooism around the globe. There are its adherents in the USA, in Brazil and in Europe. Fame of the doll, poked with needles, broadened areal of the belief and gained a lot of followers for rituals of the kind.

In fact, according to Beninese sorcerers, mould figures are only child’s play renowned due to American horror movies. Far more horrifying things take place in tribes during Voodoo Day celebrations. Murdered monkeys with their tongues out alone are worth a lot! They symbolize the most dreadful damnations.

Sure, first thing that comes to mind is that it is a display of genuine savagery and that civilized people do not celebrate holidays like this. But you never know. There still is this hypothesis that voodoo religion is an inaccurate interpretation of … Christianity. At least, this is what majority of theologians believe.

How come? Many European colonizers of Africa never imposed their own religion but demanded abidance to some of its elements from local citizens. And some 5-6 centuries ago Christianity wasn’t that humane. Thus Africans, watching foreigners, adopted some of their believes mixing it with own traditions. Here you go the story of how voodooism emerged (one of versions). Aborigines themselves don’t find it bloody. They prefer killing animals as a sacrifice symbol only on feast days and the rest of the time – not to sin and not to interfere with lives of fellowmen.

Rwanda: Oh Africa, that’s Africa!
Despite the tragic past, not so long ago Rwandas shot a film called “Living Forgiveness” where they told how they live after a period of survival. The Civil War could not break them. Moreover, nowadays Rwanda, according to tourist standards, is catching up with Singapore. Can you believe in it? Then read the article asap!

Guinea Bissau: Expensive downshifting
People on holiday can be divided into two types: “tender creatures” and “adrenaline addicts”. Former ones will trade passive sunbathing and comfortable hotels for nothing. The letter ones prefer even cabins to annoying all inclusive and suites. “Cabins” are the conditions Guinea Bissau provides you with.

Nairobi: Now I have seen everything
Unique nature, the main tectonic fault of our planet, flamingos, giraffes and cheetahs at arm's length - all this and much more in our new article about the Kenyan capital city of Nairobi and its environs.

Kano: Nigeria's oldest city
You had enough of boring and predictable touristy destinations, but you are not ready to dive headlong into dangerous adventures in the wild jungle? If yes, go to Nigeria! This civilized African region is amazing, but not frightening. In addition, it is a home to Nollywood - the biggest movies factory, to which even Hollywood is the second. Today we will tell you about Kano, the oldest city in Nigeria.