Youtube
Статьи  >  Visit  >  Baalbek. The City of the Sun

Baalbek. The City of the Sun 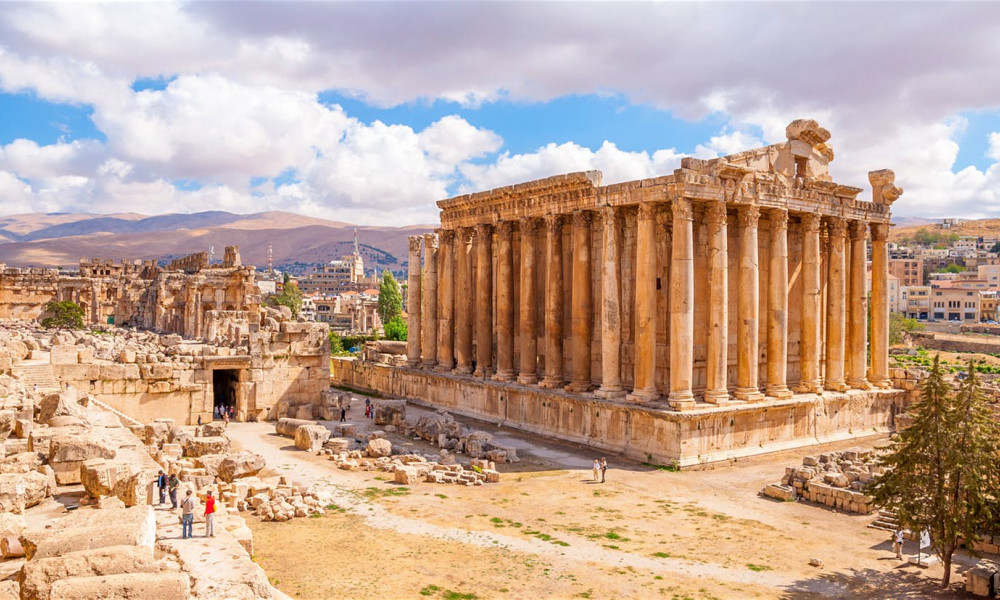 This might have been Titans with about three meters of height or aliens who accidentally happened to wander on Earth and had to build a spaceport. Or maybe the Phoenicians tried to express their obeisance to the supreme god Ba’al with a gigantic construction. Till now nobody managed to answer what kind of civilization erected Baalbek – one of the most majestic monuments of Lebanon.

Probably the most amazing thing about the construction of Baalbek temple complex is its “bricks”. They aren’t just big – they are huge. Many of them weigh hundreds of tons and some of them even thousands. More to that, largest of them don’t lie on the ground but are used in construction at the height of 7-8 meters. All the blocks are arranged carefully and connected in the manner that it is hard to shove a blade or a needle in between. But what amazes especially is the Stone of the South. It lies at a distance from other erections in the closest quarry and is considered the largest milled stone on the globe. 23 meters long and 5 meters high. This manmade miracle weighs fifteen hundred tonnes. Somehow it didn’t make it to the construction site and was left afar. Locals are sure it has healing powers therefore women eager to conceive a baby often come to the stone to lie on it and gather some energy. Ancient constructors deserve as much respect for the columns of temple buildings that are as large as a six-store building. They are made of pink marble and polished to shine. And though many of them were destroyed by time, what’s remained doesn’t cease to amaze globetrotters with its victory in thousands-year-long fight with winds and sun. Each of those columns is two and a half meters in diameter and weighs 45 tonnes. There is this unique stairway in Baalbek. It is the widest of all known ones. On each of its steps up to a hundred people can easily settle. Besides, beneath the main temple of the complex there is a complicated system of underground passages. They are wide and high enough even for a chariot to ride in them. They also constitute a part of the greatest mystery of Baalbek – footstep of the Temple of Jupiter. Scientists assert that the foundation of the building was laid much earlier than the place to worship an ancient god itself but its true purpose is unknown to them. Numerous indentations in wallsides of “bricks” add some more historic “fog”. Some say that those are marks of a hand chisel, others insist that it was impossible to mill such huge blocks without complicated equipment otherwise over fifty thousand people had to be engaged in construction which was an exorbitant number back in the days. Numerous square apertures in the blocks are equally mysterious. Especially attentive ones see the likelines with same kind of holes in all ancient gigantic erections (Egyptisn Pyramids, temples of the Incas..) By the way, neighboring constructions erected in honor of other gods, Venus and Bacchus, are more modest and hide no underground passages.

It remains unclear how in those distant times architects managed not only to move blocks so huge without any technical means but also lift them to a significant height. Some legends tell about a special pipe that could soften stones with its melody. Other researchers are convinced that anti-gravity, possessed by the enlightened, helped them. A version exists that Egyptian oraclres allegedly sprayed it with some sort of liquid to make stones soft as clay. Most down-to-Earth theories suggest super-strong ropes and chariots that helped builders of Baalbek move heavystuff. Anyway, no documentary descriptionof the construction has been discovered yet. 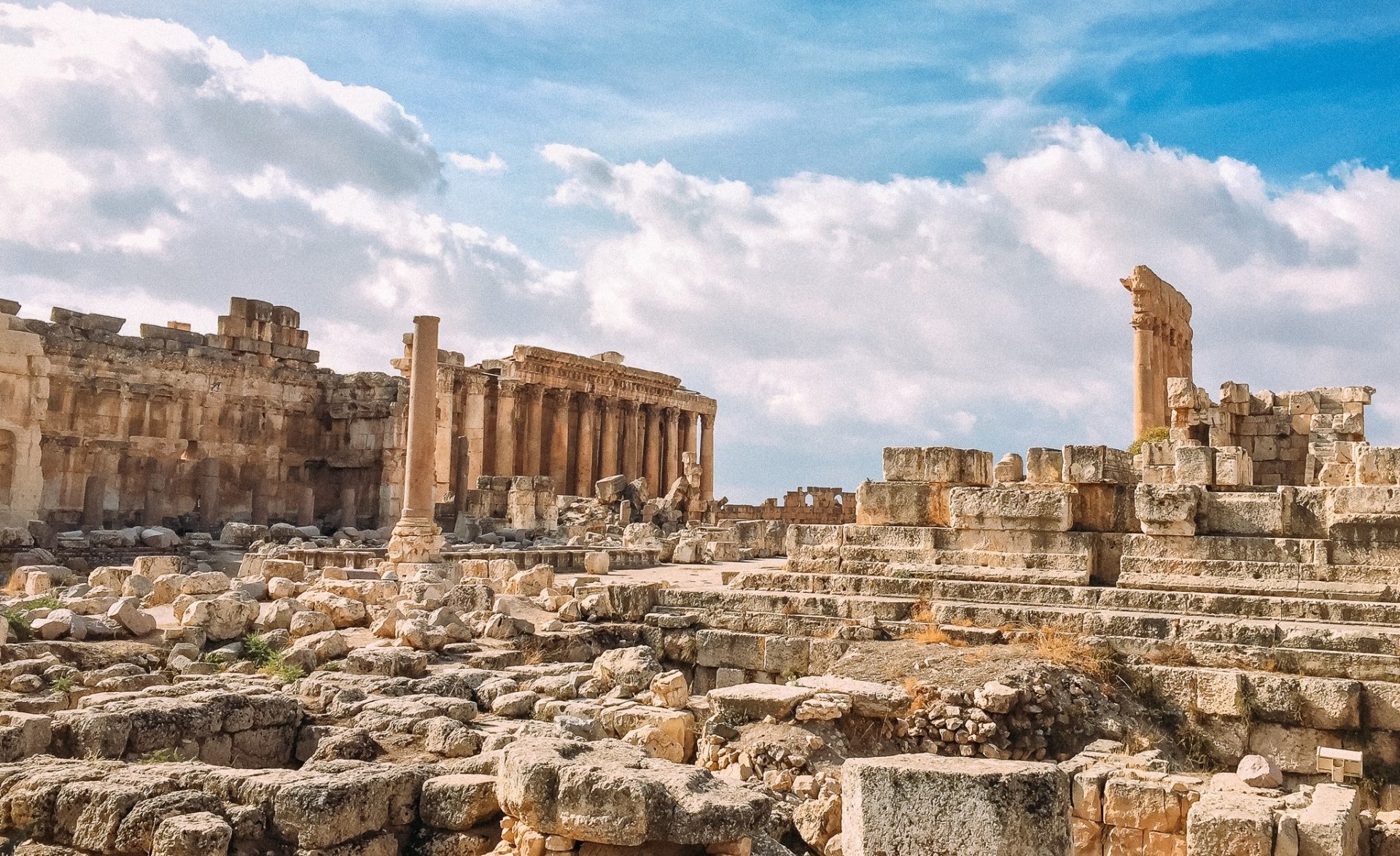 For a long time Baalbek with all of its mysteries had been burried beneath a thick layer of soil and garbage. It took archeologists years to clean the complex up. Germans became its first serious explorers. Upon carrying out digging in early 20th century they declared that a newly discovered temple complex was built by the Romans at some point in the period of Nero's reign. The French, who arrived a little later to carry out renovation works, sticked to Roman version as well. However Sumerians, who lived in that territory once, mentioned Baalbek as property of a Nimrod who had decided to restore the ciy after a flood using power of some giants. Other Arabic texts call the city an erection of Cain, son of Adam. There are also some who insist that foundation that nowadays serves as a podium for the Central Temple once was the basis of the Babylon Tower. In times of reign of the Phoenicians on the territory of present-day Lebanon the city served as a place to worship supreme god Ba'al. When Alexander the Great conquered those lands he included the city into his domain. Next owners, the Greeks, renamed Baalbek into the Ciy of the Sun. The Arabs used it as a fortress and it was substantially destroyed by Tamerlane. The temple complex ultimately fell to decay after numerous earthquakes. Nevertheless, even having survived thousands of years, Baalbek remains stunningly beautiful. It is hard to compare its colossal constructions to anything else. And even beaten with time it looks as if it hasn't been finished. 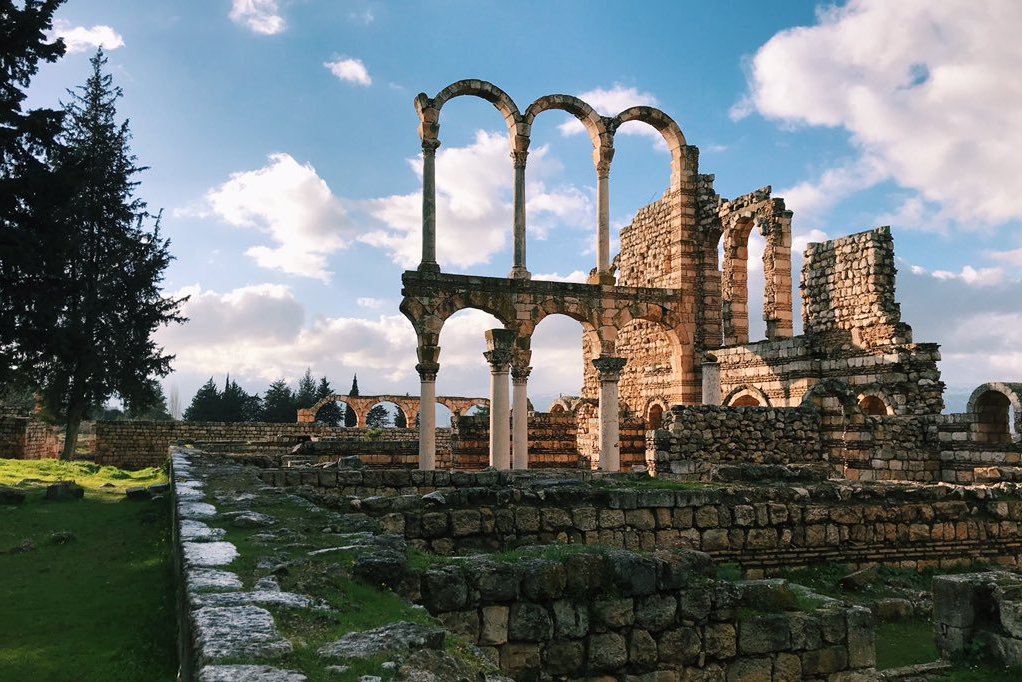 Annually in summer music festivals take place in Baalbek. Classical music is performed, jazz a pop concerts are held. Certain days are dedicated to ballet. There were plans in due times to build an international airport and a chain of hotels in the neighborhood. However those plans were never carried out probably to save Baalbek from mass inflow of tourists. Therefore people go to Baalbek, just as they always have, not within the framework of must-see program but following a call of heart. Connoseurs advise to watch sunrise in this temple city to see with own eyes the sun slide timidly along thousand-year-old walls, fall on the stairs and spread like a carpet, filling each stone whirl with color, hug it and promise the city more than one thousand years of own protectorate ahead.

One can get to Baalbek from Beirut. The road heads east through a colorful Beqaa valley in the direction of Damascus. Modern Baalbek is a small provincial town where there are several hotels after all. Entrance to the territory of the temple complex is open till evening hours and there are souvenir shops arranged around it. Best-selling goods there are fake Roman coins and T-shirts with Hezbollah symbols.

Lebanese star Carole Samaha performs in Kyiv
On February 7 at the National Opera of Ukraine under the auspices of the Embassy of the Republic of Lebanon in Ukraine the diplomatic reception and solemn concert on the occasion of the Day of St. Maroon, the father of the Maronite Churcha took place. The combination of the Lebanese charm and the Ukrainian soul in the participants of the event made an incredible impression on the guests.

In the Embassy of Lebanon the Doors Open Day happened in the course of Francophonie Days in Ukraine
The Embassy of Lebanon to Ukraine and personally Ambassador Extraordinary and Plenipotentiary Mrs Clod Halil Al Hajal organized the Doors Open Day for the pupils of eleven forms of Kyiv gymnasium №191 who studied French language. The event was going in the course of the festival ‘Francophonie Days in Ukraine’.

In Kyiv the concert of Arabian and Andalusian song dedicated to the 73-rd anniversary of Lebanon’s Independence
On the 28-th of November in International centre of culture and art in Kyiv there was a festive concert of Arabian and Andalusian songs dedicated to the 73-rd anniversary of independence of Lebanon organized by the Embassy of this state to Ukraine and personally Ambassador Extraordinary and Plenipotentiary Mrs Klod Al Hajal.

Embassy of Lebanon in Ukraine Orchestrates Concert Program of Works by Lebanese Composer
In the National Philharmonic of Ukraine a concert of Merited Academic Symphony Orchestra of Ukraine was held; this time they performed a program compiled of works of a famous Lebanese composer Elias Rahbani.