From Tashkent with love 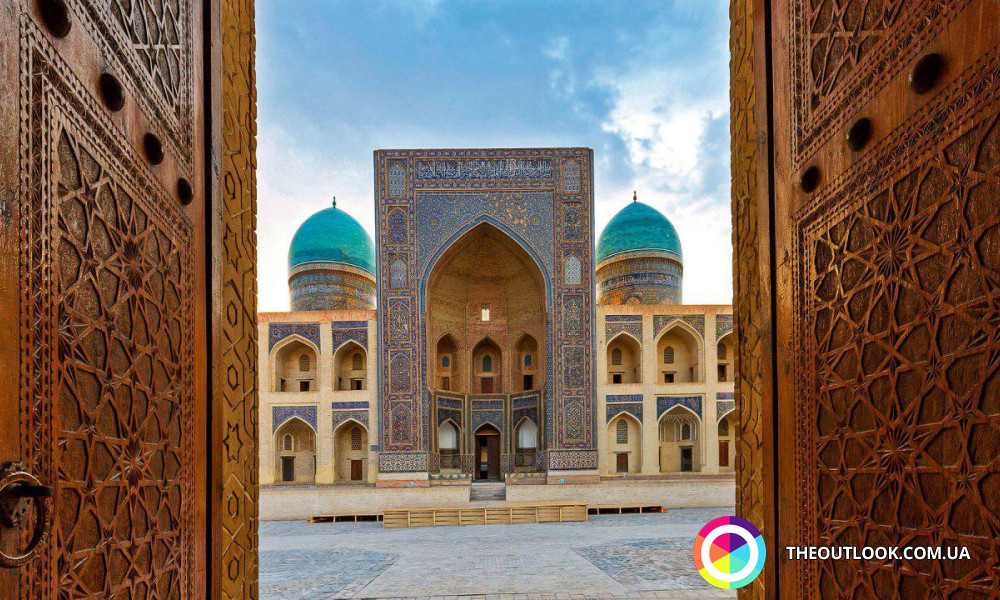 There are such popular places on Earth, about which you can safely say - people go here to lie on the beach or look at architectural monuments, and then go shopping. You can’t exactly say the same about Tashkent - it is too many-sided and diverse, so the banal phrase that everyone here finds his own one works in full.

Stone city - this is how the capital is translated from Uzbek - it has been known to the whole world for several thousand years, since it was the most important trading point of the famous Silk Road, and rumors of its luxury and wealth caused terrible envy among the enemies. Therefore, almost every state in the region during such a long history of Tashkent has staged more than one fierce war for control over it. Fortunately, no one is fighting in Uzbekistan today, so the two millionth Tashkent live their quiet life and please both local residents and tourists, who are becoming more and more every year. 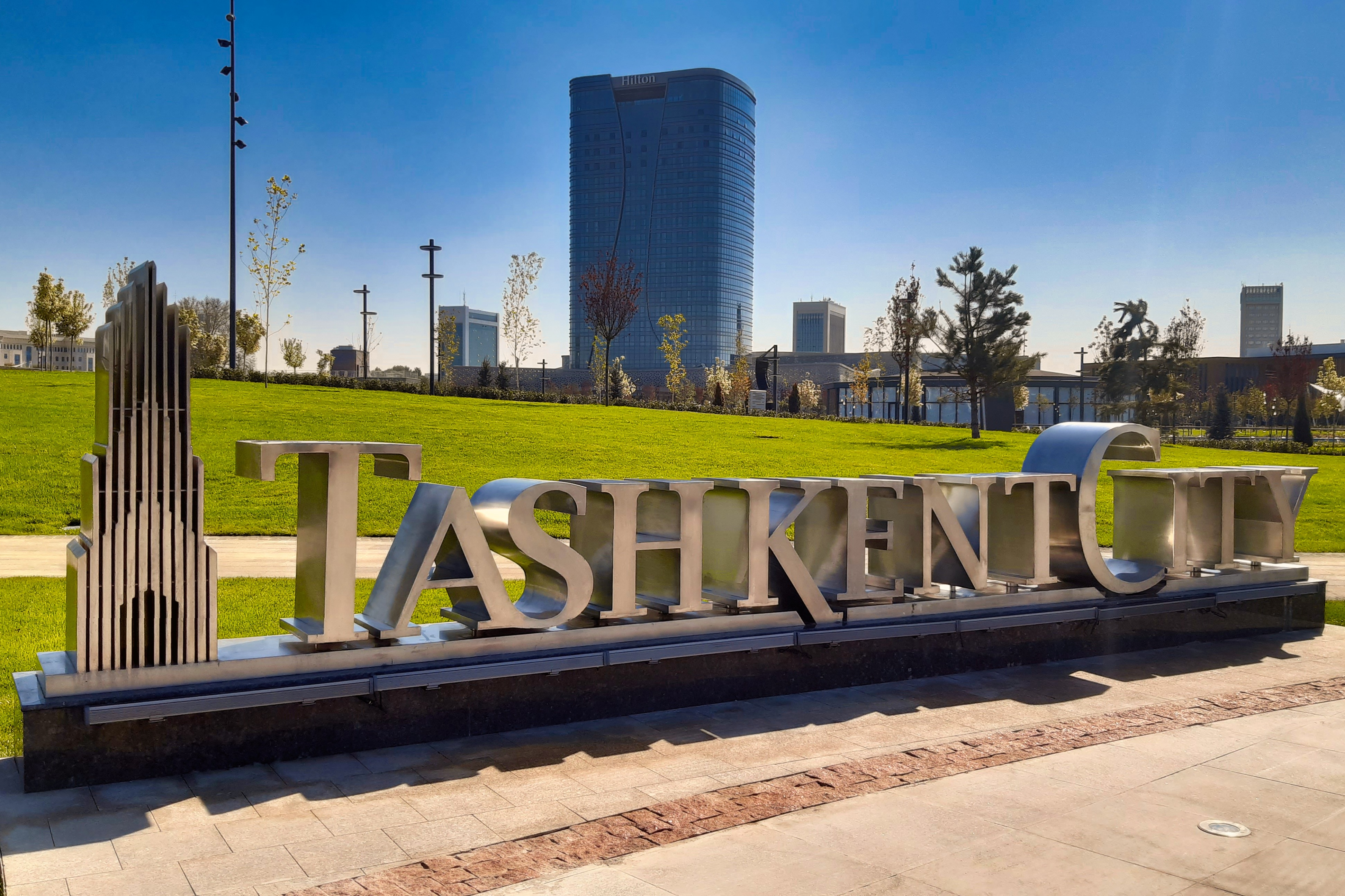 If we talk about architecture, first of all, mausoleums, madrassas and minarets stand out. Buildings with unpronounceable names for visitors, such as Kukeldash, Sheikhantaur and Zangi-ata complexes, the Khazret Imam ensemble, are actually not just buildings, in front of which you need to take a selfie. Here, beauty, strength and power are felt.

The Chorsu market is a very famous place, it is an oriental bazaar where you can buy almost everything that is from Central Asia - from fragrant and juicy fruits to incredibly beautiful and pleasant to the touch bathrobes, fabrics and jewelry. No wonder they say that people come here not only for shopping, but rather for the atmosphere and the opportunity to see what real trade is. Therefore, do not even think about planning an hour and a half for Chorsa: you won’t even notice how at least half a day will pass.

In general, the city does not look old, although in this case, misfortune helped. After a serious earthquake in 1966, it was very quickly reconstructed, and all the Soviet republics contributed to this. Therefore, do not be surprised when entire neighborhoods are called, for example, “Ukrainian” or “Lithuanian,” although representatives of these nationalities cannot be found there. Their titles are a tribute to builders from these countries. Walking along the Tashkent streets, flowering squares or riding the subway, by the way, the first in all of Central Asia, that is already almost forty years old, it is difficult to believe that this huge metropolis lay in ruins only half a century ago.

Neither the city itself nor its residents can be frightened by another test, so today we can safely say that Tashkent is stepping forward confidently, becoming more comfortable and more pleasant for life, preserving its zest and originality.

Urbanists will not be bored either. The historical part of Tashkent has nothing to do with business districts, modern city, where you can find shopping centers, interesting restaurants, coffee houses and public spaces.

Ambassador of Uzbekistan Alisher Abdualiev concludes his term at the office
Life of a diplomat is always about changing locations and countries of work. Period of an Ambassador’s activities at the office can be measured not just as a time span spent in the host country but also in projects carried out and connections and ties established.

In Embassy of Uzbekistan was held a concert dedicated to the Day of the Medical Worker of Ukraine
On the 18-th of June 2017 the Embassy of Uzbekistan to Ukraine on the occasion of Medical workers of Ukraine day organized the musical evening ‘Music is the boundless art’ for the teams of the Center of children cardiology and heart surgery of Healthcare Ministry of Ukraine and National Museum of history of Ukraine in the Second World War.

In the Embassy of Uzbekistan Uzbek and Ukrainian business meeting happened
In the Embassy of Uzbekistan to Ukraine it was Uzbek and Ukrainian business meeting in the course of which the representatives of more than 50 enterprises took part immersed into the textile, chemical, electrical technical, and building areas of economics of both countries.

VIDEO: Crafts of Uzbekistan. Amazing product pumpkin
When talking about bottle, they mean a pumpkin. When thinking about a musical instrument rubab, they recall a pumpkin. When buying a chandelier, they consider a pumpkin as an option. When looking at the cage for parrots, they again refer to a pumpkin. This field vegetable in Uzbekistan has different designations and not only in the form of porridge. Thanks to the Embassy of Uzbekistan OUTLOOK poschastlyvylos pobыvat radushnoy within this country and poznakomytsya with udyvytelnыmy mestnыmy crafts

The Ambassador of Uzbekistan held in Kyiv international conference dedicated to the 575-th anniversary of Ali-Shir Nava’i
The Ambassador Extraordinary and Plenipotentiary of Uzbekistan to Ukraine Alisher Abdualiev held in Kyiv International scientific and practical conference ‘Uzbek and Ukrainian cultural relations’ dedicated to the 575-th anniversary of birthday of a great poet, thinker, and state activist Ali-Shir Nava’i.

VIDEO: Sharq Taronalari 2015
In last days of summer friendly Samarqand opened its doors for hundreds of talented singers, dancers and musicians from all over the world, who came there to participate in International Music Festival “Sharq Taronalari” (“Melodies of the East”). Team of the OUTLOOK did its part and headed for Uzbekistan to adopt practices and get better acquainted with music culture.

International Music Festival “Sharq Taronalari” Concludes in Samarqand
In last days of summer friendly Samarqand opened its doors for hundreds of talented singers, dancers and musicians from all over the world, who came there to participate in International Music Festival “Sharq Taronalari” (“Melodies of the East”). Team of the OUTLOOK did its part and headed for Uzbekistan to adopt practices and get better acquainted with music culture.