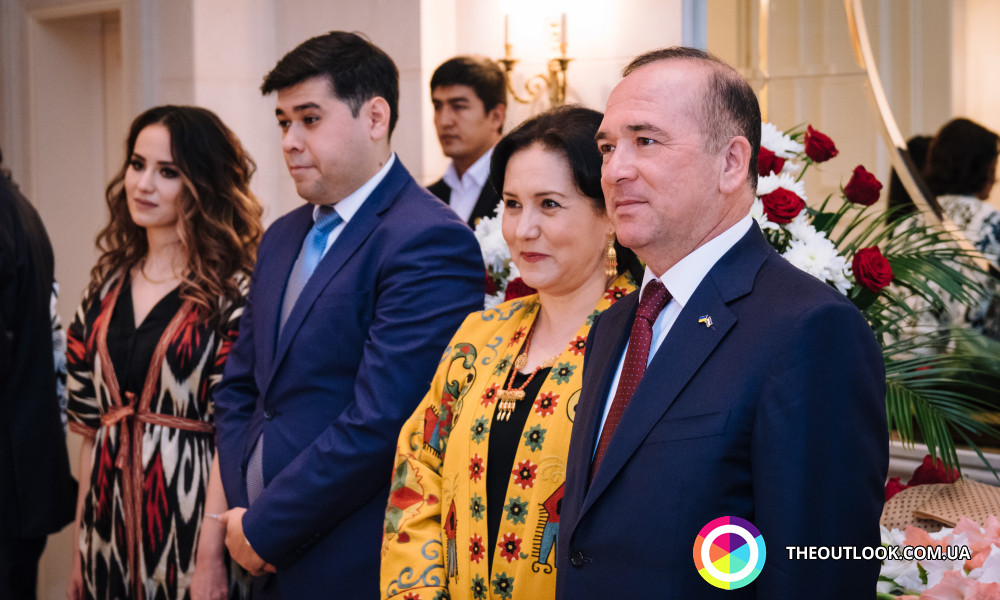 The Ambassador Extraordinary and Plenipotentiary of Uzbekistan to Ukraine Alisher Abdualiev organized an official reception in honor of the 26-th anniversary of Independence Day of the country and 25-th anniversary of diplomatic relations between Uzbekistan and Ukraine.

At the beginning of the evening, the Head of diplomatic mission greeted his colleagues in the official hall, congratulated the citizens with the main holiday of the country. In the introductory speech Mr Abdualiev told about the results of the 25-year collaboration between

So as to congratulate Uzbekistan with the holiday the Heads of diplomatic missions came from such countries as Iraq, Israel, India, Serbia, Kazakhstan, Tajikistan, Belarus, Morocco, Palestine, Turkey, Malaysia, representatives of embassies of Canada, Turkmenistan, Cuba, Mufti of Ukraine, head of Directorate-General for Rendering Services to Diplomatic Missions, representatives of authorities, businessmen, publicity, and mass media.

The decision on the independence announcement was made on the 31-st of August, 1991 at the session of Supreme Soviet of Republic Uzbekistan. Formally

The celebrations in Independence Day of Uzbekistan usually include official speech of the president of the country, and organization of different concerts. In the evening under