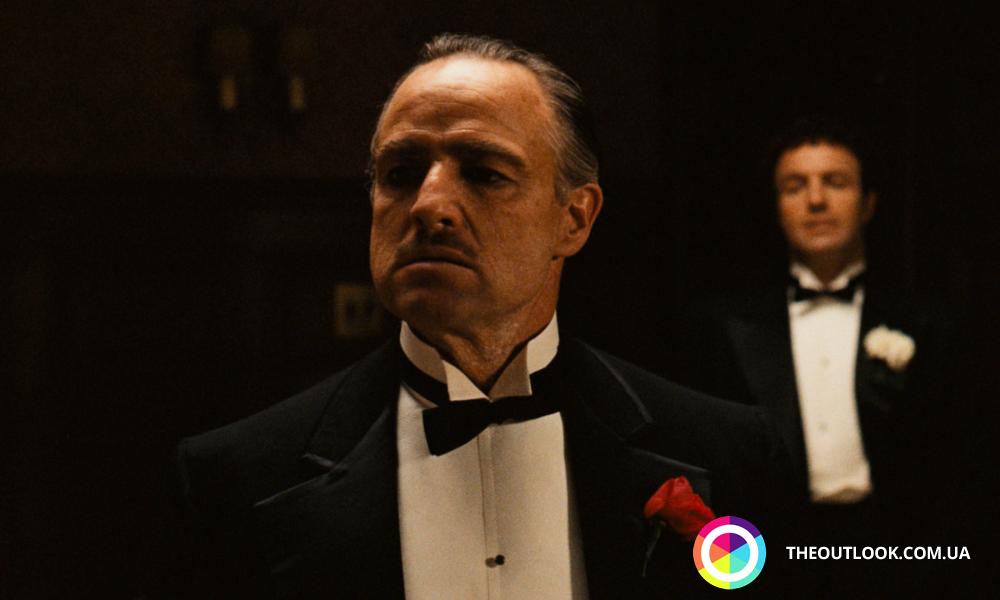 In over a century-long history of moviemaking iconic films have emerged and hopefully will keep emerging. Such movies become not just iconic but even fundamental. Today we recall one of such masterpieces - The Godfarther by the great Francis Ford Coppola.

A dime novel of an Italian-American writer Mario Puzo that saw the world in 1969 didn't become a bestseller straight away. But producers saw that the book had a potential of making a second-rate film based on it so, eager to earn a fast buck, they launched production of its screen version. Serious artisans weren't that into the project so a young rebel Coppola got an invitation; he was supposed to do his job, get 6% of box office take and disappear from movie-stage. But it wasn't to be.

Having created several low-profile art house films, wayward Coppola kept remaining in a zone of ‘promising guys' who were never going to be allowed to approach serious budgets. However, his destiny gave him that chance. After having auditioned half of Hollywood, the director approved a scandalous and heavily-drinking Marlon Brando and an unheard-of Al Pacino for the two leading roles. Neither investors nor producers liked the cocktail so they tried to persuade Coppola to engage other people but Coppola kept standing his ground. Ultimately bosses from Paramount Pictures gave up and decided that 6 million were going to pay off somehow; and as to them, they would never do business with Francis again. Nervous four months of filming began. The director realized that most likely it was his last work in the capacity of a screenwriter so he contracted to adapt a script for The Great Gatsby upon conclusion of The Godfather. Meanwhile Mario Puzo's book was gaining incredible popularity. United States at large was absorbed in the life story of Don Corleone and the word is even 5 famous mafia families of New York were expecting the movie’s release… Coppola, who suffered from several nervous breakdowns, was struggling with concluding his work on the movie.

But even a finalized movie didn't cease being a problem. Monstrous, as for cinemas, running time of 175 minutes without an intermission was scaring film providers away. "Too little shooting, too much talk", "No prospects on international market" - these were the verdicts of Hollywood bosses. Unwilling to risk demonstrations for focus groups, the film's producer Robert Evans invited about 500 managers of cinemas for a preview. Their opinion was just as dispiriting: "The picture isn't much cop, we'll only buy it for screening at a reduced price to earn at least something…"

And then, on March 14, 1972 there was suddenly a significant queue outside Loews State cinema on Broadway. Despite downpour, people were trying to see a screen version of by then very popular novel through thick and thin. And all this given that its instantly rich author, Mario Puzo, admitted once that he drew all his knowledge about mafia from other books and saw real gangsters only on screen. Almost 3 hours of the film raced up for the audience in high gear. It turned out that all the predictions of world's analysts and experts didn't amount to a hill of beans - the film wasn't a failure. And, now that we've mentioned it, it was since times of The Godfather that forecasts on a movie's future success or fiasco started being treated more cautiously in Hollywood because some things are just beyond simple math. Choose for yourself if it is a magic of art or mere luck.

Cinema owners, having realized fast that it was a hit that they were facing, raised prices immediately. Back then a ticket cost about a dollar and a half but the Godfather had a special fee of three and a half - four dollars... Six million spent on production and an additional one for advertising brought the movie's creators about 270 million... Coppola breathed a sigh of relief, paid back his debts, bought a mansion in San Francisco and began preparing himself to another epic - "Apocalypse Now". Speaking of that, the film would bankrupt its creator and cause him take up a sequel of the Godfather. But it is a completely different story. Thus, a self-defeating movie ended up changing cinematography. It was The Godfather with its fantastic revenues that became the first blockbuster, long before "Jaws" and "Star Wars". Instead of honorable elders, Hollywood became driven by young and in a good way bold Spielberg, Lucas, Bogdanovich, Scorsese and others who are now “classics”; and it is Coppola that they owe their ticket to big screen. Not only did the latter break the system, he also financially supported his colleagues by producing their projects that no one had been interested in a day before.

Let us conclude with several most interesting facts about the movie and with enjoy-your-watching wishes to those who haven't seen the film yet.

- Over 175 minutes of the movie's running time the word 'mafia' isn't mentioned even once.

- Marlon Brando came to neither the film's premiere, nor to the Academy Award Ceremony.

- Corleone is a name of a village on Sicily that used to serve as a shelter for mafia for many years.

- According to creators of the film, some small-time gangsters were always present during shootings; they used to follow all the director’s orders and were helpful in every possible way.

To the cinema for a city cour
Travelling around the globe lure increasingly every other year and it is so upsetting when all kinds of obstacles arise on the way of undertaking trips. Outlook offers you not to get desperate if you cant set on a journey. Today we suggest you get inspired with movies in which one city or another plays equal part to actors ones. Well tell you about five films that, alongside having artistic merits, educate as good as habitual tour guides do.

A GREAT SCIENTIST, A HUGE HOAXER: NIKOLA TESLA
For more than a hundred years, the world has been haunted by the figure of Nikola Tesla. The Serb, who was born in the Croatian village of Smiljan, has been considered both as a genius inventor and as greedy rogues preying on science promoting his toys as technical breakthrough.

The Family from Springfield
“It’s cool to have four fingers because only God has five of them!” If you instantly get what it means, then we share a special occasion: the most renowned TV-family, the legendary Simpsons, celebrate their 27th anniversary on air this december. Quarter-century ago first episode of the iconic series came out on FOX channel.

INTERNATIONAL ANIMATION DAY: ANIMATED SHORTS FROM OUTLOOK
International Animation Day is observed today commemorating the first public performance of Paris native artist and inventor Emile Reynaud’s Theatre Optique on October 28, 1892. On this occasion, OUTLOOK selected stunning animated shorts of recent years, which will cheer you up and make you wonder.