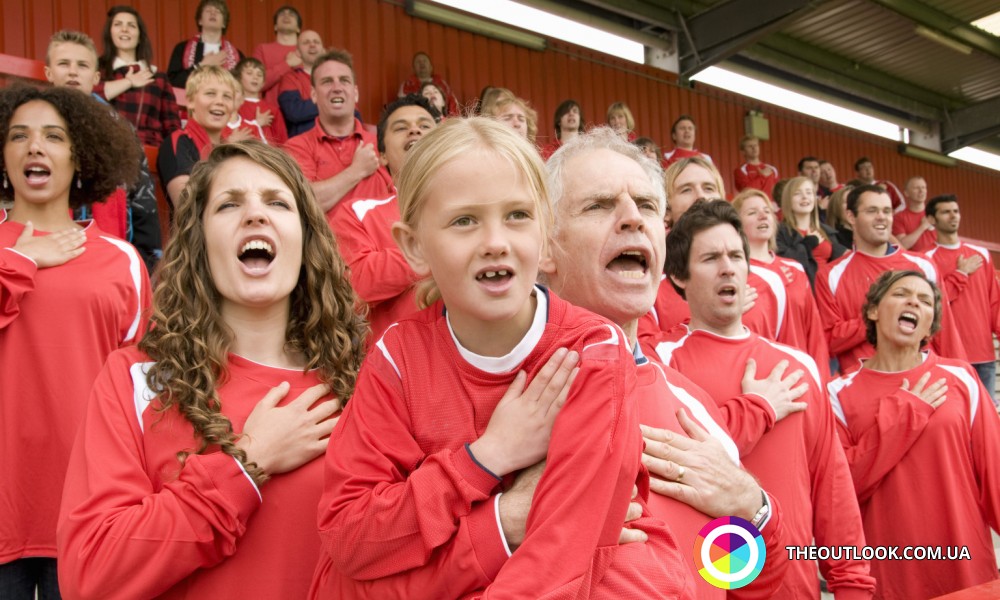 July 14, 1795, 6 years after the Storming of the Bastilles, the French officially approved revolutionary Marseillaise in the capacity of the state’s anthem. To this occasion, OUTLOOK suggests you take a plunge not only into notes and words but also into unusual stories of state “hits” creation.

Let us begin with the one we’ve already mentioned. La Marseillaise was written over night. In April, 1792, when France was in the state of war with Austria, squads of volunteers were being formed in Strasbourg. So, in the last night before deployment, from April, 25 to April, 26, еру city mayor was treating the military with a farewell dinner. After several glasses (or was it bottles?) he persuaded engineer Claude Joseph Rouget de Lisle, who was a music enthusiast in his leisure time, to compose a vivacious melody for the troops to move towards victory. So, the latter one used slogans from revolutionary banners such as “To arms, citizens!” (“To arms, to arms, ye brave!”),“Tremble, tyrants and you traitors!” and “Everyone is a soldier to combat you!” – and by dawn he presented the future anthem to the public. It was initially called War Song for the Army of the Rhine and became La Marseillaise only because it was first performed by a squad of volunteers from Marseille. In fact, main song of France is very aggressive and should every foreigner who melts on hearing it have read the verse’s translation at least once, there would have been much fewer admirers of it because some lines, for instance “Let an impure blood water our furrows!”, “To cut the throats of our sons, our women!” and “All this tigers who mercilessly rip their mother’s breasts!” are way too specific after all… In Malaysia there was no one-night genius, maybe, this is why till late 19th century the country existed without an anthem. But during the visit of its delegation to the United Kingdom in 1888, the British suddenly realized they had nothing to “musically” great Sultan of Perak, invited by Queen Victoria, with. Before the guest’s arrival orchestrators inquired from his assistant what to perform during the ceremony. The Malaysian was ashamed to admit that his state didn’t have a national song so he sang a then-popular Seychellois tune. When Sultan arrived, his subordinates gave him information that he should stand up on hearing a familiar melody to give a fine account of himself. The ruler was contented so since then that “hit” became the “real anthem” that was approved as such after acquisition of independence in 1957; a new text was written for it and called it “Negaraku” that translates as “My Country”.

And while the monarch pretty easily agreed to a Seychellois melody, creative people aren’t that compromise-prone. A case of poet Francisco González Bocanegra testifies to that: all of his relatives tried to talk him into writing something for a “tender” to select Mexican National Anthem. The artist kept refusing till his beloved girl Guadalupe Pili locked the rhymer in a guest room at her parents’ house. By the way, the premises were decorated with patriotic paintings depicting many centuries of the state’s history. Today no one knows whether those were pictures that inspired Francisco or he simply got tired of staying within four walls, but several hours later he pushed a poem in ten verses under the door for it to win the contest later. Creation of an anthem for a tiny Saint Helena Island in South Atlantic Ocean makes you think of the author of La Marseillaise. The thing is that a Dave Mitchell, who lived 800 miles away from Napoleon’s latest shelter – Ascension Island, was asked by a friend of his to create a song for “Helenians who’d got lost in the ocean”. The story is silent on a dinner with wine but there was something that inspired Mitchell to compose a joyful country-style track over night, the one that local radio station begins morning air with.

National Anthem of Uruguay made it to our selection because of two reasons. First, it is the longest one of all – its complete performance takes over five minutes. Therefore, only two first verses are performed during official ceremonies. And second, its author, local poet Francisco Esteban Acuña de Figueroa, who managed to spend some time at civil service, in particular, he worked as a Minister of Finance, became famous because he additionally wrote national song for Paraguay, too.

Indian tea. The Ambassador of India talks about the traditions of tea drinking
On May 29, 2019, under the auspices of the Ambassador Extraordinary and Plenipotentiary of India to Ukraine Partha Satpathi, an evening dedicated to Indian culture, cuisine and tea took place. The purpose of the event was the popularization of Indian traditions.

Our first anniversary: OUTLOOK WORLD CULTURE FESTIVAL 2018. Part 2
Every people’s culture is unique, full of riddles, mysteries, traditions, customs and stories. We are exorbitantly happy that within the framework of the festival of cultures of peoples of the world OUTLOOK WORLD CULTURE FESTIVAL our team creates a venue to exchange the most interesting among different countries and peoples.