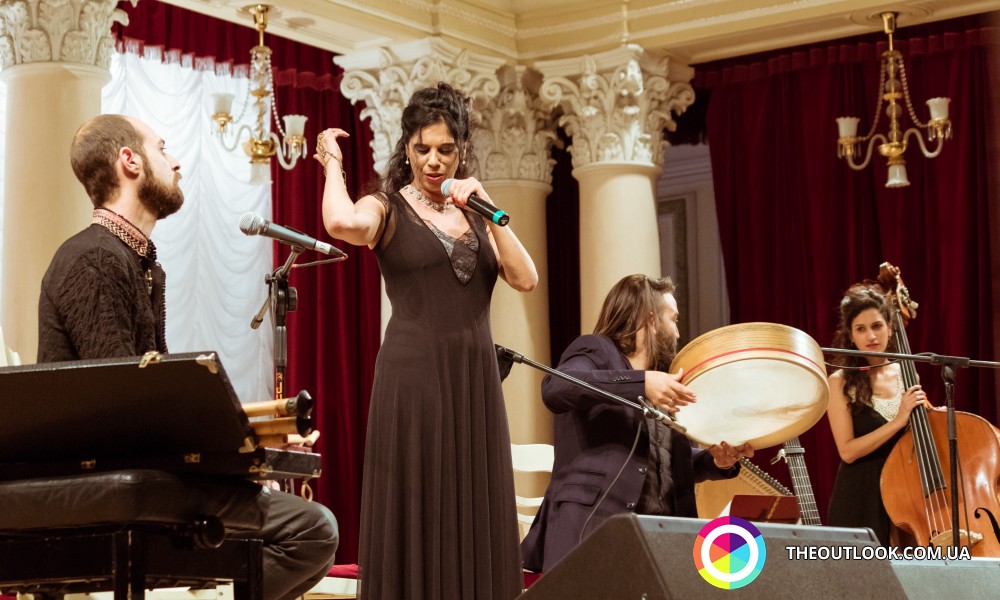 On May 26 at the National Philharmonic of Ukraine a concert took place, dedicated to 25th anniversary of establishment of diplomatic relations between Ukraine and Israel.

The event was opened with a solemn salutation of Ambassador Extraordinary and Plenipotentiary of Israel to Ukraine Eliav Belotserkovsky who thanked all the guests of the celebration and emphasized how important diplomatic cooperation was for the both of our countries.

Israeli ethno-folk band Yamma Ensemble was performing in the program. Young musicians are widely known both in Israel and outside its boundaries. Insisting on use of acoustic instruments, mainly of Middle Eastern origins, the band combines music elements of the Middle East with western music forms. In their repertoire there are both modern original and traditional Jewish compositions.

Specially for the concert, chamber orchestra of folk instruments “Ridni Naspivy” (Native Melodies) directed by Honored Worker of Ukraine Culture Yuriy Karnaukh prepared adaptations of Israeli songs to perform them together with Israelis.

Singer of the band is Talya Solan – an independent performer, author of lyrics and producer of a band.

Her love to Hebrew and affection for ancient traditional Jewish chants and biblical poetry influenced repertoire of the band that created modern adaptations of holy texts and psalms. Alongside that, Talya’s repertoire includes secular folk songs of Jews from Mediterranean region.

Rich and deep voice of Talya and her unique repertoire won her love and admiration of ethnic music fans both in her motherland and abroad.