One Lives And Learns – World’s Most Interesting Campuses 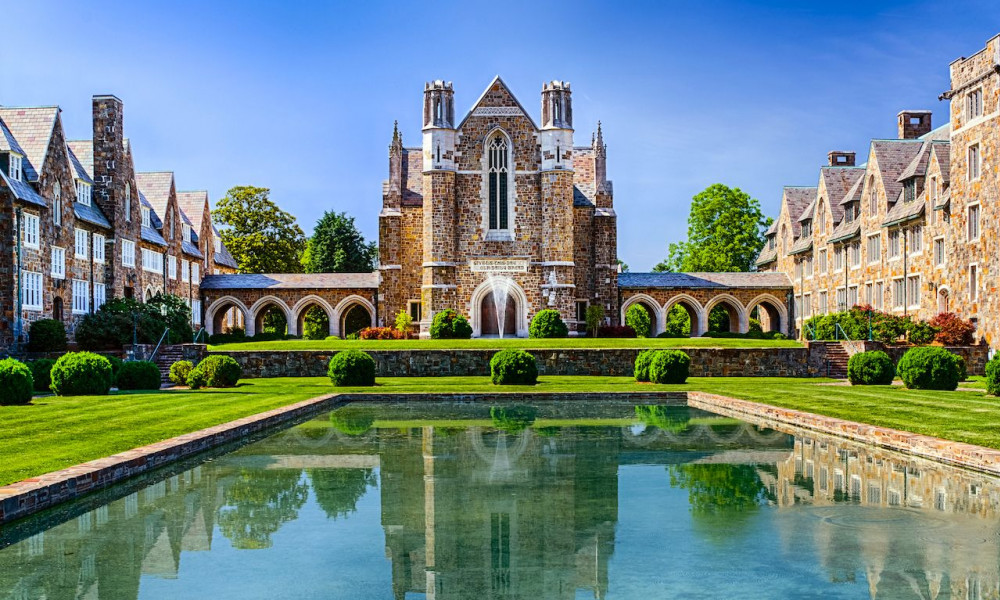 With this article, we want to inspire both current and future students with a selection of the most impressive universities and institute campuses. Those who have already received degree will probably get filled with admiration, too, and start thinking whether or not to get another one because in such places one hits the books especially fruitfully.

Both “classic” campuses with many centuries of traditions – ever young classics – and modern campuses that set new fashion trends and standards of comfort in twenty first century made it to our selection. You can pick what’s better for you – a castle or fortress on one hand or a futuristic dormitory on the other.

In a French city Photo archdaily.com

Tietgen campus, thank to atmosphere of art, youth and architecture that reign there, made Ørestad, a suburb of Copenhagen, forever famous. Main building of the campus – round, seven-storey construction, designed to accommodate 350-400 students – is considered its major landmark. Not just cozy rooms but also common play and sports halls, modern libraries and spacious kitchens are at the service of dwellers. Shape of the building symbolizes friendship and unity of students from all over the world who live there. Green terraces, mini-lake, bicycle lanes in the vicinity, basketball and football grounds – all in all, it is pure pleasure to live there.

Oftentimes designers and the ones ordering construction of campuses themselves put certain ideas into architecture for future dwellers to think not just about practical application of conveniences. It is true for creators of the main dormitory of Massachusetts Institute of Technology who configured it in an unusual shape – the one of a sponge thus hinting to the students that it is exactly the way to soak new knowledge and experience – avidly and quickly. The building called Simmons Hall is the most prestigious and expensive among other universities. Renting a room there costs about a price of a studio apartment in Photo dezeen.com

Alongside adventures of a young wizard and twists in the plot, equal admiration is evoked by the atmosphere surrounding Harry and his friends while watching the saga. Towers, spacious classrooms, cozy bedrooms, centuries-old libraries, sitting rooms with fireplaces, long dining rooms – all of these exist not in fictional Hogwarts alone but also on campus of the main Photo studyabroad.arcadia.edu

Mother Wit in the Lead

Overpopulation is one of the main problems of South African Johannesburg therefore local universities have to rack brains about accommodating all of their students. City authorities several years ago came up with a great solution and gave … a former elevator for students’ disposal. Located in the vicinity of the city centre it hadn’t enjoyed much trust until the building was readjusted into a safe and comfortable place for life. Residential space was expanded using cargo bins (hello, Havre!) and thank to this they managed to accommodate four hundred students. Today the object called Mill Junction is the main landmark of the university district.

Estonians can boast to have the most interesting campus among all former USSR states because entire territory of their Vocational Training Centre located at the border with Latvia cannot but evoke admiration. Against the background of otherwise modest city Valga, the educational centre itself stands out remarkably due to its “bee-like” design and bright color. Alongside purely aesthetical function, shape of bee combs was chosen for a reason – elaborated windows allow shedding light on classrooms and dormitory rooms effectively with natural light which is very important for the northern country. Both students and professors are proud of their campus because it charges with positive and energy for productive activities.