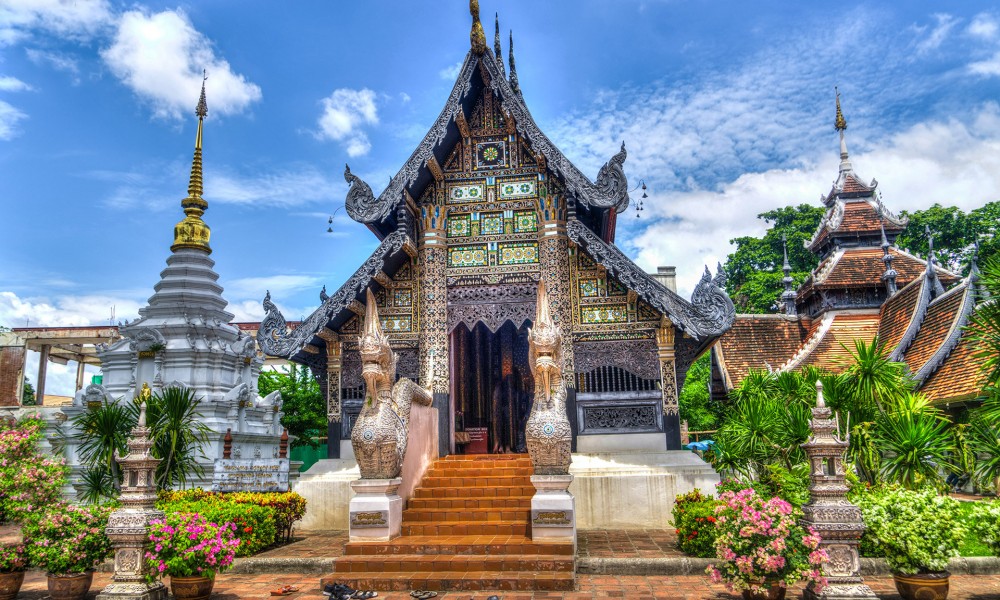 Buddhists say: to get rid of suffering, one should get rid of desire. There are special places for that. Today we suggest you to check out our top five of stunning temples, where Buddhists and tourists are looking for a way to harmony for their souls.

First on the list is the chief residence of the fifth Dalai Lama, which is not just a monastery but a temple complex. It is located at an altitude of 3767 meters above sea level than surpassed all the other palaces in the world. The legend has it that the Potala Palace was built in the 7th century by the Tibetan emperor Songtsän Gampo for his future wife Princess Wencheng of Tang dynasty. It was named after the mountain in India, which is believed to be the mythical abode of the bodhisattva Avalokiteśvara. It is known that the palace is divided into two parts Potrang Karpo and Potrang Marpo. The first part makes up the living quarters of the Dalai Lama, the main building has 13 floors. It is said that the temple is more than 2000 years old, it is still inhabited by monks. The name of the monastery is literally translated as "palace of mother and son", but the temple is known by other names. In the fortress there are statues of Buddha, kings Nyatri Tsenpo and Songtsän Gampo. During the reign of Songtsän Gampo, the Yumbu Lakhang became the royal summer palace, and during the reign of the fifth Dalai Lama, the palace was turned into a monastery for the Gelug school. This monastery is considered the first of the temples of the Gelug school, it is located at the top of Wangbur Mountain. The name of the temple means "bringing joy". It is a right name for a place where people are looking for tranquillity and answers to important questions, is not it? Before 1959 there lived 2000 monks, but after the bloody events and the Cultural Revolution in China, the monastery was destroyed. Reconstruction has been in progress to this day. In 1996, the Chinese government has banned all images of the Dalai Lama, so the temple was closed to the public. This place is considered one of the most revered and respected in Central Tibet. It is known that once Padmasambhava, or Guru Rinpoche, founder of Buddhism, was meditating in one of local caves. Later, other well-known personalities, including kings, stayed there for meditation. This is, perhaps, is one of the most beautiful temples in the world. In particular, this applies to the location as the monastery is perched on top of the same name mountain in Myanmar. And it is not just a mountain, but an extinct volcano. Similar locations for monasteries are not something ordinary, so Taung Kalat Temple is credited with a lot of mystical properties. The temple is considered to be a very powerful shrine in which there is a special room with 37 statues of different spirits. Since ancient times, the rock was the abode of the most powerful nat spirits Min Mahagiri and his sister, and the main non-Buddhist cult place across the country. By the way, the mountain itself is also considered sacred and called the Olympus of Myanmar.Photo bearshares.com

City paths. The narrowest and widest streets of the world
Approximately 53% of the world's population lives in cities, which in contrast to villages where highways are almost the same, consist of many routs: long and short, wide and narrow, beautiful and plain. There are no criteria: someone admires Rio slums more than Broadway Avenue. We will not judge what is best or worst, but just focus on data.