Youtube
Статьи  >  Enjoy  >  Not only a tower is a symbol. The best works of Gustav Eiffel

Not only a tower is a symbol. The best works of Gustav Eiffel 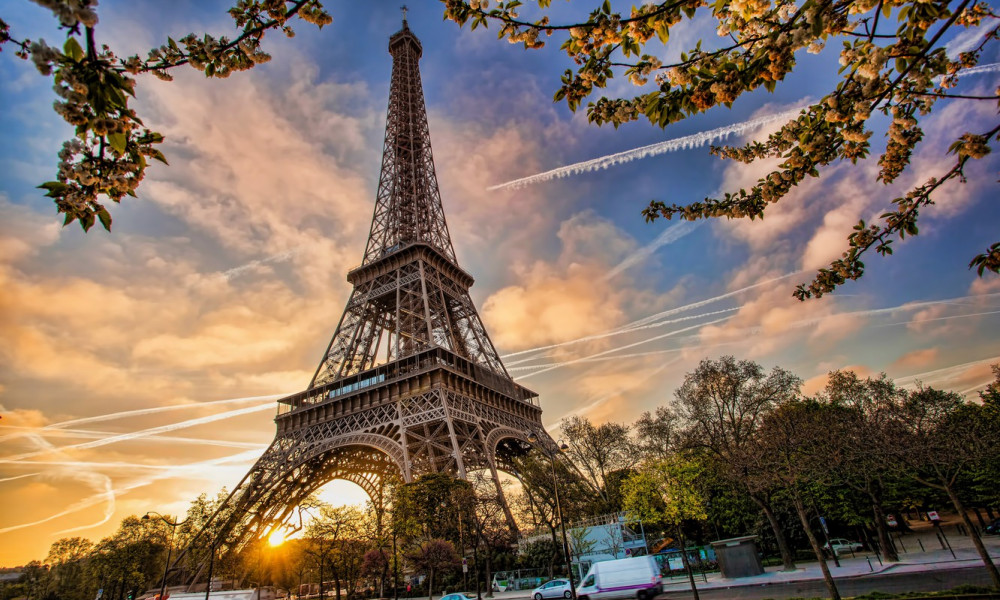 The word is, Guy de Maupassant hated Eiffel Tower. The famous writer believed that it was uglifying the face of Paris without benefiting the city. Nevertheless, he could be often seen in a cozy cafe on the top of the construction. In such cases the author of “Bel Ami” used to say that “it was the only way the damned tower dropped out of his sight…”

And although it is this metallic erection, created by the hands of Gustave Eiffel, that became the most popular symbol of France, its author managed to astonish the world with his works more than once. During his long life (he died at the age of 92) the architect managed to do a lot. He built up very complicated bridges and viaducts, was one of the first to design Paris subway, took part in construction tenders around the globe – from Egypt to Russia – and in the latter days of his life he conceived a passion for space and aerodynamics. Funny story: in due time professors of the prestigious “École Polytechnique” of Paris didn’t accept young Gustave to the ranks of its student believing that a guy from French province won’t be good enough for the serious science…

We made our own TOP-5 objects that a graduate of a much more modest “École centrale des arts et manufactures” has a finger and a head in a pie. Let’s start from the second best cognizable place of attraction in the world – the Statue of Liberty. Authorship of the construction may belong to the sculptor Frederic Bartholdi, but the construction would have hardly gotten under way unless Gustave Eiffel had made correct calculations for the pylon to be able to bear 120 tons.Photo pixelstalk.net

Aside from purely decorative erections, the architect engaged himself in practical stuff as well. For instance, he connected the cities of Porto and Vila Novae de Gaia via an utterly avant-garde at that point Maria Pia Bridge. This giant, that stretches out for as long as 160 meters, hanging over the river Douro, had served the Portuguese with good faith and fidelity until they assigned Eiffel’s creation the status of a monument. By the way, in 1875 when local authorities announced a construction competition, the Frenchman suggested the most revolutionary in terms of architecture and therewith the cheapest project.Photo europeanbestdestinations.com

Not that long, maybe, but not less elegant bridges were used by the engineer when erecting the oldest Parisian shopping mall “Le Bon Marche”. Founded by Aristide Boucicaut, main French “GUM” (note: “GUM” – “Main Department Store”, situated in Moscow) became the real centre of trade. Today, many years after the opening, inhabitants of the city as well as numerous tourists still crowd in the building that is interesting not only from consumer’s but also from artistic point of view. Probably, as anything that the great architect ever touched.
Photo travelandleisure.com

Budapest tour guides don’t really play hanky-panky saying that their city is “Eiffel’s offspring”. Having fallen in love with a local beauty, Gustave spent over 10 years there to leave constructions that still evoke amazement. Take, for instance, Budapest-Nyugati Railway Terminal. After thoroughly inspecting the old building, Eiffel decided not to tear it down but to build a new one so to say “on top of it” instead. At first Hungarians couldn’t actually comprehend the Frenchman’s conception but they placed confidence in his authority and obtained such a railway terminal that many European capitals couldn’t have dreamt of at the time. All in all, strolling around Budapest and contemplating its bridges, streets and central market one recognizes the hand of the master even without being an expert. It is for a reason that the city on the Danube banks is referred to as Europe’s Eastern Paris.Photo welovebudapest.com

As we’ve already mentioned, in the twilight of his life the architect took to aerodynamics and space. No wonder, because in late 1870s he erected a dome for one of the most beautiful observatories of the world, situated in Nice. When it was miles away from computers and modern hydraulics, Eiffel managed to construct an object so that one person with average strength could turn the telescope depending on the needs.

Frenchmen may have been disrelishing their “useless” tower for a long time, but it is it that they owe to first TV-broadcasting and swift despatches from fronts of World War I and World War II. And all this thanks to Gustave Eiffel – the man who, when already famous, believed that his destiny was gracious to him. Should he have entered the aspired “École Polytechnique”, he would have become a dull engineer-theorist, not a creator of actual architectural masterpieces.