Youtube
Статьи  >  Know  >  In Kyiv it was going the forum Ukraine-Israel. 25 years of diplomatic relations

In Kyiv it was going the forum Ukraine-Israel. 25 years of diplomatic relations 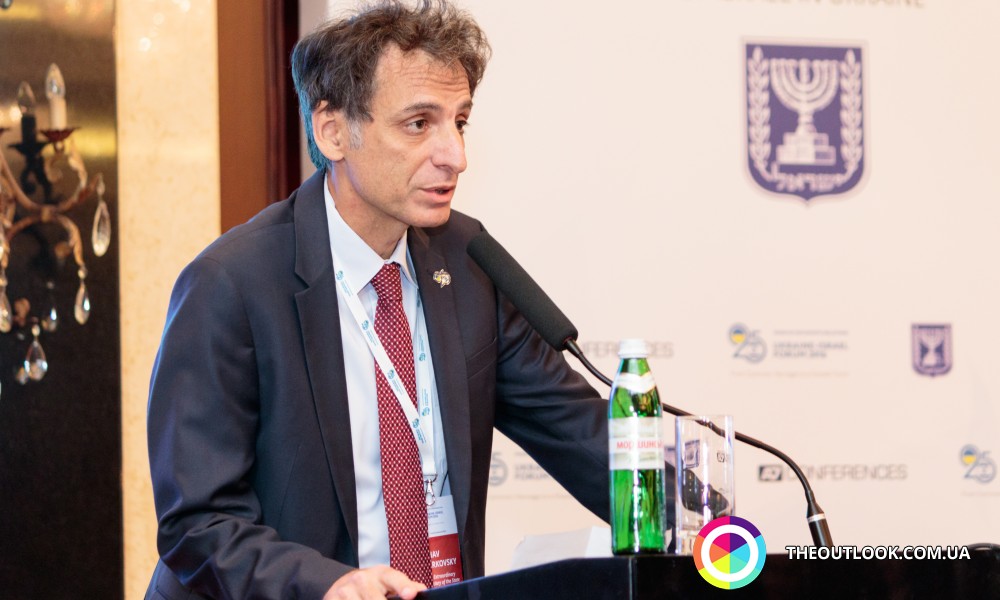 In the capital of Ukraine it was a forum Ukraine-Israel ’25 years of diplomatic relations: from the common heritage to total vision’. The forum was organized by the Embassy of Israel State to Ukraine and personally the Ambassador Extraordinary and Plenipotentiary Eliav Belotserkovski as well as under support of enterprise A7 CONFERENCES.

The forum was organized upon the occasion of 25-year anniversary of diplomatic relations between Israel and Ukraine. The main purpose of event is to reflect political aspects and economic, cultural achievements of the countries during 25 years of relations.

The forum united state activists, representatives of business and international financial organizations of Israel and Ukraine for discussion of prospective of the dialogue keeping which is about to become key one for further prolific collaboration between countries.

From the side of Ukrainian government Vice Prime Minister Vyacheslav Kirilenko greeted foreign delegation and all the guests of the forum. In his speech on the behalf of government and personally of Vladimir Groysman he congratulated the participators of Forum with 25-year anniversary of establishment of diplomatic relations between Ukraine and Israel and remarked that the official visit of speaker Knesset of State Israel Yulia Edelshteyn firstly for the recent 23 years testifies about the active development of collaboration between two countries.

‘In the future we will do all our best for maintaining friendship between Ukraine and Israel’, Vyacheslav Kirilenko made a stress on this line.

Vice Prime Minister also emphasized that in the history of our nations there are a lot of dramatic pages.

‘Jewish nation lived out an atrocious tragedy of Holocaust. Ukrainian nation survived through the terrible drama of Holodomor. Our nations know the price of life, independence and territorial sovereignty of our countries’, Vyacheslav Kirilenko told.

The main peculiarity of the event became the lecture of speaker of the parliament of Israel Yulia Edelshteyn that was followed by political round table between the members of both parliaments.

In her introductory speech Edelshteyn told that the stated forum means closeness of relations between two countries. ‘Ukraine and Jewish nation share one-thousand common history, and I am convinced that in the future our two countries will develop inspired by friendship and brotherhood’, he claimed.

Also, the speaker of the Knesset confirmed that closeness between Ukraine and Israel is the virtue of community because the huge flood of tourists between both countries and lack of visas is the sign of a great friendship. ‘Ukraine now has a lot of problems, however, Israel will support it on the way to overcoming them’, Edelshteyn told.

In the frames of forum the range of panel discussions was going in the course of which the participants could hear the stories of success, plans for future and relevant issues of agriculture, travel industry, education, health care industry and other sectors. The distinctive part of the forum became the discussion of question about the investigation of main priorities and directions of the future Ukrainian and Israel collaboration.

As well, in the frames of event firstly in Ukraine it was a presentation and demonstration of technological invention of the unique Israel company Re Walk Robotics what gives a possibility to walk for physically challenged people.

Look at our gallery how the event was going.