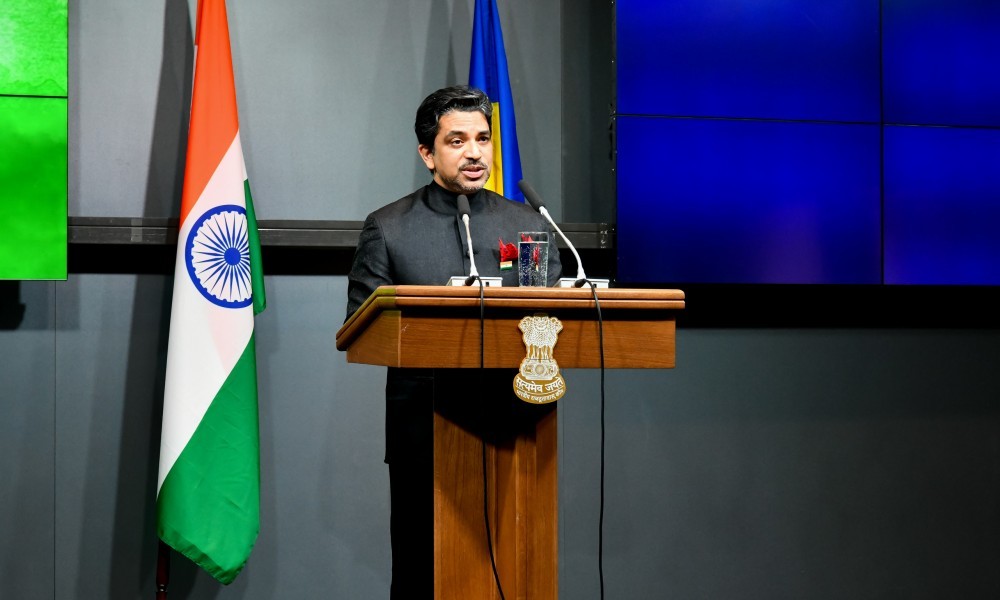 On January 27, the Embassy of India organized a reception to mark the 71st Day of the Republic of India. India gained independence from colonial occupation on August 15, 1947, and the Constitution of modern and independent India came into force on January 26, 1950. This day became the history of the state and has been celebrated since that times.

The diplomatic reception in the capital of Ukraine on the occasion of one of India's major festivities was accompanied by protocol issues and also included an extensive presentation by India.

Guests of the event, including Ambassadors of Extraordinary and Plenipotentiary Ambassadors of Moldova, Turkey, Israel, Romania, Korea and diplomats from other countries, officials and public figures, were awaited by the concert program and tasting of Indian dishes. In addition, His Excellency Mr. Partha Satpathy, the Ambassador of India to Ukraine, opened an exhibition of textiles and national costumes. It is important to note that many fabrics in India are made using manual labor. On the one hand, it is a tribute to the culture and traditions of the country. On the other hand, such production has become today the great advantage of mankind, thinking of conserving the planet's resources. During the time of innovations and upgrades, the increase in production capacity, the main advantage of such textile production is environmental friendliness, the use of a minimum amount of electricity, naturalness. This approach also helps in the sustainable development of human resources in the way of imparting knowledge from one generation to the next one. You can see the variety of Indian textiles in every state of India and get acquainted there with different types of looms and models, known for their uniqueness, versatility and creativity. 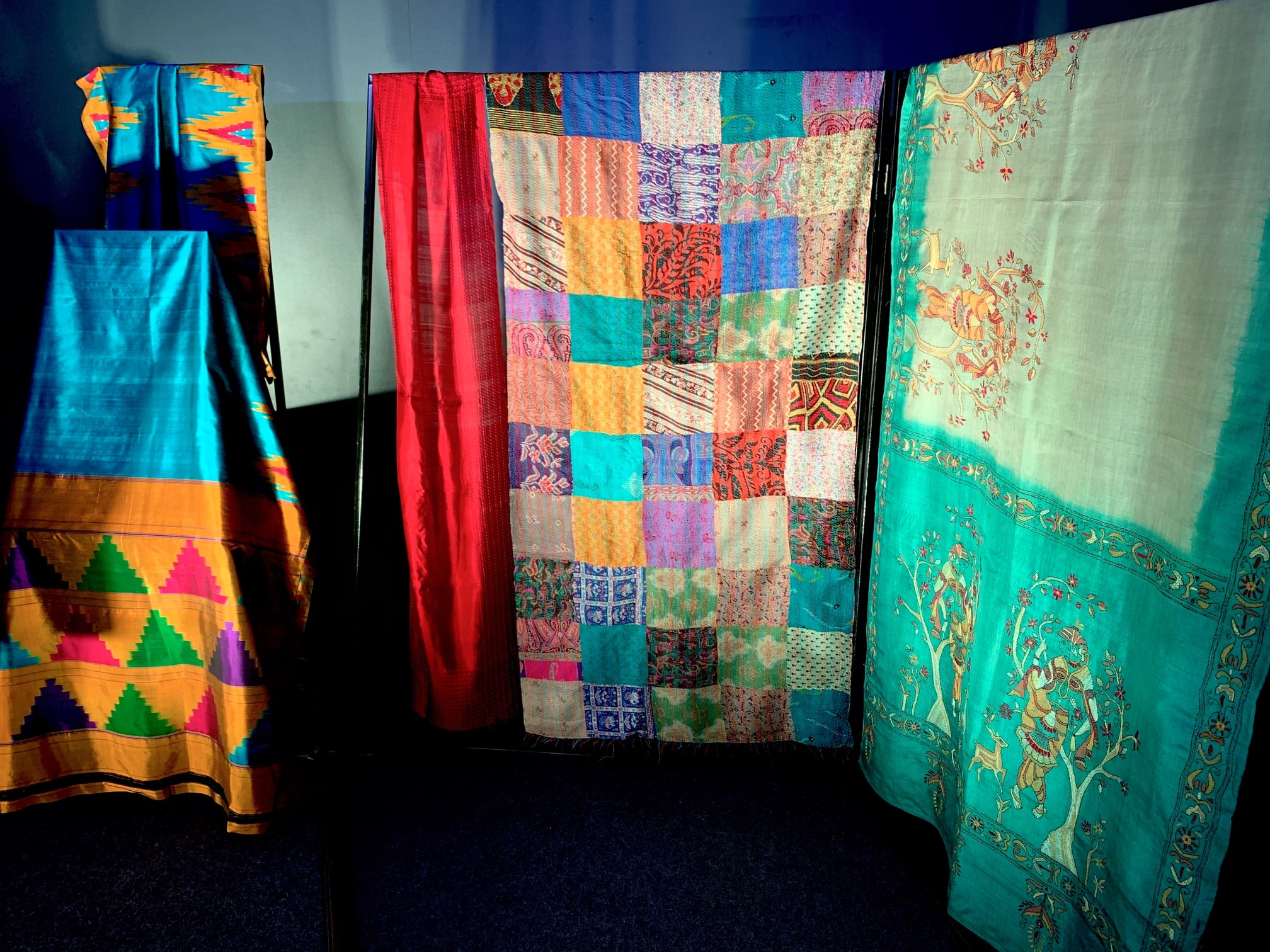 The official part of the event was started by Mr. Ambassador with a speech outlining the spheres of cooperation between Ukraine and India, our common achievements and prospects for bilateral cooperation. Mr Partha Satpathy said: “Indians and Ukrainians have shared cultural affinities for several centuries. The similarity between the Ukrainian and Sanskrit languages is a striking example of the historical closeness of our two peoples. The warmth and closeness of our ties have grown even more since Ukraine's declaration of independence in 1991 - India was one of the first countries to recognize Ukraine as a sovereign independent country and established diplomatic relations in January 1992. On the other hand, Ukraine opened its first mission in Asia (and then the third largest Ukrainian embassy in the world) in New Delhi in February 1993. India has a broad bilateral relationship with Ukraine, covering all areas of cooperation. India and Ukraine have signed several memoranda/agreements in various fields, such as diplomatic relations, visa issues, consular issues, trade and commercial issues, space, science and technology, defense, etc. Bilateral trade between the two countries has grown significantly in the last 25 years, reaching almost
$2.8 billion in 2018. India is one of the largest trading partners of Ukraine and is the largest export destination for Ukraine in the Asia-Pacific region". 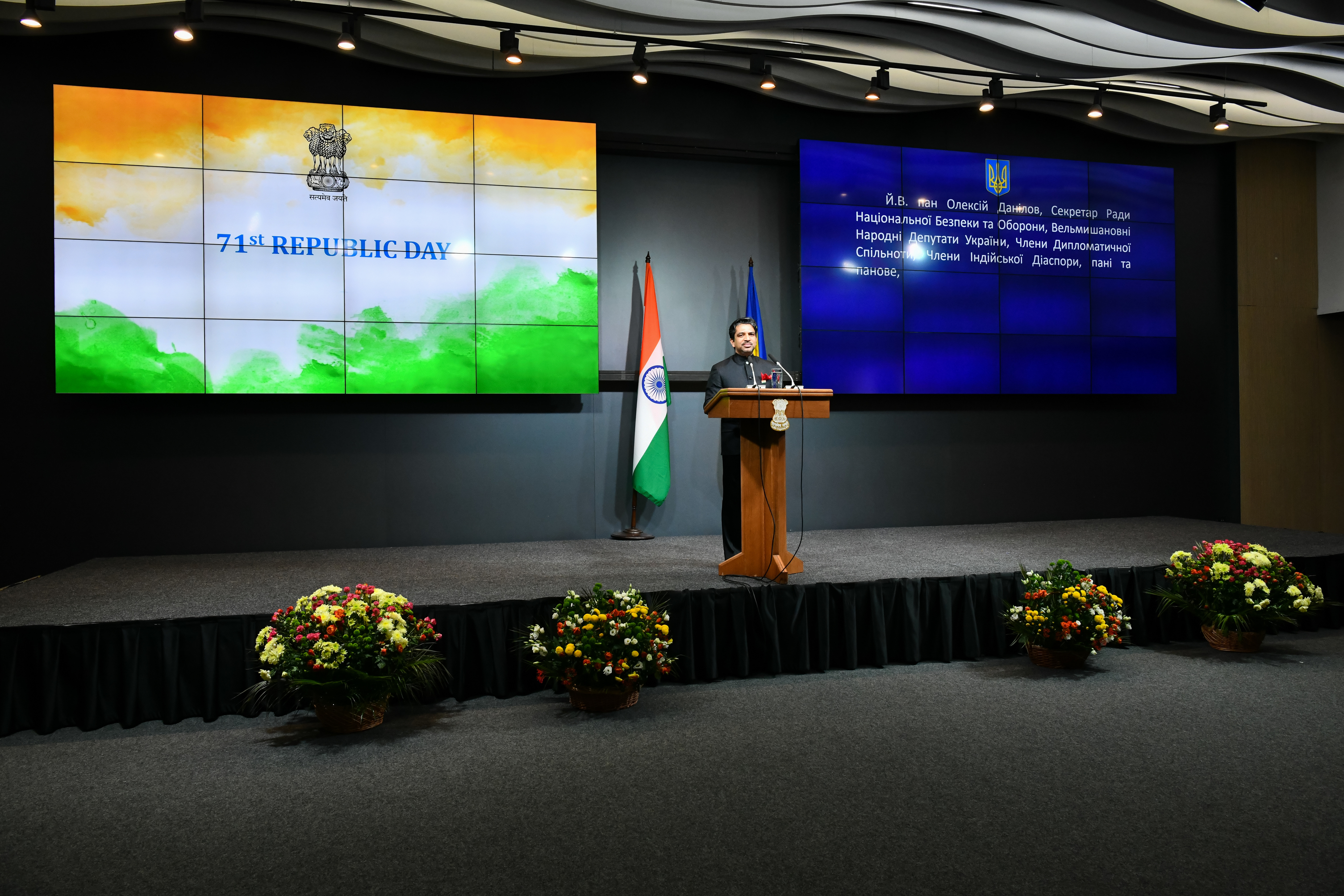 Photo is provided by the Embassy of India to Ukraine

The Ambassador also drew attention to the fact that there is a strong interest in Indian culture in Ukraine today, covering various aspects such as dance, yoga, philosophy, ayurveda and spirituality. The diplomat assured us that, despite the distance of thousands of kilometers, we share a love for our land, a desire for freedom and a similar spiritual outlook. 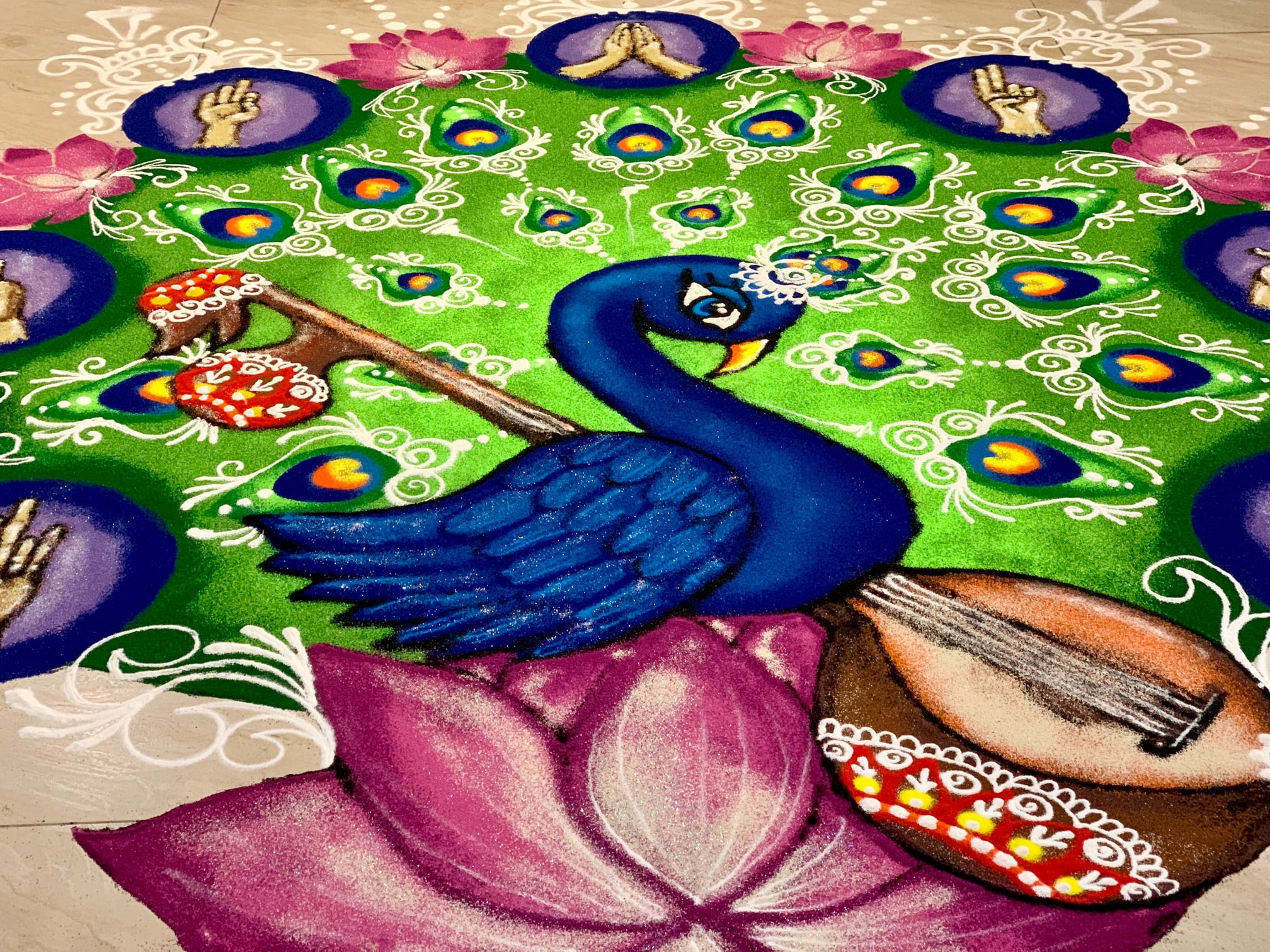 It is worth noting, that:

Today, there are over 30 Ukrainian cultural associations / groups working in the promotion of various forms of Indian art in Ukraine.


Ukraine is a popular destination for Indian youth seeking to receive higher education. India ranks first in the number of its students studying in Ukraine.


Defense relations between India and Ukraine are also firmly grounded and continue to strengthen. Our countries also have strong ties in scientific and technical cooperation, especially in sectors such as energy, space and more.


India ranks first in terms of exports of Ukrainian goods to Asia Pacific countries and is the fifth largest buyer of Ukrainian products among countries in the world.


2019 was a fruitful year in India-Ukraine relations. Prime Minister Modi and President Zelensky held their first telephone conversation and congratulated each other on the election. Foreign Minister Prystaiko met Foreign Minister Jaishankar on the sidelines of the UN General Assembly in September in New York. Vice Prime Minister Kuleba has been appointed the new Co-Chair of the Intergovernmental Cooperation between India and Ukraine. The 4th meeting of the India-Ukraine Working Group on Trade and Economic Cooperation was also held in New Delhi in April 2019. All these events and interactions formed the basis for the further development of bilateral relations in 2020.


Cover photo is provided by the Embassy of India to Ukraine