Youtube
Статьи  >  Visit  >  Around the world. Top of the most unusual world travel

Around the world. Top of the most unusual world travel 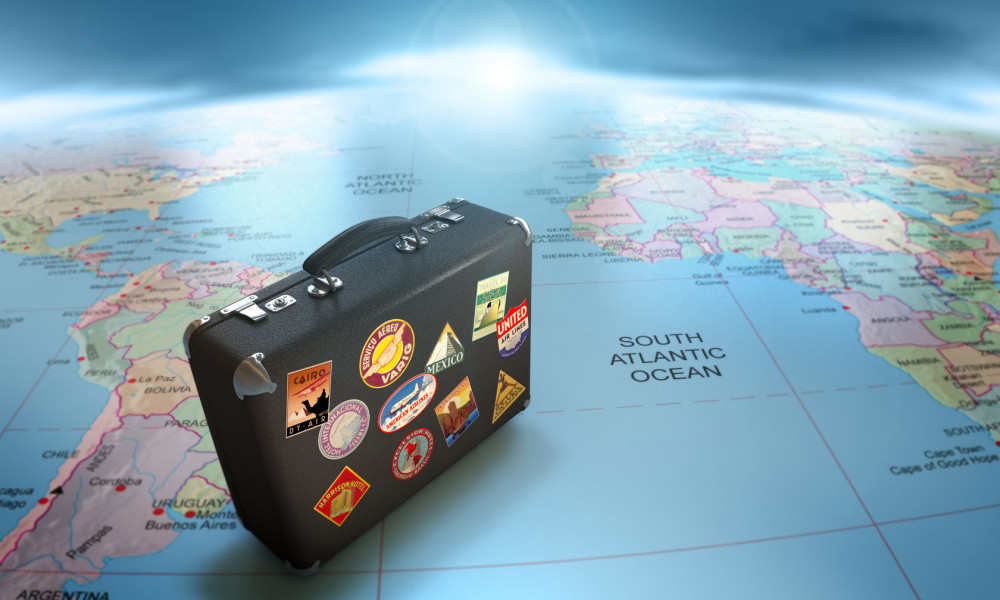 Traveling has long ago become a part of human life. There have always been bravehearts and madmen who headed off up hill and down dale, took risks and eventually discovered new lands. Today, when the world map has a very accurate outline, we offer you a couple of stories about trips around the world that contributed to its creation.

Spaniel has seen the world

In 1803 the first Russian circumnavigation expedition left Kronstadt on board two ships, “Nadezhda” (“Hope”) and “Neva”. Its participants came back three years later as heroes. In addition to getting valuable information, this voyage made it into history thank to atlas creation. The map drawn according to the notes of explorers wasn’t distinctively precise to a T as modern maps are. But 200-odd years ago the work of the travelers was a real breakthrough in geography.

By the way, Krusenstern’s spaniel became the symbol of this trip as well as of many subsequent ones. Expeditionists tried not to part with it. It was believed to be a good luck to scratch its neck.

Woman at the wheel isn’t necessarily a disaster

One shouldn’t think that touring around the globe is a fate of men. Back in 1927-1929 German racer Clärenore Stinnes travelled the world in a car. Swedish photographer and movie maker Carl-Axel Södeström bore her company.

The effect of the expedition was dozens of fascinating pictures and… divorce of the Swede from his wife. The director explained his act simply: the courage of his partner struck him so much that he fell in love with her during the journey and decided to leave his wife when he returned. He had been opposing until he tried

In 1920s Hugo Eckener was notorious around Europe as a journalist and a vocal opponent of dirigibles. In his text he was criticizing the means of transport and convincing readers that in future people wouldn’t travel by air. This was until once Hugo had to try the detestable flying vessel for himself. It happened after another controversy with dirigibles enthusiasts. In the outcome of the discussion the journalist stated that he would design the safest air transport and travel the world in it. And he succeeded. The German performed the first circumnavigation by air in history using, naturally, self-made dirigible. Let’s go… around the Earth

The name of Yuri Gagarin is connected to the journey that is even more groundbreaking than circumnavigation. In addition to becoming the first space conqueror, soviet pilot set another momentous record. The man circled the Earth in less than two hours.

Ukrainian Valeryy Kryshen also made a history having completed his exciting motorcycle trip. It took him 307 days to round the planet. The traveler’s deepest impression of the whole adventure was Columbian old lady who, on hearing the word “Ukraine”, confidently articulated “Chernobyl” and “Sheva”. It turned out that the Columbian was a football fan and a nuclear technologist opponent. The man collected many more stories since he visited three dozen countries and burnt patrol for as much as 30 thousand dollars. Welcome to Gabon
Once upon the time, Pygmy peoples lived on the west coast of Africa. They did not have any conflicts with anyone. When they were hungry, they went hunting, picked up nuts and bananas. Then the Mpongwé and the Fang tribes came. After them, the Portuguese arrived and named these lands Gabon. They were followed by the French who acquired the land and declared it as their colony.

A Country that knows how to make you like it: Armenia. Part 2
Elena Rasenko has visited Armenia and shares with readers the original charm of the country in which one really wants to stay. Armenians treat their national treasure - khachkars - very reverently and respectfully. These are processed and refined cross stones with a unique ornate pattern. So OUTLOOK proceeds with its story about Armenia.

A Country that knows how to make you like it: Armenia
I was heading to this Caucasian state all by myself to completely strange people. Prior to the trip all my friends and relatives warned me more than a dozen times about harsh temper of the hillmen and painted a vivid picture of what kind of difficulties were expecting me, a young woman travelling alone.