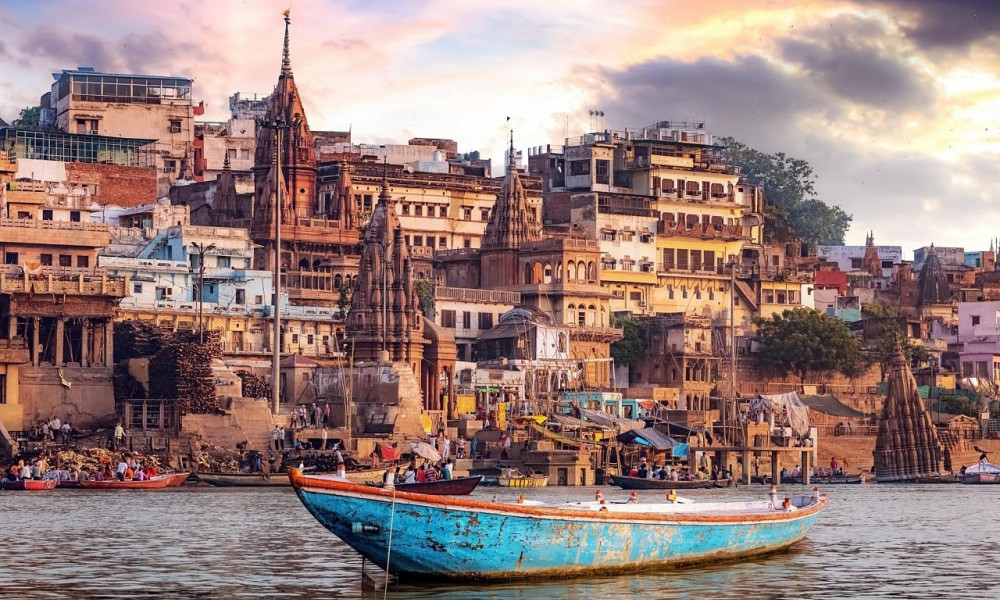 Some call it the city of temples, some – created by gods and others call it crematorium on the Ganges River. Today we speak about Indian city of Varanasi where no one is scared by death and the latter one has long ago become business. This metropolis with a million and a half of population, situated in the north-west of the state, was, according to legends, founded over five thousand years ago by Lord Shiva.

With time “the architect” left for the mountains and abandoned the sacred place for people to live their mortal lives in it. Nevertheless, the cult remained so Should we leave its spiritual value aside for a moment and have a look from an outside point of view, we'll see that it is a pretty well developed city. Spread out on a bank of the great

Thank to this product and developed consumer industry in general, locals live pretty well with the metropolis itself attracting citizens and tourists. It is quite modern – take a look at least at their brand new airport. And after all it’s

Almost every street, where life goes “for show” – everything is visible, starting from cooking food and concluding with funeral preparations, lead to the According to ancient traditions, to have a morning swim in the

Before a body is burnt, it is massaged, oiled and decorated with petals. Depending on wood, the whole procedure costs 80 dollars and more. But that’s a “fat-cat way”. The majority buries their relatives by themselves and in addition niggle tourists asking for money. Actually, ghats are an amazing place, one can even say a venue spot that isn’t in fact as scary as it seems when described. If your nerves are fine, you should have a stroll there at least to see with your own eyes how life and death got mixed on a limited territory. They do all kinds of things on the quay: meditate, do yoga exercises, have snacks or drinks, smoke marijuana, do laundry and set dates. And all of it through the lens of air, that trembles with fires, prayers and weeping, and a smell of burning flesh. Locals are so accustomed to this picture that they do not understand what is astonishing and incredible about it.

- Tourists should know that there is no law that forbids taking pictures of the proceedings but local swindlers will most likely make you purchase a license (a paper with a stamp) from them that will cost some 50-100 dollars. They can only be scared away by a paper of your own with an official stamp of local police, an Embassy, etc.

- Many in Varanasi drink from the Ganges, at that, due to such amounts of mortal remains its water is so poisonous that, according to investigation by Discovery Channel, it should kill a horse after merely a couple of laps. The fact that locals don’t get sick is a phenomenon.

- In the area of ghats special services work, it is their duty to catch non-sunken bodies and make them drown. Every year these guys find among seemingly dead people alive ones – those who didn’t die during cremation.

- Cows, children under 10 years and pregnant women aren’t burned. All of them are believed either already or still sacred, so they don’t need purging.