Youtube
Статьи  >  Visit  >  Welcome to… the bananas museum. The most unusual museums in the world

Welcome to… the bananas museum. The most unusual museums in the world 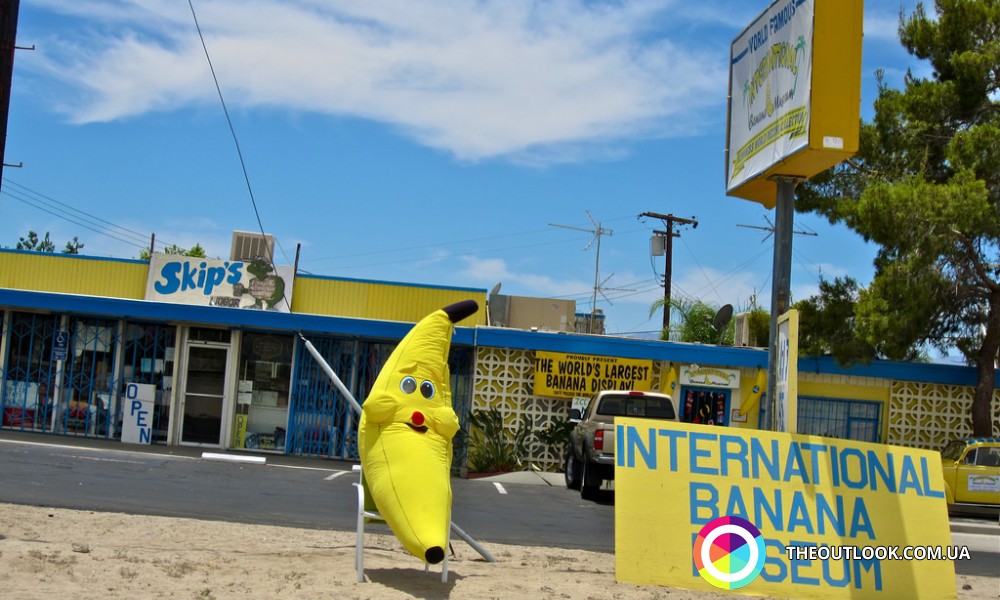 Next to art spaces shaped as noble galleries and historical museums, some cities hide institutions whose collections consist of bananas, dead cockroaches and varieties of mustard...

American Michael Boden of Plano, Texas, decided to devote his establishment to unloved whiskered pets. In one room of his store specializing in sale of chemicals to fight pests, he founded the museum of... cockroaches. Among alive and dead insects, mainly brought by store visitors, there is a unique one: a giant cockroach that went aloft, it is wearing a mink coat and playing the piano. Michael was presented with his star exhibit by some elderly lady as a gratitude for the store owner who helped her get rid of the pests which had been attacking her house for many years. Offerings of museum visitors keep going museum acting since the late 70s in the dungeon of the Turkish city Avanos. Its walls and ceiling are completely covered with hanging strands of hair accompanied with names and addresses of the owners. The founder of the place local potter Galip Koruktsu was even listed in the Guinness Book of Records as the owner of the largest collection of curls cut from the heads of more than 16 thousand people. And it all started with a strand of Galip’s sweetheart. Leaving her homeland forever, she gave him a farewell gift. Since then abandoned poor man began to maintain this strange collection that is constantly updated thanks to women fascinated by unhappy love story and thus voluntarily donating part of their hair for the exposition. Barry Levenson from Mount Horeb, Wisconsin, has been collecting mustard for more than 30 years. Having decided that he should not hide results of his searches and findings, he put them on public display and devoted the whole museum to the condiment. Nearly five thousand of specimens brought from dozens of countries, and insight into the history of its production, will open to visitors new sides of traditional hotdogs ingredient. Another American, Ken Bannister of town Hesperia, California, also established a food museum thus having created a real banana paradise... Furniture, clothing, jewellery, souvenirs, posters, postcards and even music records about a fruit – the museum stores everything at least in some way associated with tropical fruit. Over 39 years of existence banana king has collected more than 17 000 exhibits. A mop with which Stalin's father washed the floor, Van Gogh’s cut ear and Hitler’s moustache – all that staff was inherited by resident of German city Kyritz from great-granddaughter of Baron Munchausen. At least, of this Reinhard Zabka, owner of a unique Museum of Lies, assures his visitors. While his fellow collectors struggle for authenticity of the exhibits, he believes that the line between truth and lies is so fragile, that it is sometimes worth overstepping. Do not believe your eyes – say the motto of the place.

Even a Gallery Seat Is a Dream: World’s Most Unusual Theatres
Theatre, just as literature, is, probably, the most enduring art form. It has been predicted death so many times in previous century alone when over several decades cinema, television and Internet emerged! Everyone must have lost count of those predictions, but no matter what, people all over the planet from time to time head to gorgeous halls and enjoy performances on stage.