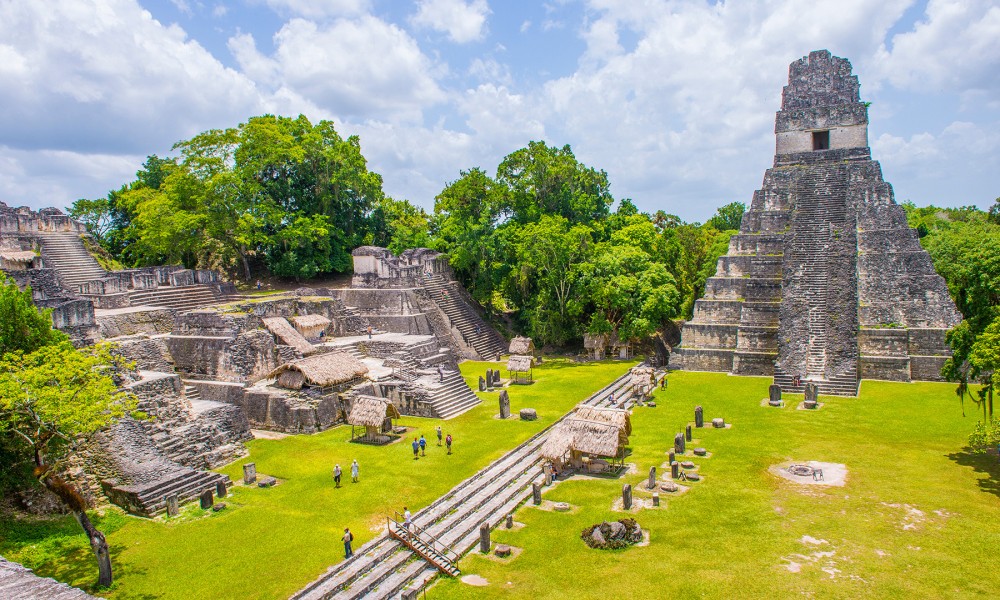 A country where there are more tourists in ancient cities than in modern ones. It is a mystic Mesoamerican locality famous for being a motherland of Maya civilization – Guatemala. Let’s have a walk around one of its ancient settlements lost in impassable jungles – around Tikal. Should you listen carefully, you can hear voices of spirits there…

Riders with Guatemalan colonel Modesto Méndez in the lead were wading through thicket and swamps, overcoming thirst in pursuit of one and only goal: finding an ancient city that native people told the chief of the expedition about… Having almost lost all hopes and confidence and having got tired of a long trip, Modesto was just about to wrap up the search and head back when suddenly a huge pyramid with stairway to heaven rose in front of him. Then a second, a little smaller one, emerged, and then the third and the fourth… Thus Tikal was discovered in 1848.

The colonel himself was the one to give the “discovery” its name. It translates as “the place of the whispers”. Mayan legend has it that astral bodies of the dead can come back from the great beyond to be guests on this Earth for a while and confide only in chosen ones mysterious things. They pick temple ruins, wide squares and ancient castles as main travel destinations.

Maya civilization, within American boundaries, came to light several thousand years ago and it was Tikal that became its local centre. By standards of those times it was a heavily-populated metropolis with all required infrastructure in the shape of pyramids, sacrificial altars, jail buildings and even a stadium for a ball game of ritual nature. Walls of constructions are decorated with paintings – like a historic comics telling about various periods and major events in the city.Photo roadaffair.com

Nowadays only several “blocks” of the settlement are freed from impassable jungles and put on show for tourists. However, aside from “gawking” visitors, “practical” natives from populated cities located nearby can sometimes be seen there. Latter ones, valuing the might of the ancient spot, still hold their fruit-and-vegetable sacrifices there.

Read also: UNESCO protected: Your breath is taken away here

Within the “lifetime” altars that now feature merely stone slabs, were “decorated” not with fruits but with streaks of true and real blood because human sacrifices were made to gods… Such methods were resorted to not more than twice a year but poor things were killed with extreme cruelty. The one meant to be a gift for gods was brought to a priest for him to cut out trembling heart of the poor fellow with a special ritual knife. 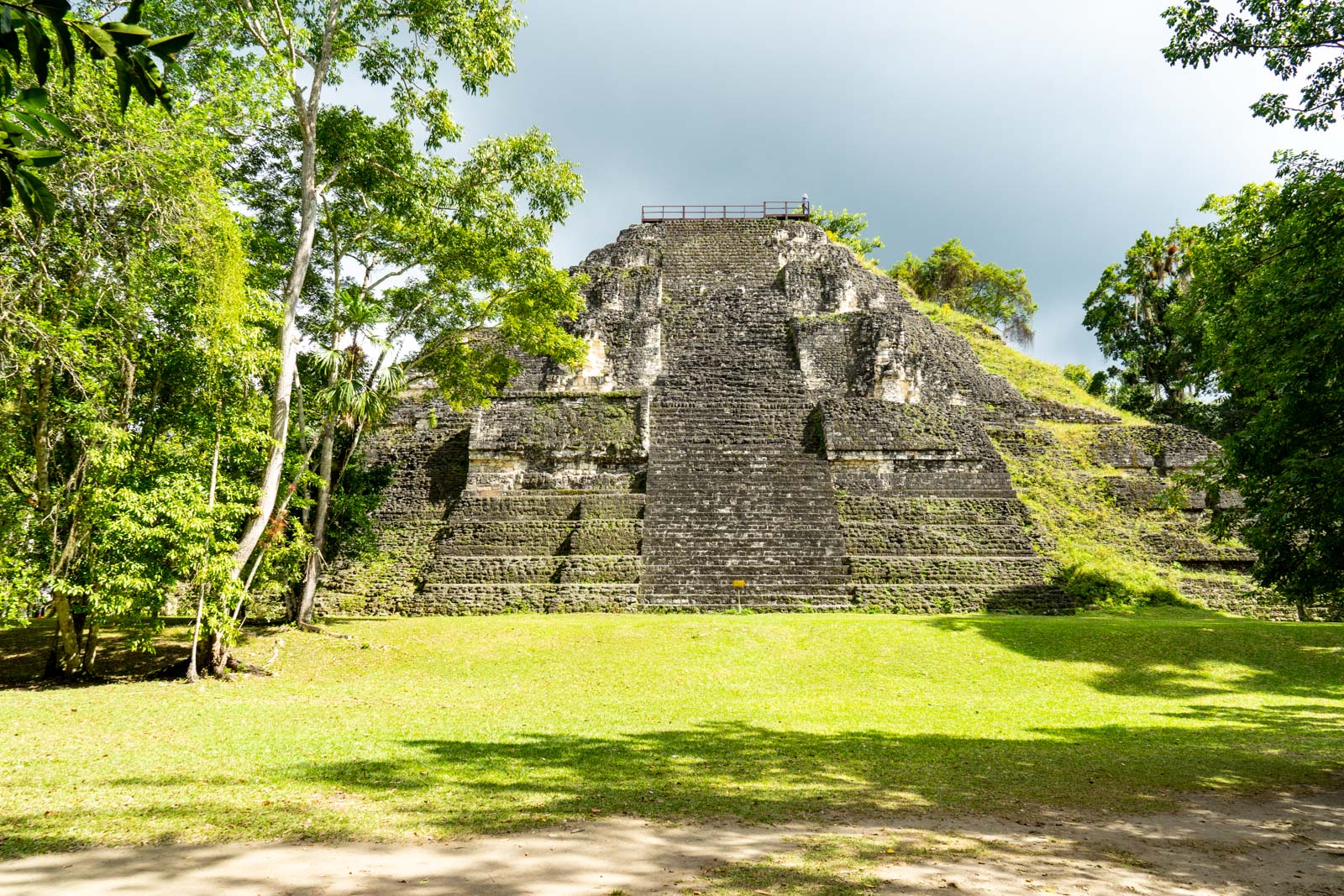 The offering was chosen be means of a rubber ball game, on those stadiums we’ve mentioned. Contestants were normally chosen among prisoners of local jails. Several “compulsory volunteers” played a “ritual game” in front of all the citizens. Rules of the competition haven’t come down to us, except for information on the future, or more precisely lack of one, of the loser.

More often such cardio-presents were given to master-gods of the lower world. Trembling in fear of their might and power native peoples spared no efforts on erection of huge temple complexes in their honor, as a sign of enormous respect and with a hint: don’t come to the world of the living… Good “almighty” inhabited heavens, the upper world, as is the case in the majority of cultures. They could only descend to the middle, terrestrial, world by “jumping” into a body of a priest or a chieftain.Photo timetravelturtle.com

Chiefs, as messengers of the supreme ones, were revered – majestic burial awaited them. Similar to Egyptian pharaohs, they had pyramids and shrines waiting for them, build while they were still alive. They were rising far skyward as a symbol of the ruler’s connection to the divine. Precious sarcophagi, rings and other stuff that has estimated value with numerous zeros (by the way, it were Maya people who began using “zero” digit first), like Egyptian noblemen had, weren’t discovered. Bodies of those who had crossed the great beyond, were laid around with jaguar skins, greenstone, obsidian and sea shells. The latter ones were so precious in those regions that they were considered unprecedented luxury.

Gadames: The colorful area of the most famous desert
Fifty-degree Sahara is one of the most famous places on the planet, the biggest part of which is not absolutely suitable for life. However, today we would like to arrive in the sands to see the incredible city Gadames. During the thousands years its citizens have been living out in the environment of the heat, but this place has given the desirable accommodation for everyone in need.

Golden Land of Solomon
Solomon Islands at the beginning of their settlement had a reputation of being far from the most welcoming place. And if the Florentines can warn about their craftiness, archipelago innocently enough stretches to the far distance of 1500 kilometres and excited the curiosity of generations of travellers with its specific location and legends of Eldorado gold.

Soon to burst: cities that oppose tourism
We write a lot about travel and non-standard kinds of tourism, we tell you where to go for exotics, and how to usefully spend $10 in different cities of the world, but we rarely think about the fact that tourism has a downside. This time we decided to look at the crowds of tourists through the eyes of local residents and talk about the problems faced by the most visited cities on the planet.