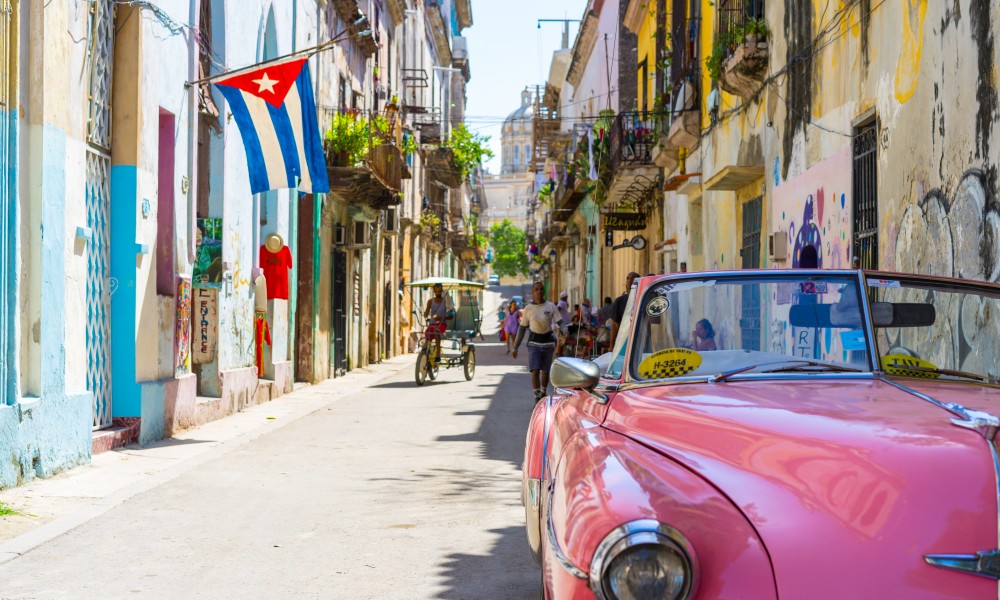 Iron and charismatic Fidel, great rum and famous cigars – this is probably the minimum set of every person’s knowledge on this planet about Cuba. We suggest we don’t limit ourselves to it because the famous Liberty Island is a truly interesting and unusual country that deserves attention. Our selection of curious facts about it is a nice opportunity to get to know it better.

The Cubans are very friendly and seem to always be in great mood. They can easily start a conversation with a stranger – even more so with a foreigner and infect with humor and positivity even without knowing a language. This is why every tourist should know: when going there, you should bury all of your greyand dark clothes deep in your suitcase not to offend locals with your dull wardrobe. Non-written dress-code is bright shorts, flower-patterned shirts and a smile from ear to ear. Photo timeout.com

Despite the fact that local living standards can hardly be called high – salary of 50-70 dollars is considered a really good one and Liberta ration tickets are still in circulation – the country is famous for its doctors and medical personnel with their percentage per capita being the highest in the world. Besides the fact that Cuban doctors work all over South American on leasing, in the territory of the Liberty Island itself there are numerous elite and specialized clinics where people come for treatment even from better developed countries of the world because local doctors were especially successful in treating oncological diseases. At the same time, public medicine is free for locals and therefore, despite poverty, life longevity on

Sure enough, talks and data on political situation and regime built by Fidel Castro deserve some serious investigation and analysis however we cannot conceal certain most curious aspects of life in

We cannot but mention prohibitions – and there is an abundance of them. While lack of “enemy’s” drink – American Coca-Cola – on counters is both habitual and understandable, exile of local rum, famous Bacardi, from the country evokes surprised at the very least. It’s all the fault of the circumstance that members of Bacardi family didn’t support Fidel’s revolution and were forced to flee the country after the power shift. At that, operation of, for instance, Masonic lodges is allowed in

In green areas of the country, should you be lucky and should your sight not fail you, it is possible to spot the planet’s smallest bird – bee hummingbird that weighs


There are hardly many people who know it besides experts and admirers of this particular art, but Cuban school of ballet confidently ranks among the best on the globe alongside French and Russian so you shouldn’t think that all they dance there is salsa. When speaking about sports, most publicly favored one is baseball.

A must-do for tourists is a visit to at least a couple of family restaurants or cafés – this kind of public nutrition is the most popular in the country. Congri is a main local dish; rice and peas serve as a basis for it. It is served with either meat or vegetables. Also, local chefs actively use bananas as an ingredient for both main courses and deserts. It is considered ordinary to consume the product bite after bite with main dishes, so don’t be surprised. And rum, there is of course rum! Photo bostonglobe.com

Gadames: The colorful area of the most famous desert
Fifty-degree Sahara is one of the most famous places on the planet, the biggest part of which is not absolutely suitable for life. However, today we would like to arrive in the sands to see the incredible city Gadames. During the thousands years its citizens have been living out in the environment of the heat, but this place has given the desirable accommodation for everyone in need.