Youtube
Статьи  >  Know  >  Round Table “Ukraine-India. World Practice of Constitutionalism” Is Held at the Diplomatic Academy

Round Table “Ukraine-India. World Practice of Constitutionalism” Is Held at the Diplomatic Academy 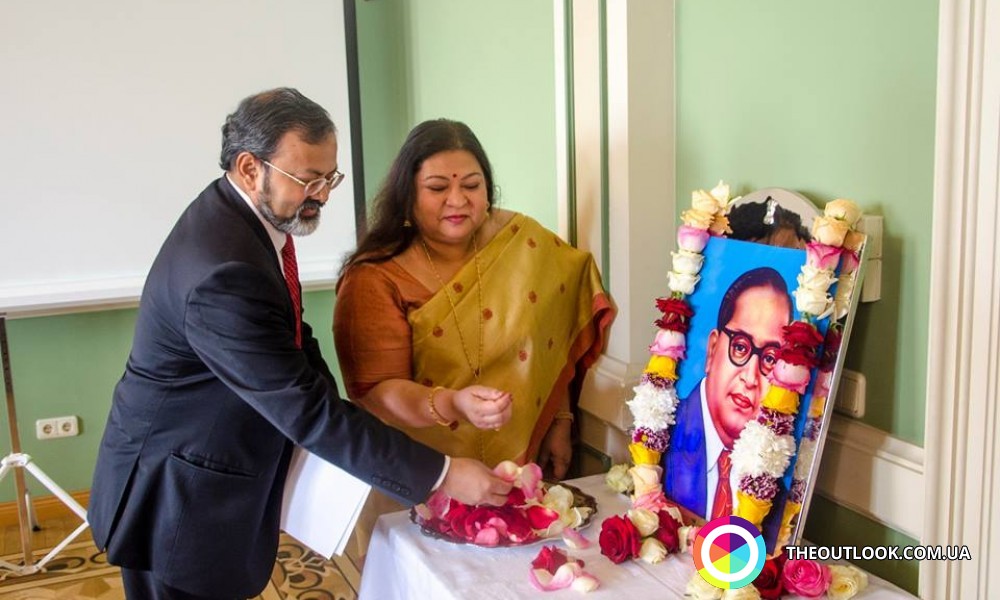 On April 14, 2016 at the Diplomatic academy of Ukraine under the Ministry of Foreign Affairs International Round Table “India – Ukraine: World Practice of constitutionalism” dedicated to 125th anniversary of the main author of India’s constitution Dr. Ambedkar was held.

Diplomatic Academy of Ukraine under the Ministry of Foreign Affairs and Embassy of the Republic of India to Ukraine acted as orchestrators of the event.

Ambassador Extraordinary and Plenipotentiary of India to Ukraine Mr. Manoj Kumar Bharti addressed participants of the Round Table with his salutatory speech. In the speech Mr. Ambassador told in further detail about personality of Dr. Bhimrao Ramji Ambedkar and his contribution to establishment of Indian state and creation of the fundamental law.

In the International Round Table head of the department of foreign policy and diplomacy professor Lyudmyla Chekalenko, professor of regional systems and European integration department Vitaliy Kosmina and associate professor of regional systems and European integration department Ihor Vorobey delivered their speeches. Spokespersons identifies the place and the role of India in modern world as one of the largest states and world leaders as well as the role of personality of B. R. Ambedkar as a creator of Constitution and his efforts to overcome cast system in India, personality of Mahatma Gandhi whose doctrine became the motto of philosophical life of Indian society. Spokespersons answered numerous questions of guests present.

Information and photos provided by the Diplomatic Academy of Ukraine.