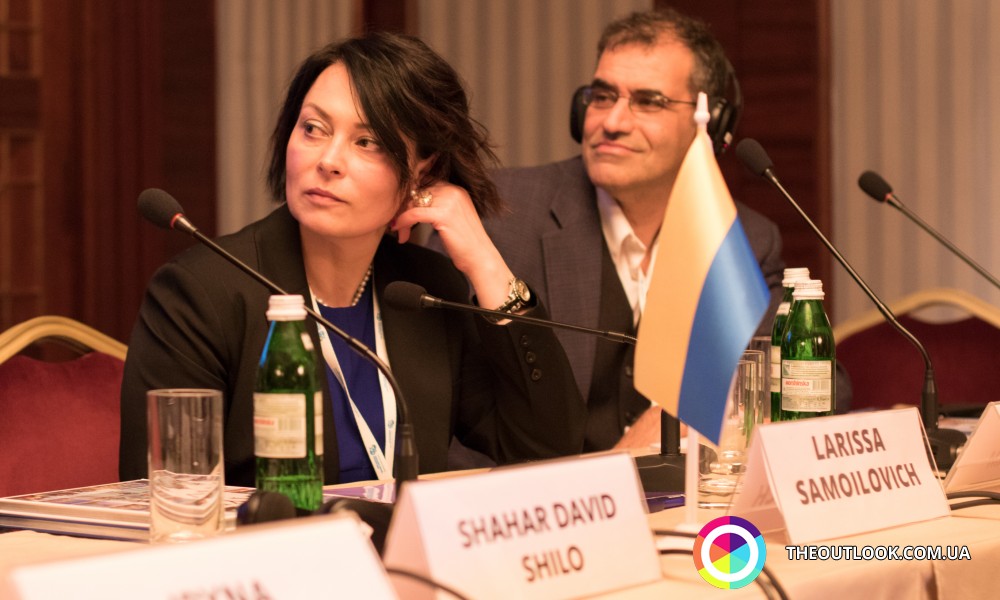 In the frames of the forum Ukraine-Israel ‘Twenty-five years of diplomatic relations: from the common heritage to the total vision’ which happened in the capital of Ukraine there was a panel discussion on the topic ‘Collaboration between Israel and Ukraine in travel sector’. The moderator of the discussion was PR Director of State travel fund of the office of Israel in Kyiv Anna Serokurova.

Attache on tourism of the Embassy of Israel to Ukraine Larisa Samoylovich with her greeting speech made an emphasis how it is important for Israel to collaborate with Ukraine in travel area and that each year the number of Ukrainians visiting Israel is growing; simultaneously the number of Israelites travelling along Ukraine is increasing.

‘150 thousand tourists from Israel came to Ukraine the last year and 152 thousand Ukrainians attended Israel. The year has not been finished; however, we can courageously say that for us it is record statistics. We have grown, approximately, by 12% in travel flood, and it has been happening only for a year. We intend not to be satisfied with the result that has already been achieved, go to the great length and grow together’, Mrs Samoylovich remarked.

She also emphasized that Ukrainians and Jews are united by historical and cultural heritage, verily Jews who are originated from Ukraine built state at the end of XIX till beginning of XX century.

In the frames of discussion guests from Israel and Ukrainian partners of the Representation of Ministry of Tourism could exchange experience and profitable information in the area of travel scope development. One of the guests of the Forum became the head of Travel Association of high mountain region Negev Shahar David Shilo who told about the peculiarities of travel development in Jerusalem.

As well, all the guests of the event could get familiar with the elements of promotion and reconstruction of the image of the country during the travel recession. The Head of department of communications of university of Haifa Ali Avraham shared the secrets of success.

The Director of Press centre of information agency UNIAN Irina Golovatenko told about the successful practice of arrangement and participation in the awareness-raising travel tours in Israel for the representatives of mass media as well as in the projects implemented along with the Embassy of Israel in Ukraine and Representation of Ministry of Tourism.

At the end of discussion the Director of department of tourism and resorts of Ministry of economical development of Ukraine Ivan Leptuta came up with the speech. Particularly, he made a stress on the importance of collaboration of Ukraine and Israel in travel scope and remarked a significant growth of indicators of Israeli travelers coming to Ukraine, not only to city Uman where the sanctuaries of Jews are located but also trips along the whole Ukraine. He also noticed that Ministry of economical development does his best to make the travel potential of Ukraine grow for the entire world.