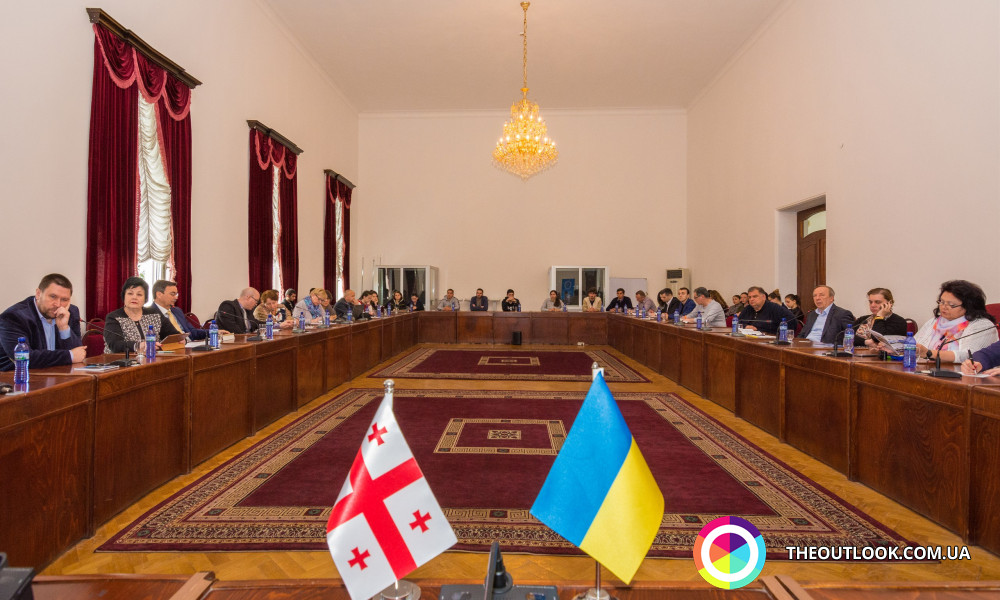 The uniqueness of the event of such level lied in the fact that it managed to gather the leading scholars from Ukraine, Romania, Poland and Georgia in the framework of anniversary celebrations of 2017. A similar conference called “Diplomatic, social and economic relation between the Ukrainian People’s Republic and the Democratic Republic of Georgia in 1917–1922” was held 10 years ago by the Embassy of Ukraine in Georgia and the International cultural and charitable, scientific and educational association “Dripro”. The event conducted this time was of much larger scale in terms of subject matter and the time span. The scientists discussed significant issues of history and the present time of diplomatic relations between Ukraine and Georgia. The scientific meeting was organized by the Embassy of Ukraine in Georgia, the Diplomatic Academy of Ukraine, the Batumi Shota Rustaveli State University, the Scientific Society of History of Diplomacy and International Relations and the Directorate-General for Rendering Services to Diplomatic Missions. The conference itself took place in the Batumi Shota Rustaveli State University.

Merab Khalvashi, Rector of the Batumi Shota Rustaveli State University, defined the purpose of the conference as “deepening relations between our states and nations” and thanked every participant from Ukraine, Romania, Poland as well as scholars from Georgia for their willingness to meet up today to hold a discussion on important events linked with the diplomatic relations between our countries.

The Ambassador Extraordinary and Plenipotentiary of Ukraine to Georgia Ihor Dolhov delivered a welcoming speech, in which he stressed that this conference was a true diplomatic progress as the discussion on the 25th anniversary of the establishment of diplomatic relations between our countries would encourage their strengthening. The honourable guest expressed his hope for the conference to be the first, but not the last, and that it would initiate the arrangement of a number of events dedicated to the centenary of the establishment of diplomatic relations between Ukraine and Georgia. “As an Ambassador I am glad wholeheartedly that the Ukrainians are appreciated and welcomed here”, I. Dolhov stated. The Ukrainian delegation of the conference brought a video message of the Ambassador Extraordinary and Plenipotentiary of Georgia to Ukraine Mikheil Ukleba who emphasized that our nations were bound together by a longstanding history and primarily – people. Our nations have also faced similar challenges of today because of their striving for freedom and aspiration to live by their own guidelines. “Such events prove that we are on the right track that leads towards success and victory of the European values”, Mr. Ambassador noted.

Viacheslav Tsivatyi, First Vice-Rector of the Diplomatic Academy of Ukraine, mentioned that the conference was marked by three features: uniqueness, conventionality and institutionalism. Iryna Matiash, Head of the Scientific Society of History of Diplomacy and International Relations, Doctor of Historical Sciences and a scientific supervisor of the conference from the Ukrainian party, informed the participants of the event that members of the Society that had been established as recently as a year ago kept working on the extending of the research topics. She also encouraged the participants from Georgia to get engaged in the conference dedicated to the centenary of the establishment of diplomatic relations between Ukraine and Georgia. The representatives of the Directorate-General for Rendering Services to Diplomatic Missions joined in congratulations and presented host party and honourable guests the books and souvenirs from Ukraine as a remembrance of the conference that would be kept at the university museum.

The official part of the event was followed by lively discussions of three issue-related panels: “Ukraine and Georgia in international relations: history and the present time”, “The Black Sea region in international relations”, “Personality of the Ukrainian and Georgian diplomacy from the perspective of diplomatic archives and private collections”. All the reports of the agenda were fully presented. The high academic level of the participants’ speeches contributed to the comprehensiveness and efficiency of the discussions. It was nice that in the end Georgian colleagues thanked for the presentation of previously unknown for them information related to the history of the Ukrainian-Georgian diplomatic and consular relations.

In the context of the conference, there were paid visits to the local history and archaeological museums and established contacts for cooperation with their representatives. As a result of the conference it was agreed to publish a collection of scientific papers.