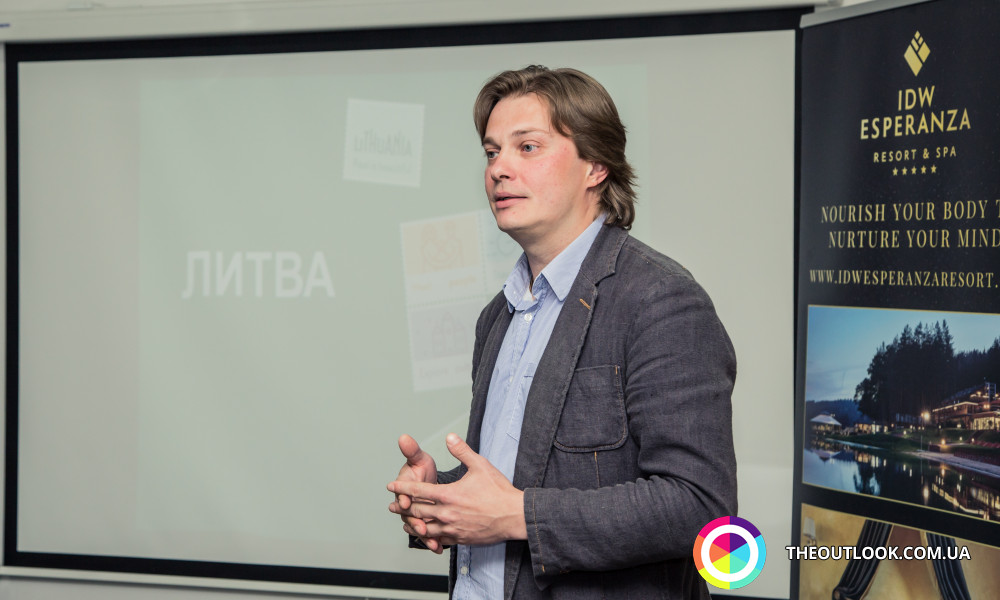 From the 14-th till 18-th of June in Odessa in the course of the traditional Lithuania Days it was business forum dedicated to the travel potential of Lithuania and opening of Lithuanian fair ‘Kazyukas’.

The event was attended by the Ambassador Extraordinary and Plenipotentiary of Lithuania to Ukraine Marius Yanukonis.

He greeted all the participants expressing hope that due to this event Ukrainians know a lot of useful things about Lithuania for themselves and their business and receive new contacts which are going to keep sturdy collaboration between our countries. ‘I am very pleased that our Lithuanian and Ukrainian friendship embodies in exact results and it reflects in the tourism. The flood of Ukrainian tourists in Lithuania increased by 40%, it is quite a good result, and I hope that it is going to go up. I congratulate you with visa-free regime that gives more possibilities to travel. Yesterday the first flight from Vilnius to Odessa landed, and again we have already got direct message, and we are glad because of that. Lithuania has a lot of interesting to offer Ukrainian tourists, particularly, it is sea, spa-reports, cities with wonderful history and agricultural tourism’, as Mr Ambassador remarked. Commercial attaché of Embassy of Lithuania to Ukraine Rimantas Shegzhda told about the prospects of further collaboration. ‘We are not for the first time in Odessa and organize many events here, however, it is specially important for me that today our Lithuania companies have come there as well as representatives of resorts who are going to tell about their possibilities. Today we are able to know about Lithuania and not only about our sea resorts but also about other places which attracts tourists. We hope that today we will find other reliable partners and will organize tours in our country with the pleasure’, remarked Mr Shegzhda. Talking about the travel potential of the country Head specialist of the national department of tourism of Lithuania Tomas Yatskevich has said why while choosing the country for the travel one should pay attention to this Baltic country. ‘Lithuania is friendly and safe for travel. The safety of travel has recently been the factor in the choice of direction. Lithuania understands and respects its guests. We really respect tourists, we speak Russian well. Rest in Lithuania matches the highest standards of the quality of European Union. We try to make an emphasis on the tendency to develop our infrastructure but also in the region of tourism, but in general throughout the country. It is going to raise our quality at the level which matches European standards. I want to congratulate Ukraine with the acceptance of the expected visa-free regime, and I am assured that due to that we will be able to feel European values’, reported he. In the course of forum there were cities presented like Vilnius, Trakai, Kernave, Kaunas, Klaipeda, resorts of Palanga, Neringa, the Curonian Spit and many others, popular and little known places. The participants of forum have been told about the unique hotels, several ones attract visitors with the history and beautiful work during many years while somebody is interested with new services.

After presentation in the course of fair of contacts the guests exchanged with information that is the excellent variant for the establishment of collaboration for the specialists in this scope.

The mayor in the greeting word told about the many-nationality and multi-culture of Odessa and remarked that for the city it became the tradition to organize holidays in honor of other countries. It gives a possibility to Odessa citizens to get familiar with the culture and history of Europe.

Lithuania annually attracts more and more foreign tourists, according to statistics. This year events on the popularization of its travel possibilities are organized in three countries of Eastern Europe, particularly, Poland, Ukraine, and Belarus.