Youtube
Статьи  >  Visit  >  History of the street. Tahlia. The Champs-Élysées of Saudi Arabia

History of the street. Tahlia. The Champs-Élysées of Saudi Arabia 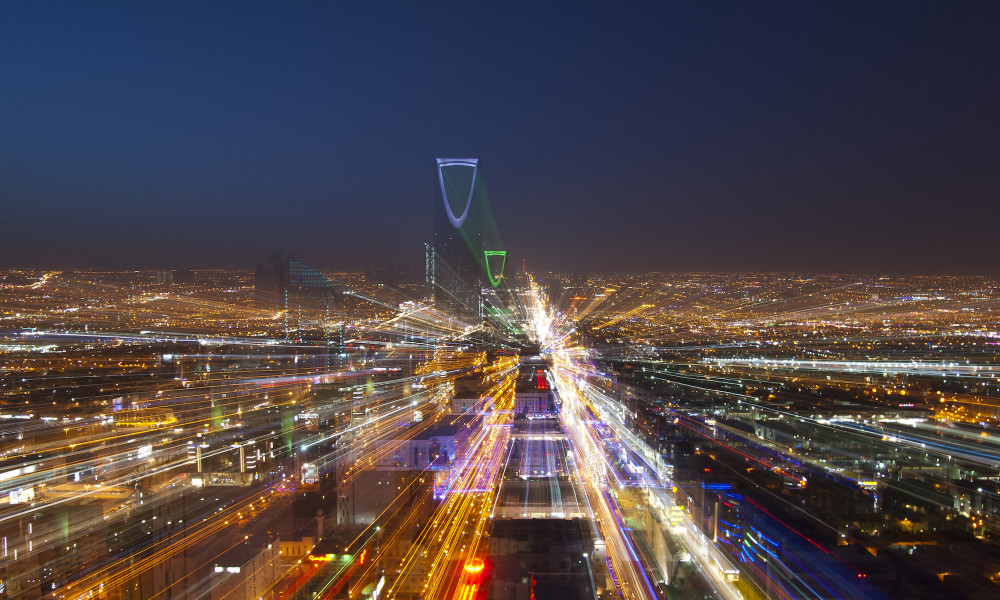 Today OUTLOOK is strolling along the main street of the economic capital of Saudi Arabia, the country second largest city Jeddah, venerated by shoppers and pilgrims. Cutting through the middle of the city, Tahlia Street is a vivid evidence how Arab culture is infused by modern Western trends that introduce dissonance into this place...

Saudi Arabia is a mysterious world which for a long time was hidden from prying eyes. Stepping behind the charming oriental vail, and opening eyes wide to beauty of Arab culture, a traveller shall be prepared that there their long-established laws prevail, and they must be strongly honoured by any guest. One of the most visited cities in the Kingdom is a city of Jeddah, "air gates" into the Islamic world, where pilgrims often stop on their way for prayer in Mecca and Medina. Numerous streets of the city embody deep-rooted traditions of the East, but at the same time, they are not far behind from the contemporary world thanks to brisk highways and ultramodern skyscrapers such the Kingdom Tower, being under construction, it promises to become the world tallest building. To see two different epochs in the same place, when low-paced life degenerates into a rapid rhythm of the metropolis, is possible strolling along the main avenue of the city. The street’s official name is Prince Mohammed bin Abdulaziz Street, it has been named in honour of the current monarch of Saudi Arabia, though it is well-known under the name of Tahlia. The first thing that strikes there is cleanliness, neat rows of palm trees by the road, and neatly clipped tamarisk bushes.

The city main street represents the luxury in all its versatility, which is taken there for granted as something quite natural. Luxury hotels, first-class restaurants and fashionable shopping centres touching sky with their tops, peacefully coexist with exquisite medieval buildings created from corals and decorated with magnificent sculptures.

It just so happened that the premium shopping in Jeddah is a traditional leisure for local residents, as well as very popular among tourists. Luxury retail segment is focused on Tahlia Street, huge malls anchored there: Mall of Arabia, Stars Avenue, Red Sea Mall. The big-name fashion boutiques present the latest collections of famous high-end brands. If you are wondering what outfits the cream of Arab society prefers, here you will also find special upscale booths where they sew custom-made elegant traditional attires, for the corresponding money, of course. It becomes clear why the main street of the city is called the Eastern Champs-Élysées - the spirit of fashion and style of modern Jeddah reigns there.

If you are looking to take a break from shopping, Tahlia Street also has many coffee shops and restaurants dotted along its length and catering for all tastes: Italian, French, American and, of course, national cuisines.

It is not strange that walking along clean and tidy Tahlia, you will find yourself almost the only pedestrian, as in the central areas of the city residents move mostly by private vehicles. To go to the other street side in the rush hour, one has to walk a few hundreds of meters in search of a crosswalk inside the dense traffic, Jeddah, by the way, does not have an extensive public transport system. Buses and trolleybuses are not just hard to grab by the eye among the luxury cars, there is almost none of them in the city. Rumour has it that the local authorities are considering the construction of the subway, and even created underground tunnels to avoid traffic congestion, but for the time being the city with million population uses mainly private transport.

Despite the commitment to innovations, the inhabitants treat their history with respect. So, at the intersection of Prince Mohammed Ibn Abdulaziz Street and Al Andalus Street, is located in the most beautiful city square, topped by four covered lanterns. Pieces of coloured glass used to decorate lanterns bowls, play in the sun with bizarre highlights, attracting attention of a passer-by, and causing pride to the indigenous residents. Tahlia Street art is not limited to these magnificent monuments. Art connoisseurs will be delighted by the Athr, a new art space, opened a few years ago, the owners of which are the admirers of modern art Hamza Serafi and Mohammed Hafiz. The gallery regularly holds exhibitions of artists from the Middle East, often foreign creators, innovators and experimenters, present their works there. Tahlia Street is the shopping hub of old Jeddah, which tends to innovation, but still holds firmly by the ground, keeping its unique history.

Art connoisseurs will be delighted by the Athr, a new art space, opened a few years ago, the owners of which are the admirers of modern art Hamza Serafi and Mohammed Hafiz. The gallery regularly holds exhibitions of artists from the Middle East, often foreign creators, innovators and experimenters, present their works there.

Tahlia Street is the shopping hub of old Jeddah, which tends to innovation, but still holds firmly by the ground, keeping its unique history.