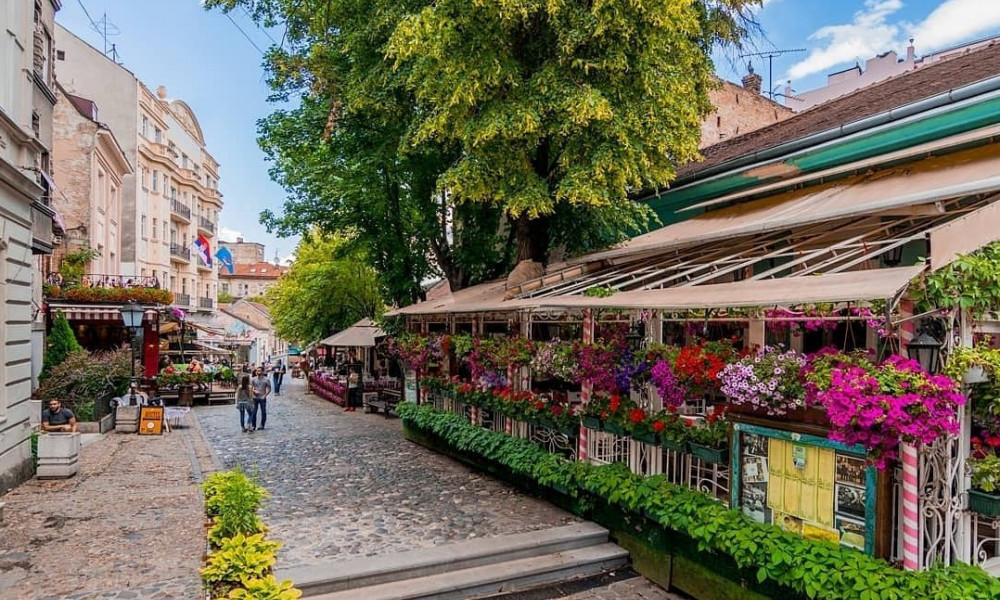 There are few ones similar to it. Around 400 meters long. With its special atmosphere. Small town inside a city. Cars don’t drive here. Here you can feel old uneven stone-blocked pavement beneath your feet with paintings on buildings around being so delusive that one cannot make out where there is a real window-balcony-door and where it is merely a picture…

Ivy, that climbs up almost every wall, and flowers add even more bright colors. Silence and accord reign in Skadarlija in the daytime. It wakes up in the evening to get filled with people and live music. The street’s bohemian past comes back to life…

The district emerged in 1830s – gypsies used to settle in deserted trenches without the city walls. Later instead of the Roma huts, brick houses of craftsmen, salesmen and poky clerks started emerging. Before 1872 the street was called the Gypsy Quarter to be later renamed into Skadar in honor of Serbia’s medieval capital (today Shkodër city in Albania). 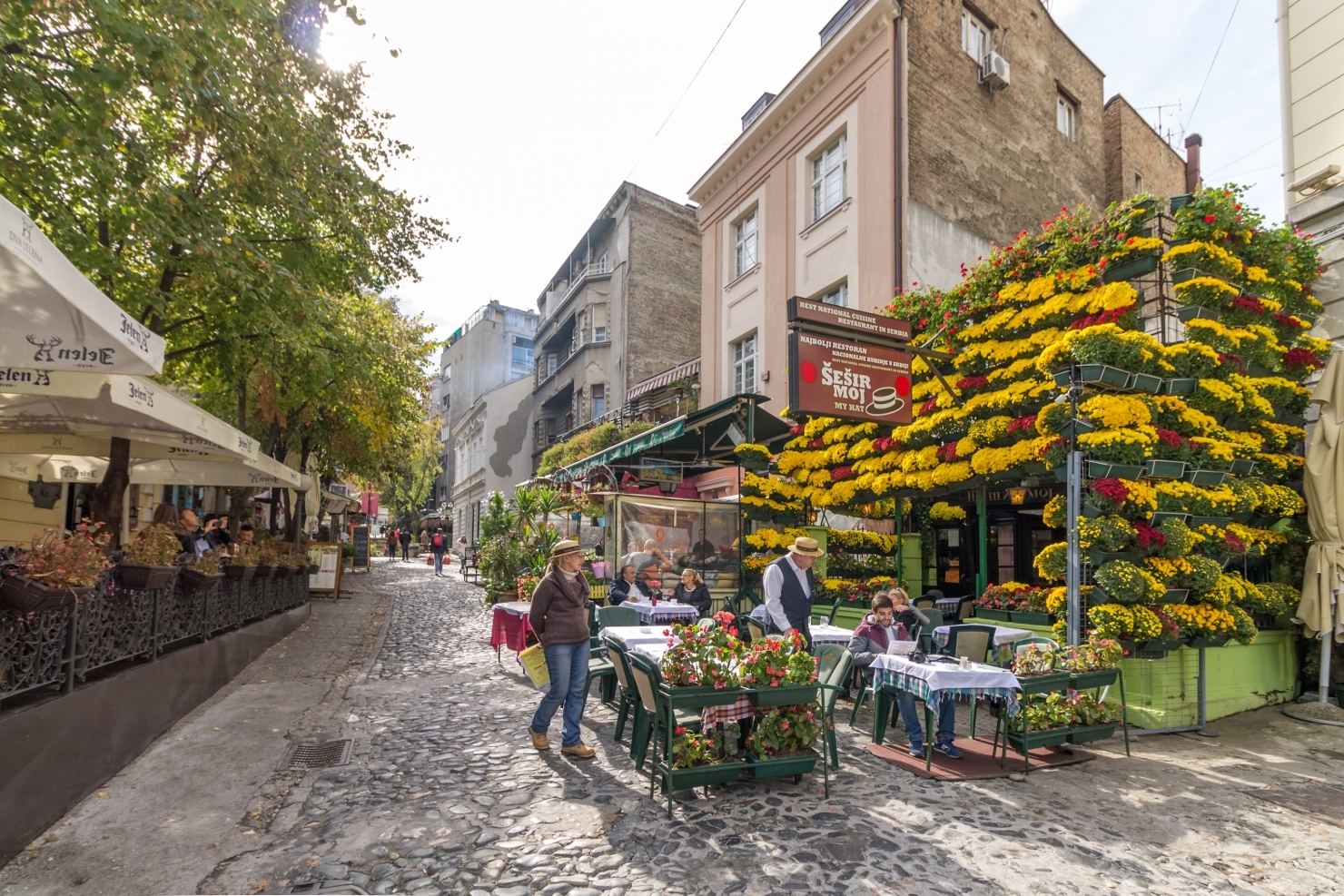 Cheapness of apartments in central part of Belgrade induced significant inflow of writers, poets and actors. Skadarlia becomes a centre of bohemian and cultural life of the city. Later a large brewery, headwear factory, several grocery stores and craftsmen workshops were launched in the block.

The street has its own code of conduct – its goal is preservation of Skadarlija as a single whole in spiritual sense – as well as own symbols (a hat, a carnation and a cane) and a flag that is demonstrated to public once in three months. Starting from 1993 official opening of summer season in Skadarlia is celebrated with raising “Bohemian Flag”, its flagpole situated in front of kafana “Zlatni Bokal”. Celebrities are always present on the ceremony, in particular pop and opera singers, actors and writers. Previously in summer time an actor was walking around the streets beating drums and an actress dress like a Gypsy, telling fortunes to passres-by.

And although in early last year Belgrade was accounting for as few as 60 thousand citizens, this never prevented them from opening over 300 kafanas there. About a dozen of them were situated on Skadarlia. It was in these establishments where many famous persons, both local and foreign, were spending the best days of their lives in the nights. Chronicles tell: “They sat here till sunrise, they lived here, created here, joked and cried here… Actors and actresses used to work on their roles and it was here where Croatian poets and writers became real Belgraders…”

Each of them was picking a congenial kafana. The famous “Bandist” used to be visited by the youngest and the nosiest; “Vagabonds” were famous for their cuisine, “the best both inside and outside Belgrade”; in the beginning of the street in kafana “Vuk Karadžić” only cognac was sold, but both over and under the counter. Kafanas “Tri šešira” (“three Hats”), “Dva jelena” (“Two Deer”) and “Zlatni Bokal” (“The Golden Chalice”) exist until now. Should a customer have failed to bring money for payment, it was written down into a special book to be paid when a customer could. Probably, this is why Skadarlija is also called “The Street of Rich Poor”.

After World War II they wanted to reconstruct it but a group of creative people managed to defend Skadarlija’s right for existence. Moreover, the cozy locality was even renovated and added several details worth attention, among them a monument to Đura Jakšić, famous Serbian poet. Nowadays his house became a place holding poetic meetings “Skadarlija Evenings”. The word is, sometimes people leave a glass of wine near the monument. So the tradition suggests.

In the beginning and in the end Skadarska Street is decorated with the two fountains. Water in them is potable, therefore in one of hot days that happen quite often in Belgrade, these two can be of use for a traveler. The lower fountain is called Sebilj. It is a replica of a spring situated in Saraevo, in Baščaršija district.

When having explored the whole Skadarlija we suggest you go back to its beginning. There you’ll see a direction post to similar blocks in other countries: Montmartre, Grinzing, Old Arbat... It is crowned with a skyward arrow with the inscription “Moon” on it.