History of the street: Brivibas 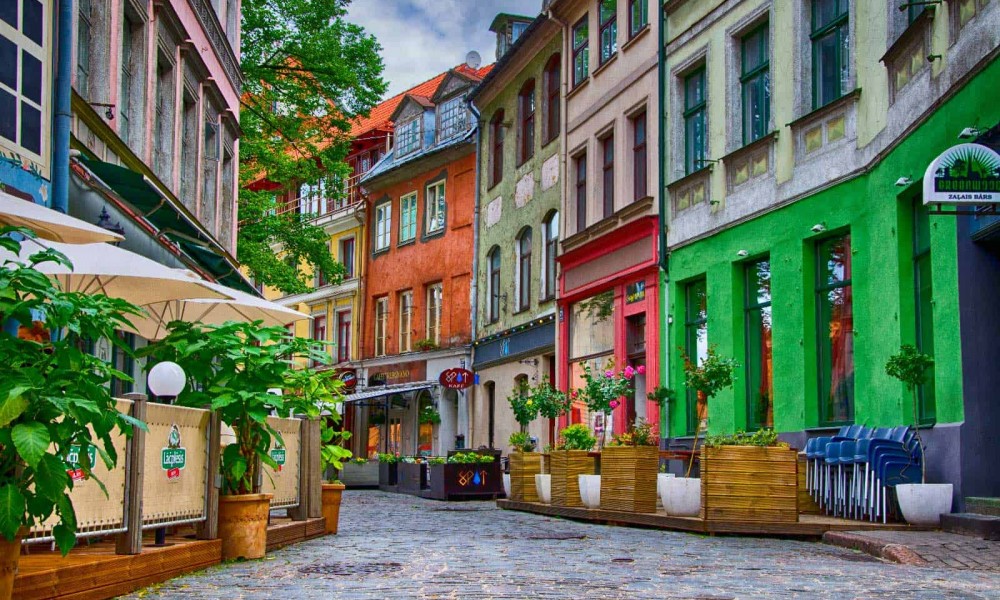 Today in our review dedicated to the most interesting streets of the planet we are going to talk about Brivibas. The old city of Riga is truly magnificent and finely preserved part of Latvian capital. Verily here there are more tourists and less local citizens, however, 350-400 years ago around it there was nothing and city resembled inaccessible medieval fortress in semi-Scandinavian and semi-European style. All of its population could place here…

In XVII century Latvians had felt too overcrowded in the Old city, and Riga got the suburbs. Most often they were working or agricultural regions maintaining the capital with the products and manufacturing crafts. The today’s magnificent street Brivibas extended at more than twelve kilometers till verily suburbs of the capital was born exactly at those times. Its first name is Peschanaya because across this road the most important trading way till Saints-Petersburg passed while the merchants that liked it sold verily sand and clay there.

Before 1820s the street was the usual for that time race, however, too vulnerable location of Riga, if we talk about the Old city where all the administration, banks, and places were concentrated as well as demographic growth made the senior authorities of the city and all the Russian Federation think about its expansion. In the part of Riga where today there is a railway station in those years one could observe slow but obvious growth of working and trading Moscow outskirt. In the meantime, around Peschanaya Street it was decided to build another, more aristocratic suburb, Petersburg. Today’s Brivibas was meant to be the most important and central street that altered beyond recognition by the end of the century.

The luxurious mansions, castles, movement of the most important municipal places, magnific restaurants, best hotels, the first omnibuses and then trams and trolleybuses transformed for some decades into better, so, it is hard to recognize the former race track with untidy guest-houses and warehouses. The entire nobility of Riga moved to this part of the city, moreover, many influential and noble families of Petersburg with the pleasure purchased here mansions because the climate is milder here and there is less capital buzz. Petersburg suburb or outer settlement lived its own life having become the alternative political center of not only city but also the region in total. Till this time, in 1890s the street was already been called as Aleksandrovska. It seemed, its benevolence and prosperity will continue, however, it started the cruel XX century both for the Baltic states and in general for Europe…

Read also: What do they eat: Latvia

Apart from two destructive world wars and several revolutions, Aleksandrovska street got a whole range of renaming and rebuilding because every new power tried to change the street and Riga itself. By the way, one could lose count how many times the authority changed for the first fifty years of XX century. Brivibas was able to be the Street of revolution, the Street of Lenin (even twice) not to mention Gitlershtrasse in the time of German occupation. Its current view especially taking into consideration its beauty and originality is less magnificent than in the beginning of the last century. The street acquired this look after the Second World War and joining USSR. The most part of the suburb was restored by the Soviet architects who brought to the entire region the style of Stalin baroque the highlight of which became the famous high-riser. In the meantime, Brivibas was lucky more than others because the true artists worked there bringing architecture inherited traditions built by Michael Eisenstein, the father of the famous cinema director, the great architect. Many historians call him as the creator of the incomparable pre-revolutionary style of this part of the city that demonstrated the freedom of thought and preserved despite all the ordeals.

By the way, let’s talk about freedom. This name this long-suffering street received only after the dissolution of USSR. The Latvians hope they will not rename it anymore because it is too much to make denomination seven times for almost full one hundred years. Nowadays the street is still alternative not only to the politic but also to the travel Old city. One could walk along it looking at the landmarks and going into the cozy style places. The residential houses and spaces of the former factories as well as theaters, hotels, and homesteads deserve attention. However, the main zest of the suburb is the legendary Matveevsky or Vidzemsky market. This trading place that has been working in Riga incessantly for almost one century and a half is the dignified rival of the verily street Brivibas, if we talk about the longevity. Proposing the center to the guests, citizens of Riga prefer spending their time verily here proving that city could easily have two hearts, particularly, one for visitors and second for its own dwellers.