History of the street: Spiegelgasse 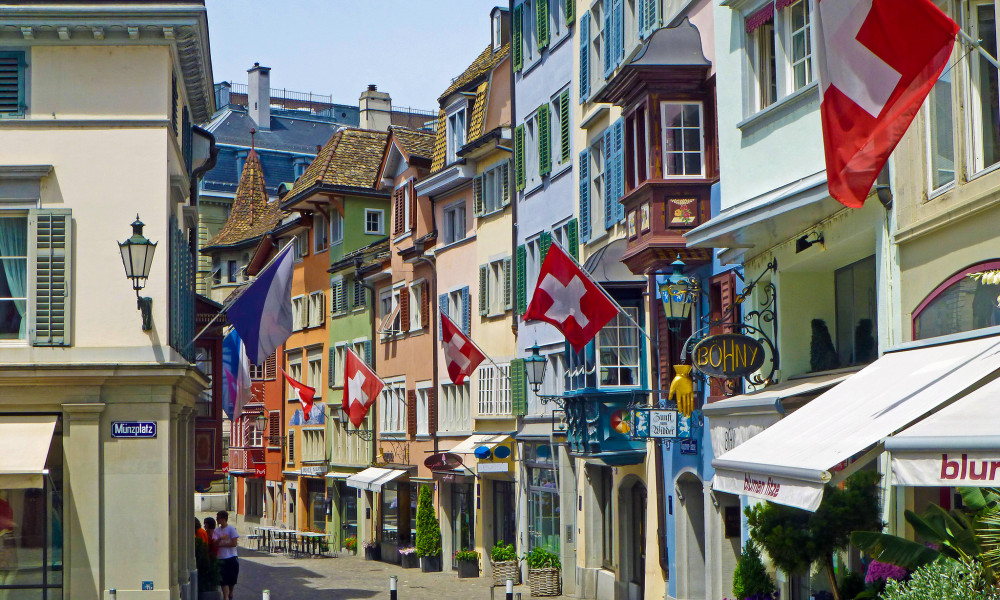 Spiegelgasse is originated from German collocation ‘Mirror street’ or ‘Mirror alley’. However, it is not the biggest and the most important street in Zurich. Moreover, it is vice versa, incredibly short and narrow… Well, being situated in the quiet nooks of the old city in such a way that no tourists could see it.

Are there any mirrors in Mirror alley? It is not known exactly where its name came from. However, there are three versions. The first tells that on one of the towels in the beginning of Spiegelgasse there is a sculpture of a person who, according to the legend, kept a huge mirror in the arms. According to the second version, because of the fact that

Spiegelgasse harkens back to XIII century. Surprisingly, the first buildings are overlooking on Napfplatz. On this small square two towels are domineering, such as Well and Noble. They kept their original view and frightens with its moody and inspiring style of the Late Medieval Ages despite the fact that time transformed them in compliance with their needs. Now in

All the buildings of the first period are also saved but they lost its medieval guise because of the variety of modern fashionable restorations.

Mirror alley starts with the residence of Dadaists. Spiegelgasse, 1 is the house where in the beginning of the previous century Dadaists gathered to think about the upheaval in the literature. The literary men consider the first house in this alley as the sacred place even today. Mean, in these walls a small company of the crazy writers from different countries invented and introduced the new movement in the history of art. Their leader was French and Romanian poet, Tristan Tzara. Dadaists claimed that rationalism and logics are guilty in all the wars. That’s why they called for destruction of all the canons in the art.

House number 5 on this street was the place of meeting of the progressive European artists. The philosopher Lavater had been living in the 11-th house. Once he was visited by Johann Wolfgang Goethe.

The neighboring house (Spiegelgass, 12) was the accommodation of George Buchner, German writer who was forced to run away from the motherland because of his revolutionary activity. He became the author of the famous phrase-motto of all the revolutions: ‘Peace to the slums, war to the castles’. Mirror alley ends with the house that has poor view but famous all over the world. On Spiegelgasse, in the house of 14-th umber, on the third floor, Vladimir Lenin lived and worked. It was the communal flat where the future leader of international proletariat along with Krupskaya rented flat near a couple of actors, German family and family of shoemaker. In the afternoon Lenin went to the library writing work ‘Imperialism as the highest stage of capitalism’ while in the evening he visited ‘Cabaret Voltaire’.The flats in this house are still successfully given in a rent including the apartments of Lenin.

Certainly, revolutionaries liked underground, the cellars and glamour cabaret reduced to an absurdity. One of such legendary lush places is situated on Spiegelgasse.

Cabaret Voltaire is such colorful fuggy cellar. There were articulations of the poems and performances in the absurd style. April Thesis was written by Lenin. Also, Dadaists had fun there making new rhythms and forms. Voltaire has remained since those days. Nowadays it includes three places, such as café, large-scale center of the modern art and souvenir shop.