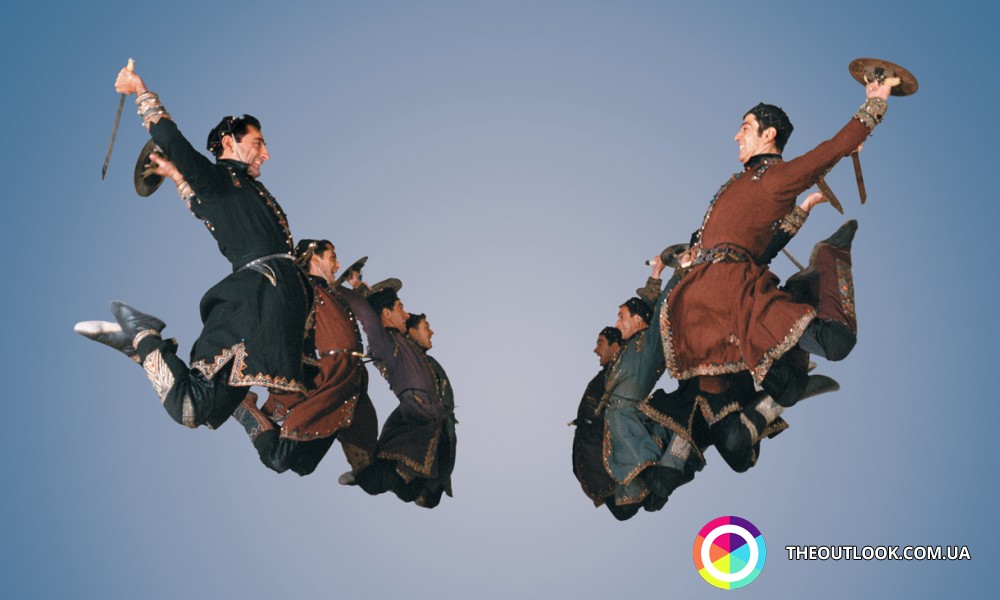 The sword and the vine, as the beloved national symbols of Georgia, are even depicted in the coat of arms of Georgia. The ages-long struggle for motherland made this nation proud and brave. That is why the military traditions are much honoured in Georgian culture. Moreover, the Georgians love the world around them so much, that this contrast is amazing.

The Georgians started development of military science at an early age. Before the 20th century in Georgia in every region they had special locations arranged for competitions in different martial arts.

It was just a small part of a huge cult of traditional arms and armour. Furthermore, in the old times unarmed male outfit was considered incomplete, so even representatives of the poorer layers of society tried their best to buy at least a simple dagger. Well-off and rich Georgians collected the whole arsenal: in addition to a dagger, they had a sword, a sabre and a gun, the chokha (traditional male wool coat) has special bandoliers on both sides of the chest for bullets (gazyrnitsy).

Over centuries, the Georgians have not changed their true masculine nature, every Georgian man should be proficient in weaponry, be brave and decisive. Moreover, the Georgian folk traditions oblige men to be soldiers not only in times of turmoil and war, but in everyday life: even in the days of peace men must protect women, children and the elderly. Georgian proud and freedom loving nature is reflected in their traditional costume, which is tailored so that to fit any event and for any purpose. The papakha (tall wool hat) is comfortable in any weather, and the сhokha has special pockets for ammunition, and a dagger.

It is needless to prove the importance of weaponry in the life of the Georgians, they even hold it in hands while dancing. There are national military dances which are very complex technically, with daggers and sabres. Scientists studying Georgian traditions, claim that these dances were a kind of gymnastics which helped keep fit.

Traditional Georgian arms and armours have some special features and differences from those typical for other countries. Georgian dagger differs by its short broad blade, the handle itself is crafted so that it has silver or metal guard. Georgian bladesmithes has a creative approach to weapons: it has been a custom to decorate daggers with a variety of artistically cuts, embossments of precious metals such as gold and silver. Hilts were frequently richly decorated with filigree vegetable or floral patterns, often with gold. This approach evidences that knives were not just a weapon, but an indicator of social status. In the creation of Georgian swords of the 16th and 17th centuries they used chased copper, engraved or smooth silver. The most popular ornamental featured grape bunches. Some Georgian sabres from the 17th and 18th centuries had ceremonial purpose rather than combat. Handles of these swords finish with a large, too curved pommel, so it would be inconvenient to use them to their direct purpose. The sheath had a bell-shaped skirt from morocco leather or it was covered with velvet. It also was made of carved or chased silver, sometimes it was gilded. In the 18th and 19th centuries, sheath for Georgian traditional knives like swords, sabres, daggers was usually covered with leather, sometimes velvet.

Undoubtedly, all this variety of cold weaponry plays an important role in Georgian culture. It is impossible to come to the country and not to see a huge number of masterpieces of armoury art on the shelves of souvenir shops. Interesting fact: only in 2013, the Georgian parliament has banned their citizens to walk down the street with a dagger. However, it is allowed to wear daggers as attributes with the national clothes, yet, it is impossible to imagine a real Georgian man without a sword, sabre, or at least a dagger.