The new Ambassador of Georgia to Ukraine is assigned 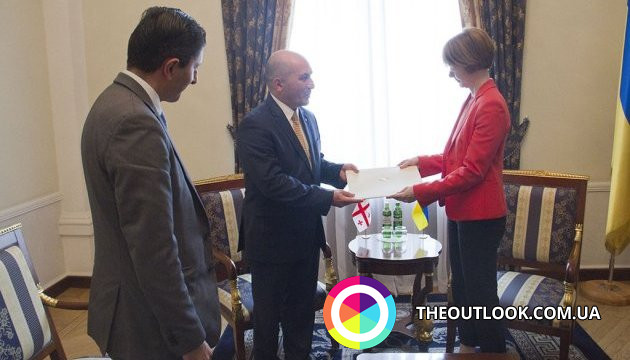 Gela Dumbadze commenced the duties of the Head of diplomatic mission of Georgia to Ukraine and gave the copies of credentials to the deputy minister of foreign affairs of Ukraine on the issues of European integration Elena Zerkal.

Elena Zerkal congratulated Gela Dumbadze with the start of diplomatic mission to Ukraine, expressed gratitude to Georgian side for the support of sovereignty and territorial integrity of Ukraine making emphasis on the eagerness of our state to the further development of mutually profitable collaboration between both countries’, it is said in the report of Ministry of International Affairs.

The sides expressed mutual readiness to support the active political dialogue and deepen collaboration in all the scopes representing common interest.

We are going to remind that from 2013 to 2017 the Ambassador of Georgia to Ukraine was the diplomat Michael Ukleba.