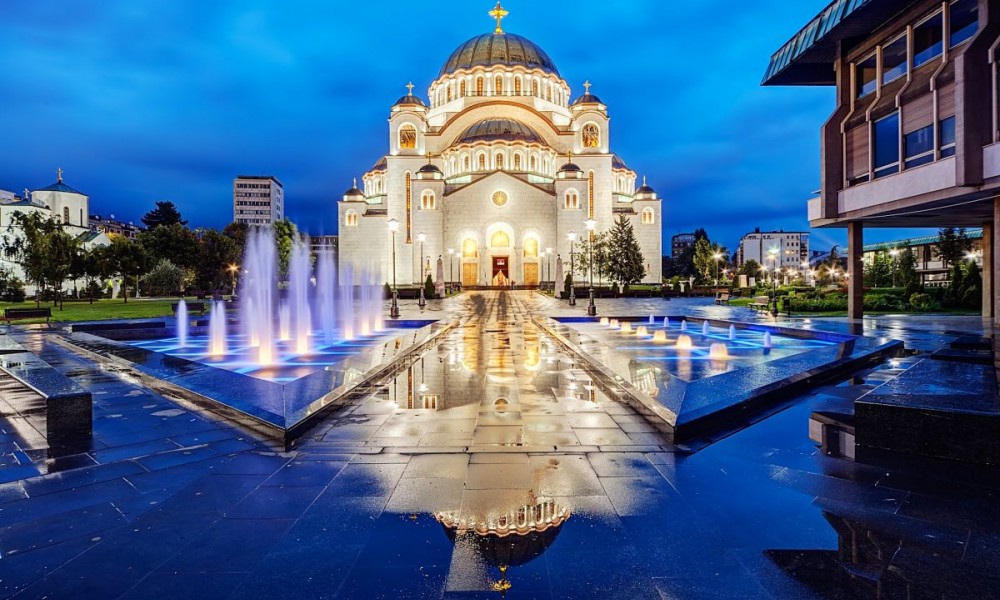 Balkans is the travel destination that is becoming more and more popular year by year. Perhaps, every traveler has its own favorite countries of the region, however, we cannot avoid telling about the main state of this semi-island Serbia.

Going to Serbia, dispose yourself to the fact that there almost everybody is crazy, and it is going to say not about any epidemics or quarantine but, vice versa, they cheer for sport and healthy lifestyle. Being incredibly emotional, Serbians pull no punches watching football or handball match. Absolutely all the citizens of Serbia are passionate about some competitions that is why if one knows about the sport at least a bit, he will, definitely, find the topic for the conversation. The main thing is not to get to Belgrade streets in the days of the main football derby of the capital when Red Star Belgrade meets Partizan Belgrade as the city is divided into two parts and fights almost always go beyond the limits of the stadium.

Serbians love boasting about the existence of immediately two flags. Official one differs from national flag with the presence of crest. By the way, it was accepted in 2004 even though the verily concept had been created in the 19-th century.

The main Serbian good intended for export is raspberry. In prolific harvest years Balkans plant up to the third part of all the world production delivering it to all the continents. In the meantime, in Serbia itself the prices for fruit are rather high because 95-98% of the harvest goes for export.

In spite of the good production of wines and strong alcohol beverages, among which there is prune brandy that features, Serbians hardly could be called as the drinking nations as even adult men may extend one wineglass during the whole evening. Nevertheless, it does not distort their attention from fun and open expression of their emotions what leads to opinion existing among visitants that they are surrounded only by drunk people.

Yet, coffee is the most popular beverage in this country. It is hard to count how many cups of exhilarating and aromatic coffee in average is drunk by one Serbia per one day. It is right, perhaps, to say that this beverage is brewed on any convenient occasion while people are smoking, eating Turkish paste, after the meal, during the break, etc. What is interesting, tea is not what could be compared in popularity because it is seen exclusively as the medical product during the flu.

Parimutuel betting is the main national hobby after the sport even though these scopes are often crossed. In Serbian offices which are frequently called as kladionica one can count on absolutely everything starting from the results of political elections and finishing with the forecast for travel season. Explosive Balkans loves arguing themselves hoarse and risk at the last money as it is in their genes.

The sense of life in imagination of Serbians it is, obviously, ‘merak’ what is translated as the blissout or pleasure. Being South citizens, like Spanish and Italian people, Serbians took from these nations tendency to life in love and harmony neither overworking nor ruminating.

Work, service, and private life should develop in frames of merak, otherwise it is not life but torture. By the way, because of that in Serbian shops and offices there is a kind of siesta widespread as well as very short working day as the labor for locals is, certainly, not a punishment, however, by far not the most important thing in life.

It is hard to say whom to blame if it the same merak or beautiful nature surrounding citizens and village inhabitants or well-balanced nutrition, however, Serbians is truly beautiful nations. Local men are rather high and well-groomed, the age of women is hard to be guessed, especially when one looks at them from the back. It is not surprising that different competitions of beauty quite often give prize places verily to Balkans.

Serbia is truly a paradise for travelers because every person will find what to do here. The country is rich for the ancient monuments of architecture, old churches and possibilities for ecological tourism. Its history is literally penetrated with the unique facts and events which could be studied on your own relying on the experienced guides. Here, in the verily heart of Europe Roman, Slavic, and Turkish cultures are highly connected as this combination awarded Serbians with interesting country giving up opportunity to see it with our own eyes.