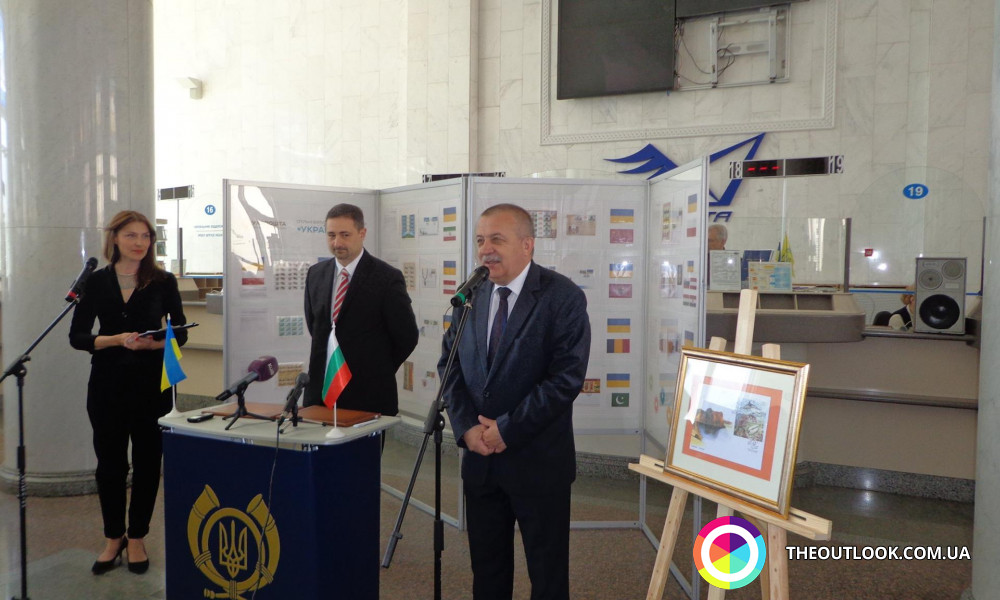 The Ambassador of Bulgaria to Ukraine Krasimir Minchev along with the General director of Ukrpochta Igor Smelyanskyy represented in Kyiv the post-stamp dedicated to the establishment of diplomatic relations between Bulgaria and Ukraine.

In December 2016 the director of specialized department of Bulgarian Philately and Numismatics under the Bulgarian post Stanislav Dochev and General Director of Ukrpochta Igor Smelyanskyy in the presence of the Ambassador Extraordinary and Plenipotentiary of Republic Bulgaria to Ukraine Krasimir Minchev, diplomats of Bulgarian embassy, Emilia Facheva, the member of director’s council of Bulgarian Post and workers of Ukrainian department signed the document on the production of the common stamp on the occasion of 100-th anniversary since the moment of establishment of diplomatic relations between Republic Bulgaria and Ukraine. (In 1918, the Kingdom Bulgaria approved Ukrainian independence after the signing the Treaty of Brest-Litovsk, then, it directed its first ambassador Ivan Shishvanov to Kyiv).