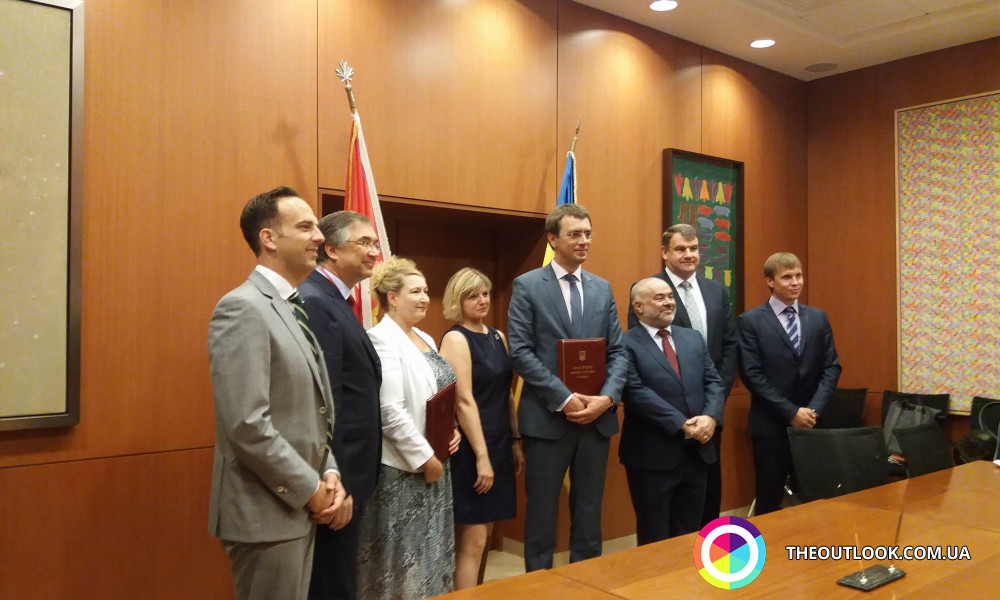 The Ambassador Extraordinary and Plenipotentiary of Canada to Ukraine Roman Vaschuk and Minister of infrastructure of Ukraine Vladimir Omelyan signed collective plan of actions on Ukraine’s going through audit of International maritime organization. The signing of document happened on the 12-th of July in the room of Embassy of Canada to Ukraine.

As it has been stated in the document, Canadian government will help the Ministry of infrastructure of Ukraine so as to prepare for International maritime organization effectively, During 2017 Canadian experts in collaboration with Ukrainian officials will work out steps that are crucial for introduction in Ukraine to get the positive conclusion from International maritime organization.

The Minister of infrastructure expressed gratitude to the government of Canada for collaboration and bringing the best world experts.

‘This audit will help to change the sea area in Ukraine completely. The purpose is to become open, competitive, and effective. We’d rather that investors come to Ukrainian market feeling comfortable and transparent’, emphasized Omelyan.

As Ambassador Extraordinary and Plenipotentiary of Canada to Ukrain Roman Vaschuk told, this document outlines collaboration and both countries experience exchange verily in the area of administration of maritime ports.

‘We are saying, Ukrainian capacities could be enforced so as to make it fulfill its duties as the country-member of International maritime organization’, remarked he.

In his turn, director of EDGE told that collaboration with Ministry of infrastructure has been continuing for several months. Also she said that councilor from Ministry of transport of Canada joined work team.

‘This reform is technically very important and complicated because as a result it should lead to make administration of maritime traffic. We should make a lot of steps till the end of audit the next winter. We consider that fulfillment of this reformation will become a signal for the entire world that Ukraine has serious attitude towards its international duties, and it is open for business’, added Tania Sanford Ammar.

The head of Ukrainian experts team became Anna Mazur. Also the experts from the USA and European Union will start working. The successful audit will show that Ukrainian maritime industry is open in terms of standards approved in the world and will encourage involvement of investments in the area.